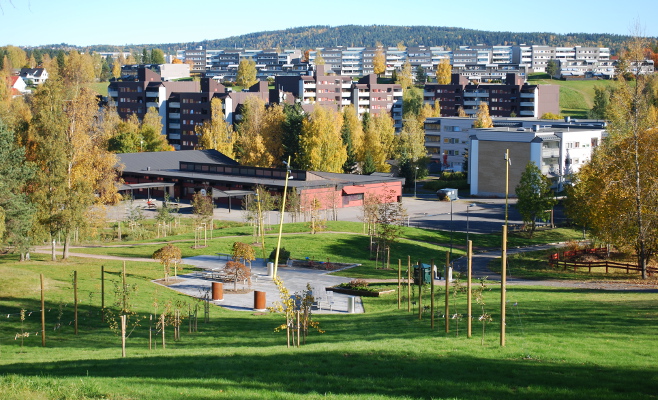 In a master's thesis supported by Osloforskning, Pål Oskar Hundebo has investigated whether Norwegian-born children of non-western immigrants have settled in neighbourhoods with a high concentration of immigrants as 30-year-olds. The survey targeted the offspring of immigrants from Pakistan, Turkey, Morocco, India and Vietnam.

One third of Oslo's population are immigrants or Norwegians of immigrant parents. Statistics Norway expects the proportion to increase to almost 50 per cent by 2040. A large number of Norway’s immigrants from non-western countries have settled in Oslo east.

New arrivals in Norway tend to settle in areas where other immigrants live. But what about their descendants who are a part of Norwegian society from birth? Do they settle in neighbourhoods with a high share of immigrants or do they choose other neighbourhoods?

Research shows that Norwegian-born children of non-western immigrants have on average higher incomes than their parents. As a result, they probably have more options in the housing market, and one might imagine that more have settled in affluent neighbourhoods in Oslo’s west where immigrant concentrations are usually lower. Nevertheless, the survey shows that income has little effect for the immigrant population on their choice of where to settle. This was a surprising finding, according to Pål Oskar Hundebo.

It is positive for an area that there is diversity in terms of income, and this can help to counter the marginalization of the area.

That high earners choose to settle in neighbourhoods with a high immigrant density probably contributes to raising the socioeconomic level in those neighbourhoods, comments Hundebo. “It is positive for an area that there is diversity in terms of income, and this can help to counter the marginalization of the area”.

Settling with a Norwegian partner

Although the trend is that adult children of non-western immigrants have settled in neighbourhoods with high a concentration of immigrants, there are common features to those who break the pattern. The survey shows that this applies to individuals with higher education degrees and/or have a Norwegian partner.

One reasonable assumption is that these individuals are better integrated through educational institutions and have larger social networks among ethnic Norwegians. "We see too big differences between the different ethnicities," says Pål Oskar Hundebo.

It is highly likely that level of education also plays an important role. The majority of Norwegian-born children of Turkish parents are not university educated, and there are only a few Pakistani and Turkish descendants who have a Norwegian partner.

The degree of integration of second generation immigrants is often considered an indication of how successful integration has been. Can we say that integration has failed when the second generation settle in the same type of neighbourhood as their parents? Not necessarily, says Pål Oskar Hundebo. "We do not know why they choose as they do, but proximity to friends and family, the availability of familial childcare and the like can be of great importance.

Many may be well integrated through their workplace even if they do settle in areas with high immigrant density.

Pål Oskar Hundebo wants to continue his neighbourhood research in depth. "It has been an incredibly instructive and exciting process. I have found answers, but am also left with many questions, says Hundebo. For example, we know little about immigrants' housing preferences and why they choose as they do.

He could further his research by conducting a study of income distribution in the immigrant areas of Oslo. Is it possible that Norwegian-born children of non-Western immigrants move to more affluent neighbourhoods that also have a high immigrant density?

Pål Oskar Hundebo received a scholarship from Osloforskning and Husbanken to complete his thesis. He received the award for best master’s thesis 2017 from Kunnskap Oslo.