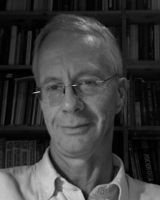 Political economy/economic sociology: Varieties of capitalism, with particular reference to European developments. Starting from comparative specification of varities of the Nordic model of welfare state capitalism, comparisons are made with other patterns of national development (particularly in other small economies, such as Ireland, the Alpine countries, the Netherlands and Belgium). With reference to such a Rokkan-inspired framework - transposed into political economy - comparisons to other regions of the world, e.g. Africa and Asia are possible. As a framework for such national developments, there is also the study of how the leading, hegemonic powers (Britain, the US) influences the institutions of the world economy (trade regime, monetary order, technological diffusion). Within this framework, the particuilar development of the Norwegian oil economy is a major focus. Lately, the impact of the 2008/9 financial meltdown is also an important topic.

Comparative, historical sociology: In addition to the topics just mentioned, another line of study focuses on the emergence and dynamics of particularly deep macro-conflicts, such as the Israel/Palestine-conflict and the conflicts in Northern Ireland, Sri Lanka, Chechnya, Bosnia, Algeria, South Africa, and so on.

The philosophy of the social sciences: The role of the natural science/humanities dichotomy in the development of methodologies for the various social sciences. If this dualism remains the crucial reference point, what is then the fate of various notions of middle range or grounded theory?

The history of Norwegian social science: Analysis of the postwar formation of social science disciplines, the extent of disciplinary despecification during the 1965-75 student revolt period, and developments during the "normalization" over the last thirty years.