The impact of children's sex composition on parents' mortality 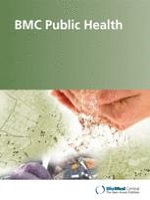 Background: This study explores the relationship between children’s sex composition and parents’ mortality in a contemporary western society. It improves on earlier research by using a larger and more representative dataset – constructed from registers and encompassing the entire Norwegian population.

Methods: The analysis is based on discrete-time hazard models, estimated for the years 1980–2008 for women and men born after 1935.

Results: When operationalizing sex composition as the “number of boys”, coefficients are insignificant in all specifications. However, when considering the three categories “only boys”, “only girls” and “mixed sex”, I find a small but significant disadvantage of having only girls, compared to having at least one child of each sex, for mothers of two or more children. Having only daughters is associated with a mortality disadvantage compared to having only sons for mothers of two children, but a mortality advantage among mothers with four children. Among women who gave birth to their first child as teenagers, those who have only sons have relatively high mortality. I also find an excess mortality both for mothers of only girls and mothers of only boys in the period 1980–1989.

Conclusion: These results lend some support to the notion that there is a larger benefit of the first son or daughter than the later children of the same sex, and especially in the earliest decade of the study period.