The Eilert Sundt Lecture 2018: How DNA makes us who we are

The DNA revolution has made it possible to use DNA to predict at birth who we will become. This will transform psychology, society and how we understand ourselves, according to professor Robert Plomin. 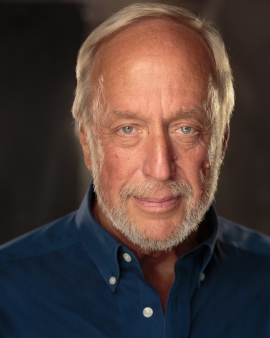 DNA is the blueprint for who we are, according to this years` Eilert Sundt lecturer, professor Robert Plomin.

This years Eilert Sundt-lecturer is a psychologist and behavioural geneticist best known for his work in twin studies and the genetics of human behaviour.  Based on his 45 years of research, professor Robert Plomin will make the case that DNA is the blueprint for making us us. 99% of our DNA is the same for all of us. This is what makes us human. The other 1% makes us who we are as individuals – how smart, how friendly, how vulnerable we are.

Our experiences with family, school and friends matter, but they don’t make a difference environmentally in the long run.

In other words, we would essentially be the same person if we had been adopted at birth and grew up in a different family, gone to a different school and had different friends.

Meet up early to be sure you get a seat.

See a recording of the lecture

Robert Plomin has been given lifetime achievement awards from the international Behaviour Genetics Association, the American Psychological Association and the Society for Research in Child Development, among others. He currently works at King’s College, London, has published more than 800 papers in scientific journals, and has more than 93 000 citations.

Eilert Sundt (1817 -1875) is considered to be the first social scientist in Norway. The first Eilert Sundt Lecture was arranged in 1993 and every year a distinguished international academician is invited by The Faculty of Social Sciences at the University of Oslo to hold a lecture in Eilert Sundt`s honor.