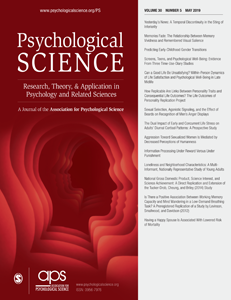 Although jihadist threats are regarded as foreign, most Islamist terror attacks in Europe and the United States have been orchestrated by Muslims born and raised in Western societies.

In the present research, we explored a link between perceived deprivation of Western Muslims and endorsement of extremism. We suggest that Western-born Muslims are particularly vulnerable to the impact of perceived relative deprivation because comparisons with majority groups’ peers are more salient for them than for individuals born elsewhere.

Thus, we hypothesized that Western-born, compared with foreign-born, Muslims would score higher on four predictors of extremism (e.g., violent intentions), and group-based deprivation would explain these differences. Studies 1 to 6 (Ns = 59, 232, 259, 243, 104, and 366, respectively) confirmed that Western-born Muslims scored higher on all examined predictors of extremism.

Mediation and meta-analysis showed that group-based relative deprivation accounted for these differences. Study 7 (N = 60) showed that these findings are not generalizable to non-Muslims.

This article is published in Psychological Science March 2019