“Hold on, brothers! The Russian army is Coming!”: Russki Mir and its Adherents in Germany

For the past fifteen years, the Russian government has been using the idea of Russki mir (Russian world) to target Russophone communities outside of Russia. The example of Germany shows how Russki mir has been able to mobilize Russian-speaking residents for a far-right agenda. 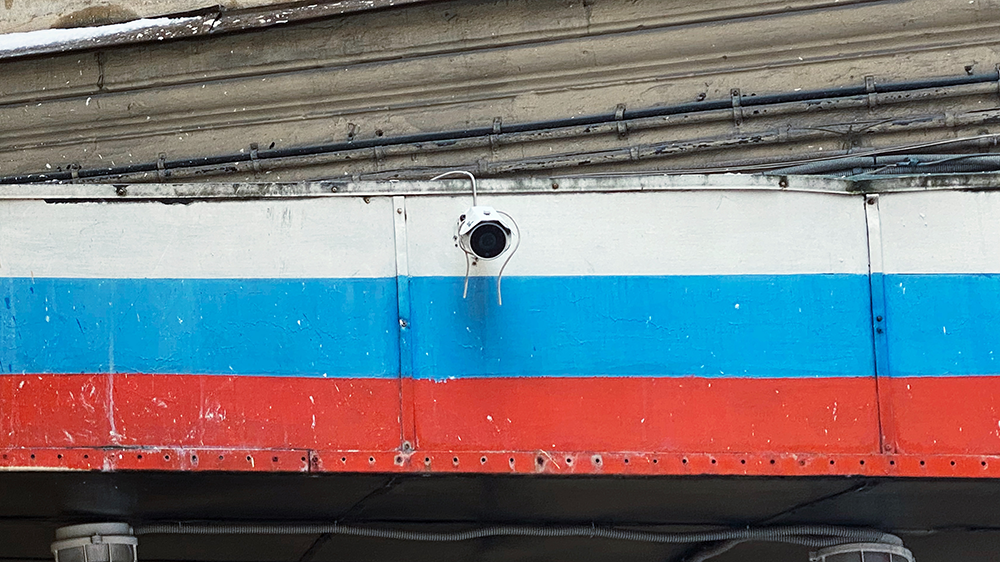 Photo by Ilya Ryabov on Unsplash.

Since 2007, the Kremlin has actively promoted the idea of Russki mir (Russian world) as a network of like-minded people that supports Russia and its core values, regardless of ethnicity or citizenship. Initially, this new ideological tool aimed to construct  Russia as a kin state for the 25 million Russian diaspora members who, after the dissolution of the Soviet Union, suddenly experienced an identity shift from being members of a titular majority to becoming a minority in their countries of residence. Soon, Russki mir became a concept, a foreign policy tool, and a set of cultural practices designed to construct a sense of belonging to Russia based on common historical memory, culture, language, religion, and a particular social and political vision. Since 2014 the Russian government has been using Russki mir to justify the invasion of Ukraine.

Until recently, most scholars and politicians considered the boundaries of Russki mir to be limited to the territories of the former Soviet Union, primarily the Baltic States, Kazakhstan, Belarus, and Ukraine. However, European liberal democracies, such as Germany, have also been subjected to the Kremlin's attempts to mobilize resident Russophone communities. That has been done with the tools of soft power, which also included the facilitation of support for far-right actors in target countries, and the use of social media to normalize anti-Western, anti-democratic and often ultra-nationalist rhetoric. The targeted Russian speakers re- and co-produce Russki mir on the ground by organizing rallies in support of Russia, giving votes to far-right politicians, or forming networks of like-minded people on social media. What could often drive those supporters to the arms of Russki mir is the desire to overcome the social exclusion that they face in everyday life due to their minority background. In this regard, the Kremlin suggests an alternative way to become a majority: to support the new power centre that challenges the whole world order.

The Russophone community in Germany

There are approximately 6 million Russian-speaking residents in Germany, making them one of the largest language minorities in Germany. Many of them (around 2.4 million) constitute ethnic German resettlers (Aussiedler) and their family members, coming from the former Soviet Union. With their access to German citizenship rights, Aussiedler constitute the biggest group of immigrant voters in present-day Germany. For a long time, both in the academic literature and social and political debates, they have been considered politically passive, which has been explained by a supposedly successful integration. The other groups include Jewish quota refugees, political refugees from Dagestan and Chechnya, migrants from Ukraine, Belarus, Russia, and the Baltic states, as well as students, activists, and seasonal labour workers from all over the former Soviet Union. Thus, the Russian speakers in Germany are not a heterogeneous community but rather a “mosaic of many diasporas”. They differ from each other in the levels of integration, migration reasons, and grievances, but are united by the Russian language and perceived shared cultural traits.

Upon arrival in Germany, many Russian speakers, regardless of origin and the reasons for migration, are faced with (perceived) social exclusion related to their migrant background. That was particularly evident in the case of Aussiedler, who experienced a significant identity shift, which they often characterize with the saying: “In Russia we were Germans, and now we are Russians”. As an attempt to overcome perceived exclusion, many minority members continued socializing and building various Russian-speaking networks, which gave them easier access to instrumental knowledge on how to operate in the new environment, helping them find jobs, accommodation, and secure legal status.

Since the early 2000s, the Russian government has used Russki mir as an instrument of diaspora politics, so more than 25 million Russian-speaking residents across the globe could start perceiving it as a new homeland. To do so in Germany, the Kremlin used soft power. For instance, it has established several organizations aiming to promote "Russian values" and culture. One of the most prominent ones is the Russian World Foundation (RWF) and Rossotrudnichestvo (the Federal Agency for the Commonwealth of Independent States Affairs, Compatriots Living Abroad, and International Humanitarian Cooperation), both of which sponsored numerous programs of cultural and scientific exchange to “spread Russian culture and language”, embedding the values of Russki mir: conservatism, Orthodoxy, and anti-Western sentiments. Russian-language media and TV networks, including Rossiya 1, RIA Novosti, REN-TV, Channel One, RT, Raptly and RT Deutsch, in Germany, were also used as soft power tools to promote Russki mir. Due to the general lack of other large-scale Russian-language sources of information in Germany, many Russian-speaking residents have come to share the same perspective of a world where Russia plays an important role, not only as their perceived kin state and potential protector but also as a global challenger.

Support for the German far right

The values of Russki mir partly coincide and intertwine with the agenda of the German far right. Both emphasize a conservative agenda, exclusionary nationalism, and anti-immigrant policies. Beyond that, there is evidence of ideological and structural cooperation with the German far right, including neo-Nazi actors and political figures in Russia. Since 2007, when Putin proclaimed the importance of Russki mir, it was becoming particularly noticeable how the Kremlin employed the far-right agenda to mobilize the Russian-speaking minority in Germany, in the hope of undermining faith in democratic institutions and European independent media. Over the following ten years, various far-right groups in Germany claimed to speak for the Russian-speaking minority in the country and expressed pro-Russia stances. Among these were the neo-Nazi National Democratic Party of Germany (NDP), which targeted “all German brothers and sisters from Russia”; the right-wing extremist organization PEGIDA; the small far-right party DIE EINHEIT, aiming to represent Aussiedler; and Alternative für Deutschland (AfD).

With the start of the war against Ukraine in 2014, Russki mir came to the forefront of Russia’s foreign policy, and so did support for far-right actors among Russian speakers. On April 20, 2014, around 150 ultra-nationalists (of which 50 were Russian speakers) gathered in front of the Russian embassy and the Bundestag and went out to demonstrate support for Putin’s Ukraine policy. Two years later, at least 10,000 Russian speakers protested in German cities against the arrival of refugees from Syria. Another year later, they showed disproportionately growing support for the AfD. Soon, AfD became a major platform for supporting Russian politics and Putin's regime. After the Bundestag elections in 2017, the increase in votes for the AfD rose significantly in districts populated by Russian speakers. At that time, Aussiedler became the biggest minority group of immigrant origin in Germany to support the far right.

Bringing Russki mir to the streets: the role of social media

Russki mir in Germany is actively spread on social media, both by digital automation tools (bots) and by Russian-speaking users. Since 2007, dozens of Russian- and German-language groups have been created on platforms such as Facebook, Vkontakte, Odnoklassniki, WhatsApp and Telegram to unite those minority members who reside in Germany. Many of them are presented in neutral terms (for instance, the 55.7k Facebook group “Russians in Germany”), but once people join, they get exposed to pro-Russian state narratives. Such inherent features of social media as everyday engagement, instant messaging, and perceived anonymity contributes to the normalization of anti-Western, anti-refugee, and conservative values among its followers as minority members attach greater importance to information spread along the boundaries of their ethnic groups.

In 2016-18 these online groups became a powerful springboard for organizing in-person demonstrations against refugees. With the invasion of Ukraine this year, online communities played a powerful role in radicalizing minority members along the lines of Russki mir ideology. As of August 2022, more than 40 demonstrations in Germany have been organized by the three primary Telegram channels that aim to unite all Russian speakers residing in the country, who are, according to channel descriptions: “sticking to the right side in an unprecedented information war”. Each of these channels has a specific set of community-building practices, which allows for both grassroots engagements and the top-down spread of pro-Russian sentiments. Users, therefore, not only develop a symbolic attachment to the members of these groups but also act as reproducers of Russki mir ideology themselves by sharing and commenting on the news.

Russki mir in Germany targets the large Russian-speaking minority group, many members of which have voting rights and can influence the political landscape in the country by supporting the far right. The primary means by which the Russian government achieves this includes soft power tools, aiming to construct the vision of Russia as a kin state for all those knowing the Russian language and sharing anti-Western views. Minority members are often drawn to Russki mir by a sense of social exclusion. While they might have never lived in or even been to Russia, many use the Russian language in everyday settings, therefore, making it one of the primary defining features of their identity. The prejudices that some minority members faced when migrating to Germany led them to join the networks of their perceived compatriots, including the ones that exist only on social media. Widespread pro-Kremlin and far-right rhetoric in these channels has led to the normalization of Russki mir values. Thus, they can overcome their perceived social exclusion in Germany by reconstructing the sense of belonging to an alternative power centre, the Russian World.