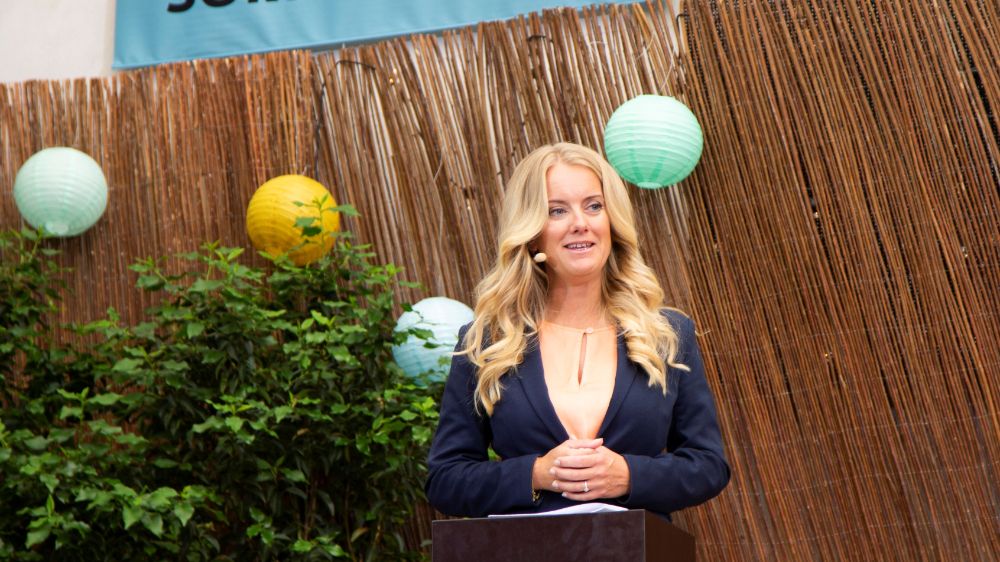 Is the ‘New Right’ replacing the ‘old’ Danish People’s Party?

For many years, the Danish People's Party (DF) was considered one of the most successful populist radical right parties in Western Europe, climaxing in the 2015 Danish elections, where it became the second largest party. However, DF’s support drastically plummeted in the 2019 elections, due to a combination of voter dissatisfaction, the mainstreaming of anti-immigration positions, and the party’s poor performance on climate policy, with the former chair, Pia Kjærsgaard, labelling climate activists as ‘climate crazies’.

Concurrently, the new immigrant-hostile party Nye Borgerlige (NB) is steadily climbing the election polls. Running for the first time during the 2019 elections, the party's campaign was based on heavy criticism of the centre-right government’s allegedly ‘slack’ migration and asylum policies. In response, NB promoted a far more restrictive immigration policy, while calling for liberal economic policies, including the lowering of taxes. This places the party squarely in the liberal conservative ‘blue block’ of Danish politics, unlike DF, whose socio-economic policy is closer to that of the Social Democratic Party in the ‘red block’.

In the 2019 elections, Nye Borgerlige only obtained 2.3% of the votes, but it is estimated to receive between 9-11% at the next elections, one opinion poll even placing NB as the third largest party, surpassing the ruling Liberal Party (Venstre). Just in one year, NB’s membership has more than doubled, from around 6,000 members to now attracting more than 15,000 people. Moreover, unlike DF, who refused to join the Liberal Party-led government in 2015 against its voters’ wishes, NB’s leader, Pernille Vermund, recently announced that Nye Borgerlige would accept a future ministerial position, if this was its voters’ desire.

Competing for the most restrictive immigration policies

Within a relatively short period, Vermund has managed to position Nye Borgerlige as the genuine champion of strict immigration and asylum rules, while stealing votes from especially the Liberal Party and DF. In a Danish context, where mainstream parties already compete for proposing the most restrictive policies against third-country immigration, one can wonder if there remains space for parties espousing even harsher stances.

Yet, NB’s stance appears to be electorally beneficial: in the 2019 elections, most new NB-voters came from DF and the Liberal Party. It still remains to be confirmed whether this voter shift signifies that the promise of harsher immigration policies takes precedence over generous and protectionist welfare policies amongst DF’s electorate, yet, these figures indicate this to be the case for at least a segment of its voters. Overall, NB’s introduction indicates a new political development, which inspires a number of questions about the state of Danish politics and the rationales for voting for the far right in Denmark. Yet, while DF has been scrutinized since its foundation in the mid-1990s, NB has so far received little scholarly attention. So, what is Nye Borgerlige’s political strategy, and which voters do they attract?

In terms of the supply side, Nye Borgerlige actively attempts to distance itself from all other established Danish parties. This includes a strong social media communication strategy, which for instance plays on popular culture, such as imitating iconic ‘Friends’ scenes and The Beatles covers, and includes the slogan “We are not like the others”. The party in general appeals to a different population segment than DF, whose welfare protectionism and nostalgic portrayals of Denmark’s cultural history is usually mainly directed at manual workers and elderly segment of the Danish electorate.

An analysis of NB’s voter composition showed that it mainly consists of men (66%) in the ages 18-49, and that most have vocational training and work in the private sector.  Danish election analyst Kasper Møller Hansen ascribes NB’s voter composition to its core issues (a diminished public sector and a strict immigration policy), plus its strong female leadership, which together attract mostly male voters. A similar assessment of DF’s electorate revealed that the gender balance is almost equal (54% male), most are 50 or older (around 60%), and the majority either work in the private sector (33%) or are outside of the labour market (51%).

Capitalizing on the Danish ‘child bride controversy’ and workplace harassment

Although immigration has been low on the Danish political agenda due to COVID-19, NB has managed to capitalize on other key events to further distance itself from the political establishment. One such event was the so-called ‘child bride case,’ which involved the previous Minister of Integration, Inger Støjberg (Liberal Party). She is accused of having violated the law in 2016, when married asylum-seeking couples were forcefully separated without individual assessments, if the bride was below the legal age of 18. This decision led to scrutiny by the ‘Instrukskommission’ (Instructions Committee). While the Liberal Party struggled to find the right stance regarding Støjberg, both DF and NB strongly supported her argument that she opposed ‘child brides’ because of her conscience. NB introduced a petition of support for Støjberg, and referred to the Committee as the ‘Child brides Committee’, discursively trying to move the attention away from the law breach. Despite leading to an impeachment case for Støjberg, the case provided valuable spotlight for NB, which used the situation to promote its own anti-immigration positions, blaming mainstream and left-wing parties for not acting in the best interests of the young brides.

MeToo also attracted attention in 2020, particularly in relation to sexual harassment at the workplace. The discussion was (re-)ignited due to a speech by a female TV host, Sofie Linde, who problematized the issue by drawing on her own experiences as a young employee at a national television network. NB managed to capitalize on its opposition to the second wave of the Me-Too activism, appealing to a group of younger liberal men. This contrasted with DF’s pragmatic silence on the issue, despite the party’s promotion of gender equality as a special Danish value, an argument frequently used against Muslim minorities. An election poll published during the heated debates showed that Nye Borgerlige attracted new, primarily male, supporters, due partly to its staunch criticism of the Danish Me-Too movement and partly because of revelations of sexual harassment within some of the established parties during the period.

Nye Borgerlige’s COVID-19 response: ‘Give Danes their freedom back’

In relation to COVID-19, NB initially joined the national consensus, and expressed support of the government’s handling of the pandemic. Yet, as the crisis advanced, NB turned increasingly negative, particularly criticizing the strict virus containment measures, including the forced lock-down of Danish businesses. The sharpest critique involved the so-called ‘Mink case’, in which Vermund called for a vote of no confidence in the government for its law breach when deciding to close all fur farms and kill all Danish mink to stop the possible spread of COVID-19. Moreover, since December 2020, Denmark has been in a phase of strict lock-down of schools, trade and social life. Together with the other blue block parties, Vermund demands an opening, urging the government to “[g]ive the Danes their life and freedom back”, while criticizing the government for listening mainly to expert virologists and not considering the economic costs of the crisis.

It remains to be seen whether NB can uphold its momentum and positive opinion polls until the 2023 elections. Yet, so far, the prognosis indicates that DF’s support for an ethno-national Scandinavian welfare model is not the only viable option for the contemporary far right for achieving an electoral break-through in Denmark.