Mimicking and manipulating the news: how neo-Nazis use professional media to promote antisemitism 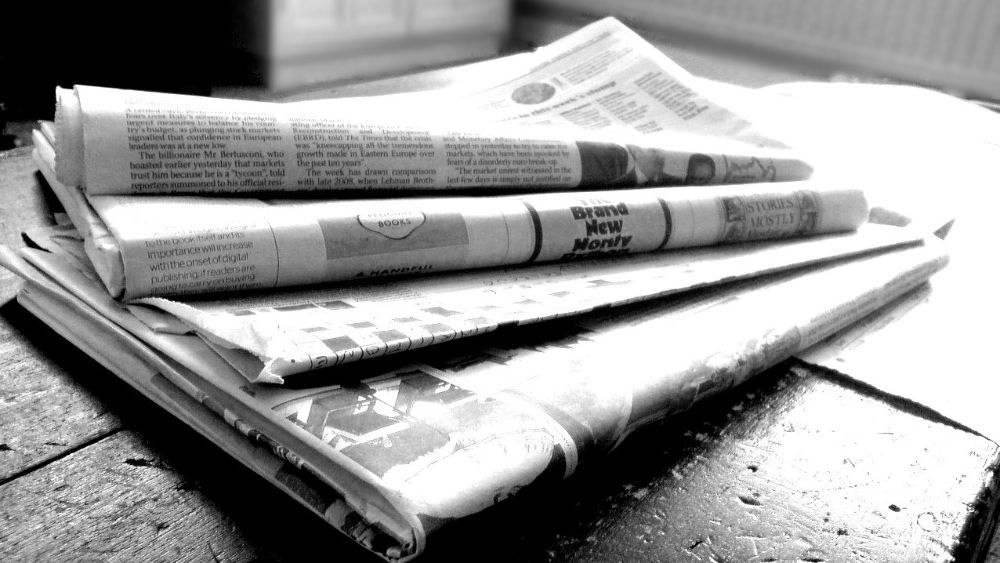 How can it be that a member of the Norwegian Parliament recently shared an article from a neo-Nazi website on social media? According to her own apology, it was not because she shares their values, but because she confused the content with an article from a legitimate news source. In our recently published article, we demonstrate how this neo-Nazi website, Frihetskamp [Freedom Fight], uses content from professional media to promote antisemitism. We argue that the strategies used can make it difficult for people to tell the difference between neo-Nazi news and regular news.

A key trait of alternative media, regardless of their ideological affiliation, is that they perceive and position themselves as correctives of the mainstream news media. Far-right alternative media criticize “the mainstream press” for being biased, elitist, leftist, politically correct and distanced from the people. At the same time, they often select, amend, and mimic the features of stories from professional news media in production of their own news. The website we have studied is owned and run by the Norwegian division of the Nordic Resistance Movement, an organization which represents a right-wing extremist worldview. More specifically, we have investigated how they recontextualize news, referring to how news stories originally published by mainstream news media are manipulated and republished on Frihetskamp. As a result, the content of the news changes meaning and becomes what we describe as “uncivil news”.

We argue that it is of particular concern that the website in question mimics the visual layout and content of professional online newspapers to a large degree, which can potentially mislead audiences who are not supportive of the Nordic Resistance Movement’s cause, but who are unfamiliar with the symbols and language of neo-Nazis. Furthermore, by using news produced by legitimate news media that adheres to professional ethical standards, the Nordic Resistance Movement constructs their uncivil message in a way that can be difficult to detect. In a Norwegian context, there have been several examples of news content from Frihetskamp that was shared on social media by people presumably unaware of news the site’s extremist stance. By deconstructing news published on Frihetskamp, our study contributes with knowledge concerning how antisemitism is expressed in high-choice digital media environments, where the threshold for producing and distributing content is low and where it is increasingly difficult to distinguish between civil and uncivil information providers.

How are Jews and “the Jewish” portrayed in neo-Nazi news production? In our study, we found four distinct forms of antisemitic representations that stand out when news items from professional media sources are selected, manipulated, and republished on Frihetskamp: 1) the Jews as powerful, 2) the Jews as intolerant and anti-liberal, 3) the Jews as exploiters of victimhood, and 4) the Jews as inferior. These exclusionary and conspiratorial ideas, also known from historical Nazi propaganda, are reproduced by connecting them to contemporary societal and political contexts and the current news agenda.

First, our study found that news stories about politics and societal affairs, in which (alleged) Jewish individuals or organizations are involved, are used to portray Jews as powerful scapegoats who work behind the scenes to endorse what is deemed destructive trends in society, including increased immigration, dissolution of traditional gender roles, biased media, and restrictions on freedom of expression. News stories about investor and philanthropist George Soros, for instance, echo the historical and conflicting antisemitic myth of Jews as powerful, corrupt capitalists who are also linked to left-wing ideology. While the mainstream media sources used simply refer to Soros with labels such as “Hungarian-American businessman” or “liberal billionaire”, he is systematically referred to as a “Jewish multibillionaire” on Frihetskamp. By emphasizing his alleged Jewish identity and connecting it to features such as being rich, influential, and leftist, Soros is made into a symbol of Jews as the ultimate political enemy.

Second, by manipulating news from established media about antisemitic hate speech and proposals to ban Holocaust denial, the neo-Nazis present themselves as tolerant and Jews as illiberal opponents of the democratic system and democratic values such as freedom of speech and equality. News stories on these topics are used to “prove” that freedom of expression is limited and that Jews are at the forefront of pushing such restrictions. Another feature of this seemingly democratic language is a common claim or insinuation that Jews discriminate against others. In this context, news coverage on Israeli politics is manipulated to suggest that Jews in general have a racist and exclusionary worldview.

Third, news stories on antisemitism, racism, and hate crime aimed at Jewish targets are manipulated to trivialize or deny that Jews have been victims of violence and hate. The mainstream media sources used by neo-Nazis describe the details of, and reactions to, terrorist attacks and hate crime targeting Jewish individuals or institutions in a neutral and civil manner. Nevertheless, the news on Frihetskamp characterizes Jews as easily violated and focus on how they deliberately exaggerate and exploit their (historical) status as victims. The Nordic Resistance Movement systematically refers to antisemitism and hate crime with quotation marks or as “so-called” or “alleged” antisemitic events – small amendments and linguistic means that are used to express irony or doubt. In its most extreme form, this type of ironic and trivializing language is also used to covertly communicate Holocaust denial.

Finally, a general finding in our study is that relatively few examples of explicit or derogatory antisemitic content appear in the news published. In the few cases that it does, the Nordic Resistance Movement disguises uncivil messages as the statements of other actors. Examples of such dehumanizing metaphors and racist slurs include news reports about a Dutch professor who has referred to Jews as “evil parasites”, an American left-wing activist who was arrested for tagging “Die Jew Rats” on a synagogue, and a Norwegian hip-hop artist who was reported for saying “fuck Jews” from the stage. By simply referring to quotes by others, the Nordic Resistance Movement can convey explicit antisemitic language – including dehumanizing, racist, and prejudiced sentiments – without it being obvious that they are an inherently antisemitic and uncivil news publisher.

Blurring the boundaries between the civil and the uncivil

To sum up, our study shows how neo-Nazis mimic and manipulate content from professional news media to promote antisemitism in both overt and covert ways. However, the overarching message is presented in bits and pieces throughout the news coverage on Frihetskamp – and often by implicit means. Consequently, when readers have limited knowledge about historical antisemitic tropes, the uncivility of the news about Jews can be difficult to detect. Furthermore, the fact that the news coverage is based on actual news from the established media, with traceable sources, may create a sense of legitimacy that blurs the boundaries between the civil and uncivil. This is of great concern, because as the digital sphere has become more complicated and messy, and is a place where a great variety of actors competes for our attention, uncivil actors might reach new audiences and manage to infiltrate the social media sphere with uncivil content. It turns out that even elected politicians may be fooled.