How do Norwegians interpret July 22 today?

There is a significant potential for conflict among Norwegians regarding how they understand the terrorist attack July 22 a decade after, according to Anders Ravik Jupskås and Øyvind Bugge Solheim. 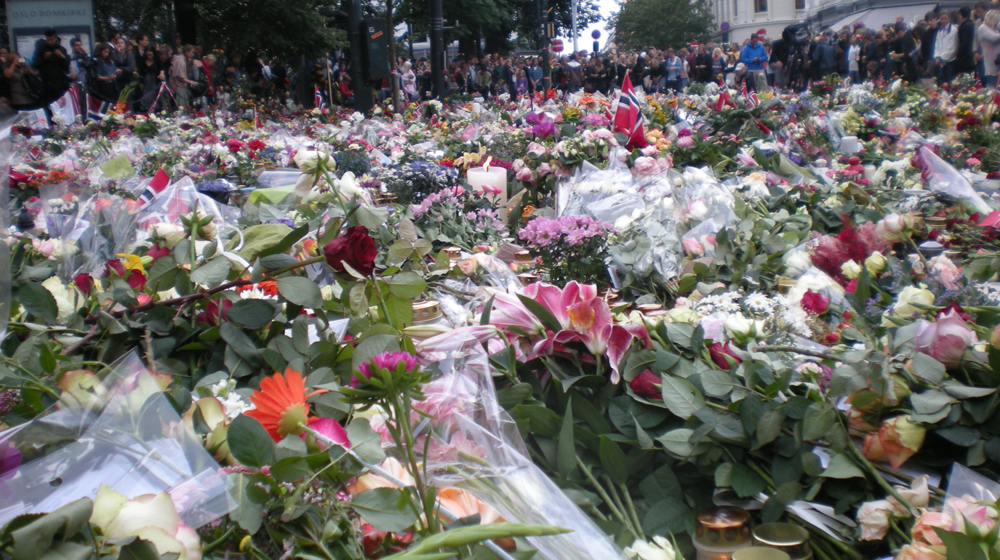 This article was originally published in the Norwegian newspaper VG, and is based on a lecture delivered at the conference 10 years after 22 July: Knowledge status and knowledge needs, 10 June 2021.

The terrorist attack on July 22, 2011, was mainly understood as an attack on “democracy”. The attack was political, but not party political. Norway was supposed to respond with “more openness, more democracy, more humanity, but never naivety”. Several publications and op-eds in Norway during this year show that not everyone shares this understanding.

But what do Norwegians in general think about the attack today? Do they agree or disagree about what happened? In a relatively new survey, we asked a representative sample of 2000 Norwegians above 18 years old what they think about July 22: Who was attacked? Why did it happen? And how did Norway respond?

Both insanity and ideology

The answers show that Norwegians agree on many things. Three out of four believe that either “democracy” or “the Labor party and its youth wing” were attacked. Almost everyone think that the perpetrator was motivated by right-wing extremism and that he was insane. This may seem surprising given that the trial and the public discourse at the time gave the impression that the ideology and insanity-argument were mutually exclusive. However, we should keep in mind that even if the second team of psychiatrists, in contrast to the first team, concluded that the perpetrator was not suffering from paranoid schizophrenia, this team did find Breivik to have a “dissocial personality disorder” as well as a “narcissistic personality disorder”. Also, some of the respondents in our survey probably have a more layman’s understanding of insanity. The perpetrator must be insane in some way or another to carry out such a brutal terrorist attack.

Furthermore, Norwegians largely agree that we have dealt with the attacks in a good manner (71 percent) and that the attack did not make it more difficult to speak freely (also 71 percent). A clear majority (three out of five) also think that our values are stronger today than before the attacks and that we have addressed July 22 enough in the public debate.

Political gain due to July 22

Whilst there is general agreement on some questions, there are also clear disagreements.

A small minority do not see the attacks as being only, or even mainly, against “democracy”, but against “multicultural Norway” (two out of five) and/or “the left” (one out of five). A small minority (just over 10 percent) is of the exact opposite opinion, namely that the attack had nothing to do with politics at all.

Norwegian citizens are also divided in their view on whether a problematic upbringing played a role in Breivik’s radicalization, even when this explanation is central to Aage Storm Borchgrevink’s critically acclaimed book, A Norwegian Tragedy: Anders Behring Breivik and the Massacre at Utoya. This could be because the terrorist’s upbringing has been relatively little discussed in the public discussion about July 22. Either way, there are many who say they do not have a strong opinion on this issue, or that they simply do not know.

Clearer fronts emerge when we asked whether terrorism is a result of immigration policy – an explanation that was promoted by the terrorist himself and by other radical right-wing politicians. The majority disagree with this statement (and very many of them completely disagree), but a significant minority (23 percent) believe that the perpetrator’s own explanation has some truth to it.

The most disagreement occurred when we asked about the political reactions to the terror attack. Three out of five believe we have not confronted right-wing extremism enough, whilst just over one in five disagree. As many as a third of respondents believe that the Labour Party has politically exploited July 22.

The disagreements form the basis of three competing narratives about July 22, all with clear ideological and party-political biases.

Those who support the democracy narrative believe that it was democracy, and not the left, that was attacked. Ideas about why this happened differ, but most agree that Norway handled the attack well, and that our values are stronger today. This narrative is widespread in society: 40 percent strongly support it. Support for this narrative comes from people who are sad, but not angry, when they think about July 22. They have high political trust, centrist voting preferences and their position on immigration is neither liberal nor restrictive.

Those who support the diversity narrative, on the other hand, believe that the attack was not just targeting democracy, but also Norway’s multicultural society, the Labour Party, and the political left. The reason behind the attack is right-wing extremist ideology, which means there is a need for more discussion about the July 22 and to take a clearer stance against the ideology behind it, to prevent it from happening again. This narrative also has considerable support, although not as much as the democracy narrative: 25 percent fully support it. Proponents of this narrative feel sad, angry and afraid when they think about July 22 – much more so than the rest of the population. They do not have particularly high political trust, have a liberal position on immigration, and vote for left-wing parties (Labour, the Socialist Left and the far-left party, Red).

Those who support the far-right narrative have a totally different understanding of July 22. According to this narrative, the target selection was not political, although the reason behind the attack was immigration policy. The narrative thus illustrates how parts of the population legitimize (some of) the terrorist’s attitudes, whilst at the same distancing themselves from his actions. Whereas the diversity narrative considers the attack to have been politicized too little, the far-right narrative is based on the belief that the attack has been politicized too much. The far-right narrative portrays the Labour Party as exploiting the incident and puts forward the notion that censorship of immigration criticism has increased. Full support for this narrative is substantially lower than for the other two, but with eight percent support for this narrative, it still represents the views of a significant number of people. Support is particularly strong among those with right-wing extremist ideologies (i.e. those who believe that Norway is for white people and that violence is legitimate), and people who are critical towards immigration. They have low political trust and vote primarily for small far-right parties, the right-wing populist Progress Party, but also for the Conservatives.

The strengths of the democracy narrative in the short term have become its weaknesses in the long run. Whereas it clearly seemed to unite the population in the period immediately after the attack, it now risks turning July 22 into a closed chapter (“we handled it well”), to make those hit hardest (The Labour Youth movement and the Labour Party) invisible in public discourse, and to delegitimize the diversity narrative as an unreasonable politicization of what happened. The result is growing anger among supporters of the diversity narrative, and their clearer demands to be heard in public. As we have already seen, this can lead to a backlash from those who support the far-right narrative. To avoid the legacy after July 22 becoming increasingly polarized, it is therefore crucial that the democracy narrative and the diversity narrative are allowed to coexist.

This blog post is based on an article in a Special Issue in Perspectives on Terrorism: "Consensus or conflict? A survey analysis of how Norwegians interpret the 22 July attacks a decade after". The Special Issue, titled ‘The Long-Term Impacts of the July 22, 2011 Attacks in Norway – Ten Years After’ is co-edited by Anders Ravik Jupskås and Tore Bjørgo, and contains many more articles on the aftermath of the July 22 terror attacks.