Ariel Goldstein explains how Brazilian president Jair Bolsonaro, the charismatic ‘Lula of the right’ came to power, in the context of a historical third wave of Latin American far right politics. Bolsonaro capitalized on an interlocked crisis in Brazil, and built his government on a coalition of evangelical pastors, the military, financial markets and the agribusiness sector. 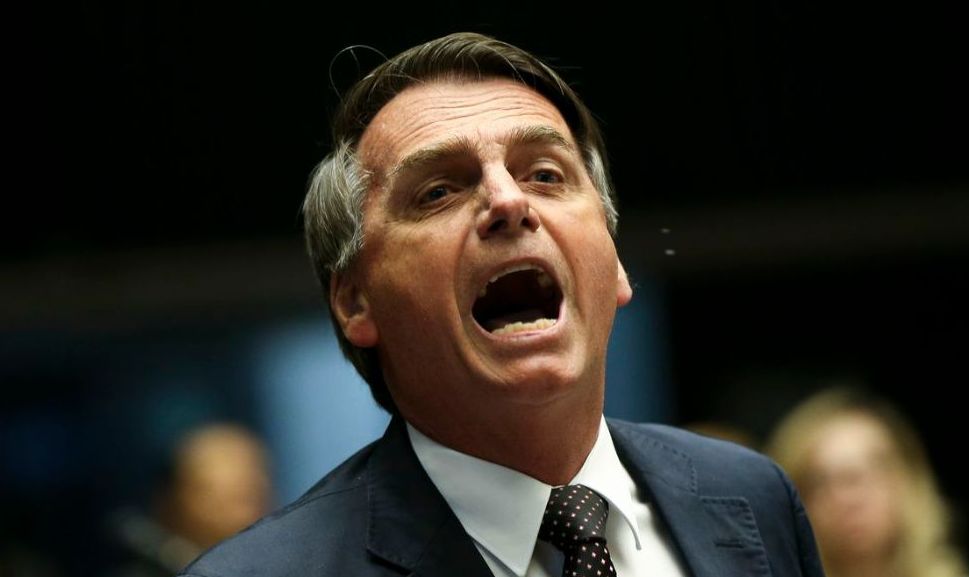 This blog post is based on the C-REX Webinar series Global perspectives on the Far Right. Click here to watch the recorded session with Ariel Goldstein, or to sign up for the webinar programme. The next session will be held on March 3rd, in which Naoto Higuchi will present research on the far right in Japan.

In the history of the Latin American far right, authoritarian and charismatic military leaders have played an important role. We can identify three waves of the far right in Latin America, of which the first started in the early 20th century. With the 1930 Wall Street crisis emerged “classical populism” in Argentina and Brazil, understood by the elites as a defense against communism and by the working class as an improvement of their social conditions. With support from the military, Juan Perón in Argentina, and Getúlio Vargas in Brazil, established alliances with far right and fascist intellectuals and supporters. This was an important moment that displayed the European fascist influence on Latin American governments.

Both Perón (a former general) and Vargas (a close ally of the army), were admirers of European fascist regimes, but established alliances, and gave new rights, to the urban working class and poor rural communities. This authoritarian democracy replaced traditional and aristocratic elites, who lost their power in the process. Both Perón and Vargas established semi-authoritarian regimes, presented themselves as the best option against communism, and persecuted communist leaders.

A marriage of authoritarianism and neoliberalism

A second wave of the far right began after the 1959 Cuban Revolution and at the start of the Cold War in Latin America. The fear of communism among elites and the support of the United States against left-wing radicalization defined this context. A powerful cycle of far right dictatorships appeared during the sixties and seventies, which attacked left wing movements and working class leaders in particular, and were particularly cruel in the Southern Cone (Argentina, Brasil, Chile and Uruguay) and Central America. Most representative of this period was the Augusto Pinochet dictatorship in Chile (1973-1990), which was the first union of neoliberalism and authoritarianism in the region. The military general Pinochet was the most important leader of the Latin American far right and modeled a right wing order in Chilean society that remained after he left the presidency.

We currently find ourselves in the third wave of the Latin American far right. It emerged against “the pink” tide in Latin America – a cycle of progressive anti-neoliberal and left wing populist governments – that started with the victory of Hugo Chavez in 1998 and followed in other countries. Colombia represented the most successful case of right wing populism in this period under the presidency of Álvaro Uribe (2002-2010). Using the armed conflict with the FARC (The Revolutionary Armed Forces of Colombia) that started in the fifties, left wing parties and candidates have been qualified as “terrorist”, equating left wing groups with the guerrilla.

Overall, the history of the far right in Latin America has been shaped by military power and neoliberalism, and its influence is clearly visible in today's Bolsonaro presidency.

Bolsonaro: from marginal politician to president

Bolsonaro has always been a strong proponent of authoritarianism, in a Brazilian context where the army still enjoys widespread approval among citizens, and has thus far not been judged for their past crimes. His electoral victory in 2018 signaled strong support for the third wave of the Latin American far right, in a country with great geopolitical and economic significance in the region. Bolsonaro retired from the army in the 80s, after controversy over his denouncement of low salaries in the army, and his alleged violent intentions against the Minister of War, Leônidas Pires Gonçalves.

From the late eighties until 2016, Bolsonaro was a marginal politician, who had established his political base in Rio de Janeiro with police and military voters. He participated in small parties, particularly in the Christian Social Party, commanded by evangelical Pastor Everaldo, who baptized Bolsonaro in the Jordan River in Israel.

A story of David and Goliath

Bolsonaro announced his candidacy for president in 2016, within a context of interlocked crises: economic, social, political, and security-related. Since 2005, the mainstream media had been promoting the idea that the Workers Party were a corrupt party and former president Lula represented a “chavist populist”. This situation empowered the frustration with the corruption and the economic crisis produced during the Workers Party governments between 2013 and 2016. The influence of the military increased throughout the short and controversial presidency of Michel Temer (2016-2018). During Temer’s highly conservative and widely unpopular presidency, the Federal Government ordered military intervention in Rio de Janeiro, which was struggling with security issues at the time. Temer’s presidency was the first step of the government’s militarization, which further developed under Bolsonaro.

During his presidential campaign, Bolsonaro presented himself as David, fighting against the Goliath of the corrupt political class. When Bolsonaro was attacked and stabbed in Juiz de Fora, Minas Gerais, on September 2018, this empowered his narrative. After this event, he refused to debate with other candidates on television, and only gave exclusive interviews to the evangelical channel TV Record.

The ‘Lula of the radical right’

Bolsonaro can be considered a 'Lula of the radical right': he is charismatic, popular and is perceived as a 'living myth'. Whereas Lula created an opposition between rich and poor, Bolsonaro asserts a new cleavage between the cultural conservatives, and left wing, feminist and LGBTQ movements. Polarization was a key factor in Bolsonaro’s political success, as he presented himself as the best candidate to beat the Workers Party governments and their legacy, rife with corruption allegations.

Bolsonaro's campaign touched upon different polarizing and controversial topics, such as sexual education in schools and women's right to abortion. He claimed that Brazil would be transformed into crisis-ridden Venezuela, if the leading opposing candidate won the elections. Bolsonaro also fiercely attacked feminist movements and the feminist #Elenao (Portugese for ‘not him’) counterprotests against the Bolsonaro candidacy. In doing so, he obtained the support of four powerful groups in Brazilian society: agribusiness, the financial sector, evangelicals and the army.

A military strongman and an ‘infiltrator’ in the state apparatus

Overall, Bolsonaro moved from the margins to the political center due to the failure of traditional parties and actors to solve the multiple crises; economic, political, social and security-based. In the elections of 2018, not only Bolsonaro, but other right wing actors were highly successful, as three right wing governors were elected in the most important states: Romeu Zema in Minas Gerais, Wilson Witzel in Rio de Janeiro and Joao Doria in Sao Paulo. All three governors come from a corporate background, and based their campaigns on their tough position on crime.

Brazilian citizens looked to Bolsonaro, a tough military strongman, as a way to solve an internal crisis. He identifies himself as an “infiltrator” in the state apparatus that seeks to subvert institutions to make lasting changes, in order to establish a new order of the conservative right. For this, he claims it is necessary first to destroy the “leftist hegemony” on the State. However, Bolsonaro's rise to power did not come from nowhere, and is based on a longer tradition of military leadership, neoliberalism, and far right politics in Latin America.