Finland has witnessed extraparliamentary far-right extremism of varying degrees throughout most of its history. 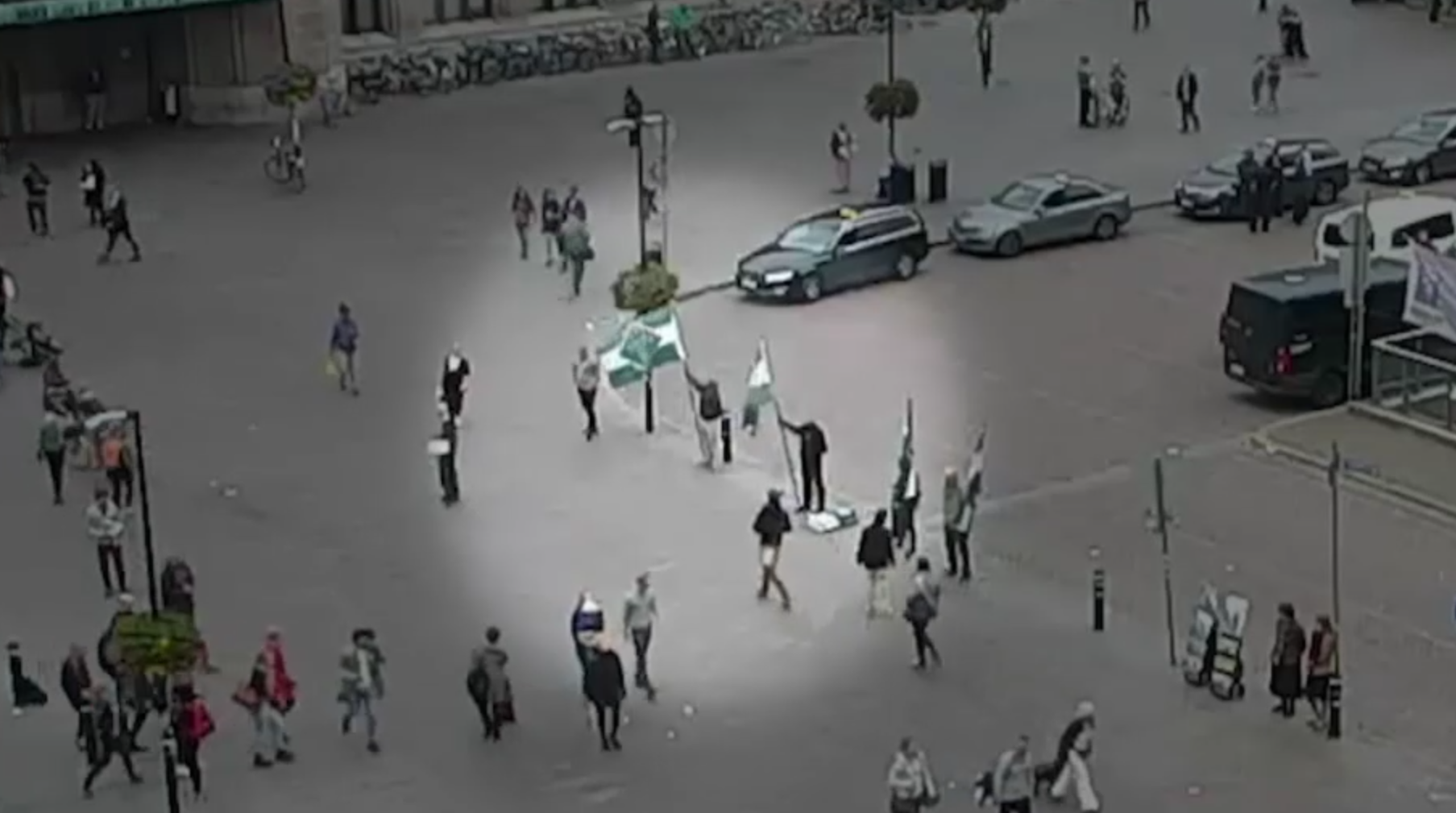 Background to the current situation

The fledgling state, which declared independence in December 1917, underwent a period of strong nationalist mobilization in the 1920s and 30s, with an attempted coup d’état by the far-right Lapua Movement in 1932 representing the peak of extraparliamentary activity. While Cold War-era Finland saw relatively little far-right extremism, the 1990s heralded the emergence of an active albeit not particularly long-lived skinhead movement that perpetrated a series of attacks against foreigners throughout the country.

Although the early 21st century proved to be a period of lesser mobilization on the streets, the present decade has witnessed the growth of Finland’s far-right and anti-immigration scene. This is especially true for the period following late 2015, when the country received the largest amount of asylum seekers in its postwar history. This large-scale influx of newcomers produced a backlash among certain parts of the population and fueled the proliferation of extraparliamentary activism.

The ideological composition of the extraparliamentary far-right and anti-immigration scene in Finland is relatively fragmented. While some organizations profess to a more coherent ideology such as National Socialism, the convictions of many other groups might best be characterized as a hybrid of anti-immigration, anti-Muslim and Eurosceptic beliefs. Nearly all groups hold a strongly negative view of Muslims, but there is greater variation in the perceptions of other ethnic minorities such as Jews.

Social media is of paramount significance to the Finnish far-right and opponents of immigration. In addition to providing a means by which an unlimited volume of ideological material can be published free of charge, social media also functions as an instrument of recruiting new members and coordinating the activities of different groups. Facebook remains the key social media used, yet some organizations have also taken to alternative channels such as VKontakte. The number of individuals that partake in far-right social media discourse vastly supersedes the amount of those active on the streets – the latter group is estimated several hundreds, rather than several thousands or tens of thousands strong.

Although Finland has witnessed a number of far-right attacks in the 2010s, with some, such as a late 2015 string of arsons against asylum seeker centers carrying the potential for catastrophic damage, the overall amount of serious violence has remained relatively low. This is especially true when juxtaposing the amount of violence against the volume of online material threatening, encouraging or extolling attacks against immigrants and asylum seekers, politicians, human rights activists, and journalists. Hate speech in general forms a prominent feature of Finnish-language internet discourse and continues to proliferate on far-right websites as well as in the wider social media environment.

The 2010s – groups, subcultures, and countermedia

The key far-right and anti-immigration groups in present-day Finland fall into roughly four categories based on their practical activism. The first includes groups that are reminiscent to conventional Finnish associations and carry out little activism on the streets yet are well connected to political parties. Suomen Sisu (The Perseverance of Finland), a group established already in 1998, is the main organization of such a character. Another category includes street protest groups that organize public demonstrations against immigration, Islam and multiculturalism. The oldest organization of its kind, the Finnish Defence League, was founded in 2011 while the autumn of 2015 saw the emergence of Rajat Kiinni! (Close the Borders!), a decentralized movement that held a series of demonstrations against the influx of asylum seekers into Finland. Rajat Kiinni! lost momentum during the spring of 2016 and a new street protest group, Suomi Ensin (Finland First) split off from the organization. Suomi Ensin, too, has suffered from internal disputes and a process of fragmentation into smaller entities. 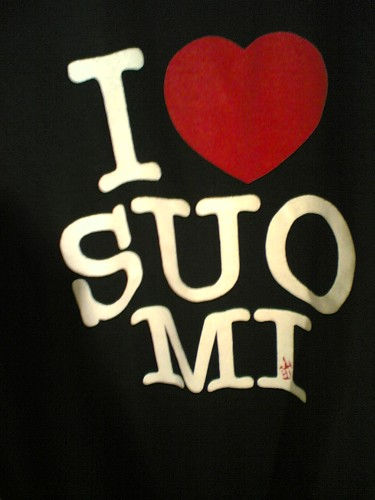 The third category is that of the street patrol group. While several such organizations were founded in Finland during late 2015, the Soldiers of Odin eventually gained precedence and developed into an international brand. The group spread from Northern Finland’s Kemi to other parts of the country and had by early 2016 established a number of foreign chapters as well. The Soldiers of Odin’s key form of activity has been to patrol the streets with the intent of intervening in any attacks by foreigners against the majority population.

The fourth and final category includes militant organizations that aim for a revolution. One in particular is of interest: the Nordic Resistance Movement’s (NRM) Finnish chapter, which was established in 2008. The chapter is estimated some hundred members strong with a presence in several large cities. While the group’s public activities have predominantly involved the dissemination of propaganda, its members also practice hand-to-hand combat and survival skills in anticipation of the perceived future upheaval. The NRM aims to topple all Nordic governments in a simultaneous revolution and replace them with National Socialist rule over the region.

Apart from actual groups and movements, the field of far-right activity in Finland also includes a dynamic music subculture. Concerts are held frequently while the range of musical styles performed by far-right bands has come to include not only Rock Against Communism, but also National Socialist Black Metal (NSBM), neo-folk, hatecore, and power electronics. Representatives of different genres often play in the same concerts. The NRM is also strongly connected to the music scene. Several of its members play in different bands and the group holds close ties to such far-right music networks as Blood and Honor.

The 2010s have furthermore seen the proliferation of online far-right and anti-immigration countermedia in Finland. Some countermedia have enjoyed relatively high readership figures while also functioning as a tool of targeted hatred against individual characters. The summer of 2018 witnessed a trial against MV-magazine, a leading countermedia, that saw the website’s founder and associated figures answer an array of charges including the aggravated defamation of a journalist working for Finland’s National Broadcasting Company. 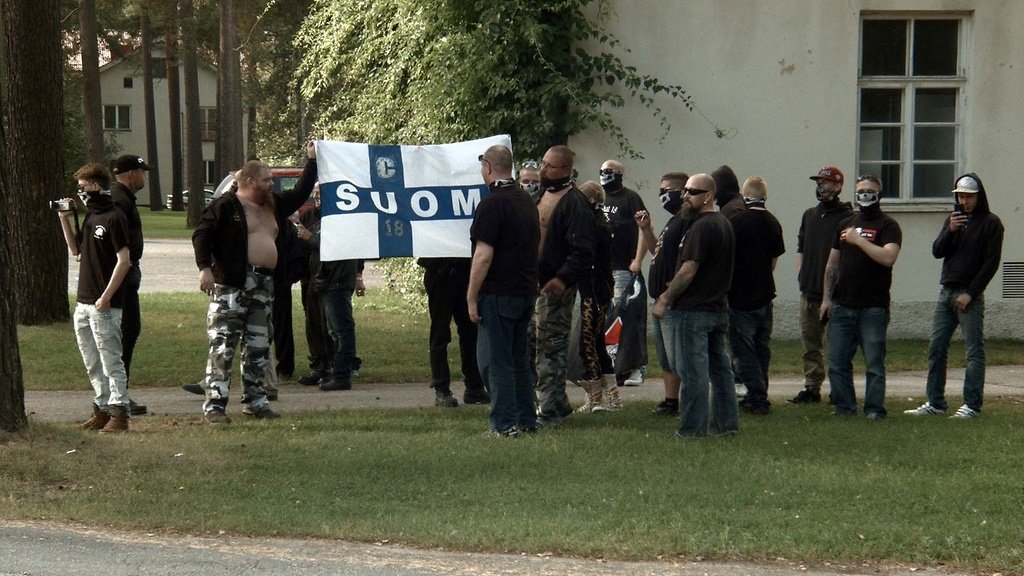 While some far-right and anti-immigration groups lost momentum after the influx of asylum seekers into Finland receded in 2016, others such as the Nordic Resistance Movement’s Finnish chapter have managed to maintain a relatively steady level of activity. Many activists that have withdrawn from the streets furthermore retain ties to their former comrades and few have disavowed their ideological convictions. A repeat of the late 2015 situation – a large-scale influx of asylum seekers into Finland – might well initiate a fresh round of resistance with different groups returning to the streets with a ready-made organizational structure and a membership cadre experienced in protest activity.

Developments on the street are not, of course, isolated from developments in conventional politics. The Finns Party, whose leadership positions were taken over by radical nationalists in mid-2017, is now regarded as a relevant means of influence by many members of the extraparliamentary far-right. This development may have a dampening effect upon the level of activism on the streets. It is also true, on the other hand, that the public narrative that certain members of the party push with respect to immigrants may encourage outbursts of extraparliamentary violence.

The future of the Nordic Resistance Movement’s Finnish chapter furthermore remains a question mark. Finland’s National Police Board initiated legal proceedings against the group in late 2016, and both the Birkaland District Court as well as the Turku Court of Appeal have ordered the NRM to be banned. The group has, however, appealed to the Supreme Court, which is yet to decide on whether it takes the case into consideration. The actual impact that a ban would have on the NRM’s Finnish chapter similarly remains unclear. While some elements within the group could radicalize into carrying out attacks of a deliberate nature, it is equally possible that the organization might try to continue its present activities albeit in a more clandestine fashion

Daniel Sallamaa is a doctoral student at the University of Helsinki preparing a dissertation on the 21st century Finnish far-right.

By Daniel Sallamaa
E-mail this page