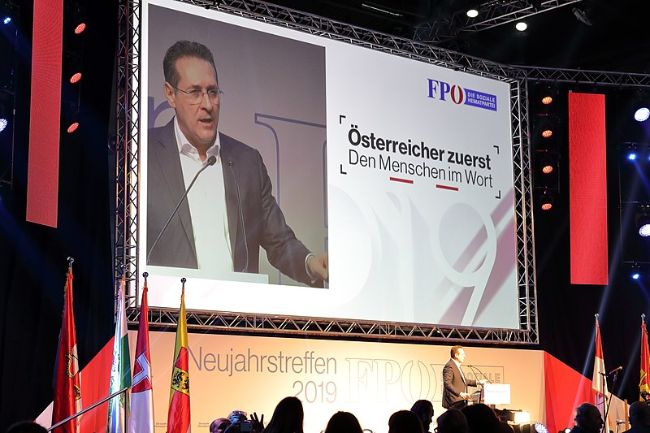 The far-right Freedom Party (FPÖ) came in third place in the Austrian snap election held on Sunday, losing 10 percentage points compared to the last general election in 2017. This is certainly a major loss for the FPÖ, although not necessarily a serious catastrophe, as a return to government in a coalition with the Austrian People's Party (ÖVP) remains a possibility. What led to the sharp decline in votes for the FPÖ? Certainly, as many have pointed out, the party has been damaged by internal conflicts and a recent corruption scandal, the so-called Ibiza gate, that brought down the government. However, one more important phenomenon is probably behind the loss of FPÖ´s votes. As argued in a policy brief published just before the elections, the salience of the immigration issue in Austria is declining, fading away support for anti-immigration parties. In other words, anti-immigration rhetoric is not as attractive for voters as it used to be in previous years, procuring loss of votes for parties such as the FPÖ.

The immigration issue in Austria

Thus, Figure 1 looks more closely at immigration´s salience in Austria in recent years. Before the ‘migration crisis’, most Austrians considered immigration to be much less important than economic issues such as rising prices and unemployment.

However, the salience of immigration has risen sharply in 2015, becoming the defining political issue and surpassing the previous most significant concern of the Austrian public: the economy. In the years 2015-2016, more than half of Austrian respondents considered immigration to be the most important issue facing Austria. The peak in immigration´s salience coincided with the date of the last parliamentary elections in 2017 and both parties that campaigned on the issue of immigration and took relatively restrictive positions, the Austrian People’s Party (ÖVP) and the Freedom Party (FPÖ), gained the majority of the votes (57 %). In fact, these are the two parties whose voters have the most negative views with regards to the impact of immigrants on the development of Austria (Figure 2).

Support for the radical right and the salience of immigration

Since 2016, however, the importance of immigration for Austrian politics started to decline. In the most recent Eurobarometer poll conducted in March 2019 and published in June (see Figure 1), Austrian respondents once again considered economic issues such as pensions together with health and social security to be more important problems facing Austria than immigration. Moreover, despite the ‘migration crisis’ and in line with the trends in other European countries, attitudes to migration from both within and outside the EU are becoming generally more favourable in Austria. Therefore, the success and failure of FPÖ in Austria can provide insight into the performance of anti-immigration parties in western European countries in general. The fortunes of these parties, in fact, may depend not only on the positions that European electorates hold vis-à-vis immigration, but also – and perhaps in particular, on the importance that voters assign to this issue. Far right parties like the FPÖ benefit from the increasing salience of immigration amongst the electorate, and suffer when this issue loses momentum. When migration is not the first issue in the agenda, such as in the case of the recent Austrian elections, far right parties might face heavy losses.

Lenka Dražanová  is a Research Associate at the Migration Policy Centre's Observatory of Public Attitudes to Migration (OPAM) and the author of Education and Tolerance (Peter Lang, 2017).