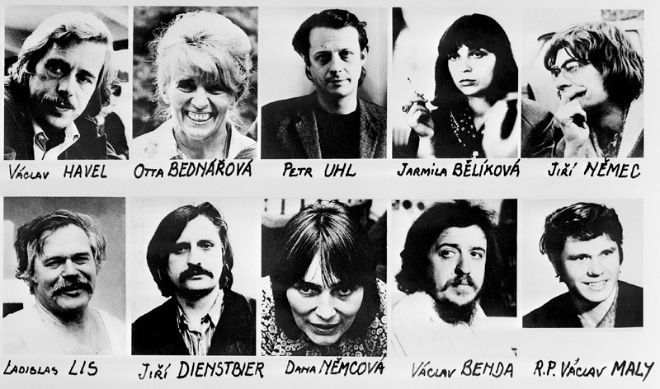 A new monograph by Kacper Szulecki, a researcher at ISV, explores these questions and traces the emergence of “the Dissident” as a transnational figure.

Nested in political sociology as well as contemporary history research, the book looks at the history of the dissident as a transnational phenomenon. The focus is primarily on political dissidents in Communist Central Europe from the mid-1960s until 1989. It argues that our understanding of the transnational activist would not be what it is today without the input of Central European oppositionists and ties the term to the global emergence and evolution of human rights. The book examines how we define dissidents and explores the association of political resistance to authoritarian regimes, as well as the impact of domestic and international recognition of the dissident figure.

Turning to literature to a wide body of existing secondary literature to analyze the meaning and impact of the dissident label, the book also incorporates interviews with former activists and archival sources gathered in Czech Republic, Poland and Germany. Combining a unique theoretical approach with new empirical material, this book reaches out to students and scholars of contemporary history, politics and culture in Central Europe.

Kacper Szulecki is a researcher at the Department of Political Science. The book draws to a large extent on his doctoral dissertation, written at the Cluster of Excellence ‘Cultural Foundations of Integration’, at the University of Konstanz. However, the project traces its roots back to the University of Oslo, where Kacper was an Erasmus exchange student and where the initial idea for looking at the “figure of the Dissident” emerged.

“The godfather and godmother of this book are Jeffrey Checkel and Nina Witoszek. Jeff was my international relations theory professor at the time, and got me interested in the transnationalist literature on human rights diffusion, the effects of the Helsinki Accords on political dissent in Eastern Europe. I found this account, dominant in mainstream Western IR, very one-sided and far from historical realities. Jeff convinced me that telling the story from the perspective of the other side of the Iron Curtain would be important. Meanwhile, Nina Witoszek nudged me to focus on those peculiar transnational actors that the dissidents surely are. So the initial seeds were planted here in Oslo, and it’s great to see those bear fruit after almost thirteen years” – Kacper explains.

The monograph entitled “Dissidents in Communist Central Europe: Human Rights and the Emergence of New Transnational Actors” has been published by Palgrave Macmillan as part of the series “Palgrave Studies in the History of Social Movements” and is currently available in hardback and as an e-book.