The southern Indian state of Kerala has long attracted attention for its remarkable achievements in human development. This talk focuses on Kerala’s development experience in democratic decentralisation and asks what lessons Kerala might offer regarding the relationship between climate change adaptation and its participatory governance?

Kerala's bold political experiments are situated in a framework that discusses propositional politics, progressive political agency and the idea of the sub-rosa as an exploratory and inventive modality and layer of space 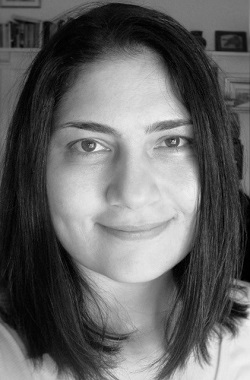 Dr Ann El Khoury is an interdisciplinary scholar in political and economic geography. She is currently a researcher in the Professional and Community Engagement (PACE) program and a lecturer in the Department of Geography and Planning at Macquarie University in Sydney, Australia. Ann has taught at the Australian National University (ANU), the University of Sydney and Macquarie University in Geography and Politics and International Relations, as well as the University of Wisconsin Semester Abroad Program. Her blog (2006-11) PeoplesGeography.com was cited in the Encyclopedia of Human Geography and her first book, Globalization, Development and Social Justice: A Propositional Political Approach (2015, Routledge) will be released in paperback in December 2016. Ann has had a lifelong interest in speculative fiction and is currently exploring the relationships between cosmology and the social sciences in a second research monograph which draws on quantum social theory. She tweets at twitter.com/annelkhoury​