Climate fiction: Can books save the world?

Do you ever get scared, provoked or engaged by a book you read? Could a novel about climate change inspire your environmental engagement? Can literature make us change our habits and see the relationship between nature, climate, society and individuals in new ways? Can literature help us engage in the societal changes that climate change demands? And how do dystopian future scenarios affect us, compared to the more hopeful scenarios? 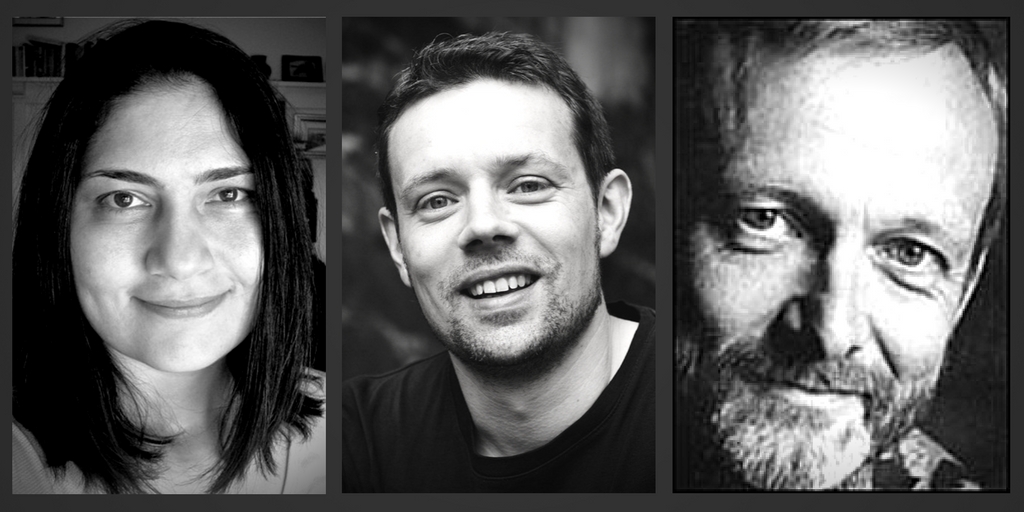 We invite you to a dialogue about literature, science fiction and climate change. We have invited two Norwegian writers, Bård Isdahl and Lars Mæhle, and the Australian social scientist Ann El Khoury to discuss these questions. The conversation is lead by Marte Storbråten Ytterbøe, Senior Librarian at Deichmanske Library. There will be time for the audience to ask questions and engage in a lively discussion.

[This dialog will be held in English.]

Bård Isdahl is a Norwegian architect and author. In Havari: en roman om luft (2013) (can be translated into “Breakdown: a novel about air”) we meet Irina who has to take care of a neighbour’s son in Oslo, where people die from dehydration. Irina digs into her late father’s Soviet background while the Norwegian Government decides to close the border for climate refugees. A Norwegian critic has described the book as follows: “[…] the story about how our society will be in 20-30 years is so realistic it feels unpleasant already […]”. Isdahl has been engaged in Norwegian Writer’s Climate Campaign founded in 2013.

Lars Mæhle is a Norwegian author of books for children and young adults. In 2015 he released the science fiction novel Bouvetøya 2052 (Bouvet Island 2052). He describes a climate competition on the Bouvet Island in the Southern Ocean. Five teenagers from different continents are participants in this online reality show, the purpose of which to make the viewers aware of the great climate crisis the world faces. Mæhle used four years researching the book and has spent a lot of time talking with Norwegian pupils about his novel and climate change.

Ann El Khoury is an Australian researcher in the program for Professional and Community Engagement and is a lecturer at the Department of Geography and Planning at Macquarie University in Sydney. She is a social scientist with an interdisciplinary background and has taught politics, international relations and geography and written on globalisation, development and social justice. Ann does research on how creativity and fantasy can influence societal change. She has a strong interest in climate fiction and science fiction and is currently exploring what these genres can tell us about societal change processes.

The event is a part of Klimafestivalen.