UiO Faculty of Social Sciences Department of Sociology and Human Geography
Main navigation
Back to uio.no
Sub navigation Menu
Research > Research projects > Adaptation CONNECTS > Events > Other > A Taste of the Future: Wine in a changing climate

A Taste of the Future: Wine in a changing climate

Are you interested in wine and how it will be influenced by climate change? Join us at Litteraturhuset and hear what a researcher, a wine expert and a Norwegian wine producer see as opportunities and challenges in a changing climate. 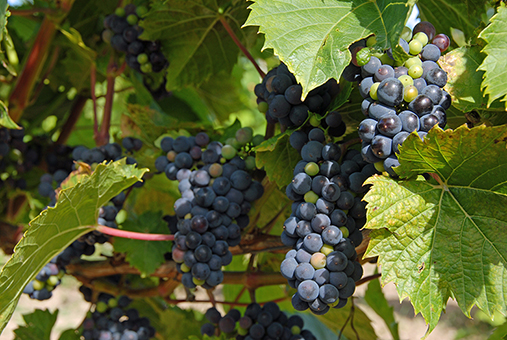 Wine is prized as a fingerprint of the land, reflecting the characteristics of the environment where it is grown. With climate change, growing conditions are changing for crops, and wine is on the front line.

We will start off the event with a key note talk by researcher Kimberly Nicholas, followed by two shorter presentations by wine journalist Merete Bø and wine producer Marius Egge. The event will end with a dialogue among the invited guest speakers and the audience.

Guest speakers:
Kim Nicholas is a leading expert on how climate change affects vine and grape development in the vineyard. Kimberly comes from a wine growing family in California and is currently an Associate Professor at Lund University.

Marius Egge is somewhat rare, being a vine grower in Norway. His farm Egge Gård in Lier has been cultivating fruits, berries and vegetables for 11 generations, with increased wine production in recent years.

This event is organized by the AdaptationCONNECTS project in the Department of Sociology and Human Geography at the University of Oslo.