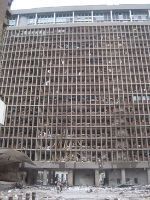 The need for new data

When I started working on my PhD-thesis on right-wing terrorism and violence in Western Europe, I soon discovered that basic information about the extent of violent incidents was lacking in this field. Without such basic information, it is difficult to make substantial inferences about variation over time or between countries. A lack of systematic incident data also restrains us from developing and testing explanations of why right-wing terrorism and violence occurs at some places or during certain periods, and not at other places or during other periods. To help fill some of these gaps, I decided to develop a new dataset, which has now been made publicly available.

Building this dataset was demanding in several ways. The number of violent incidents turned out to be higher than expected. To achieve a manageable empirical universe, and to give a reasonably consistent account of this universe, I had to limit the dataset to include the most severe types of incidents only. Furthermore, good information sources are rare. I therefore had to merge information from multiple – and exclusively open – sources that in combination give a reasonably accurate picture of right-wing terrorism and violence in post-1990 Western Europe. Yet there are almost certainly incidents that should have been included in the dataset that I never came across. We have therefore given the public an opportunity to submit information about new incidents that may be included in future updated versions of the dataset.

The violence is committed by loosely organised gangs and lone actors

The RTV dataset includes information about perpetrator types, target groups, the types of weapons used, and perpetrators’ affiliation to extreme right groups and organisations. It turns out that a large majority of attacks are committed by loosely organised gangs and lone actors, and not by organised groups. The most frequently targeted groups are immigrants and left-wing activists. Other significant target groups include politicians, homosexuals, and homeless people. The recent murder of a British Member of Parliament – Jo Cox – by a 51-year-old man with extreme right sympathies, reminds us that politicians remain a relevant target group for these types of perpetrators.

The number of deadly incidents is decreasing

Another significant yet perhaps somewhat surprising finding is that the number of deadly incidents has decreased considerably since the 1990s. This development challenges widespread perceptions about rising levels of right-wing terrorism and violence – perceptions that are largely based on anecdotal evidence and sensationalist journalism. At the same time we see that racist violence has increased recently in some countries following the ongoing migration crisis in Europe. In other words, we might currently be witnessing a change involving more violence as a result of this extraordinary situation.

In Norway: a marginal but recurrent phenomenon

Concerning Norway, the RTV dataset shows that right-wing terrorism and violence has been a marginal yet recurrent phenomenon. One noticeable change from the past 10 years is that perpetrators have increasingly been operating alone without direct affiliations to extreme right groups. Several perpetrators have also suffered from mental illness.

This last point reminds us that right-wing terrorism and violence cannot be interpreted exclusively as a political phenomenon. We must be open to alternative and complex explanations at different levels of analysis to uncover the types of conditions that might favour or discourage these types of violent incidents. Such analyses constitute an important part of my PhD-thesis, which will be completed during spring 2017.