What is the relationship between the far right and the media? 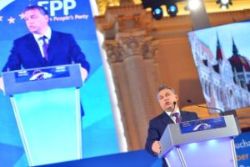 As primary arenas for public debate, professional news organizations reflect and define boundaries of legitimate versus deviant views and actors.[1] An extensive literature addresses the relationship between the far right political populist actors and the established news media. A key question is to what degree far right actors should be given media attention and on the basis of which conditions, and the relationship between the two has been ambiguous. Previous studies have shown that the established media, in some cases, have given far right actors extensive visibility and played an important part in normalizing and mainstreaming far right beliefs, for instance in countries like Brazil, Hungary, India, Israel, and the US. [2] Media visibility can overstate the popular support of such actors, as well as grant them legitimacy and political momentum. To illustrate, the Austrian Freedom Party (FPÖ) was given disproportionate exposure in the mainstream press throughout the 1980s, which gave them impact on the Austrian political arena.[3] At the same time, far right actors regularly argue that they are censored and misrepresented by what they believe to be a biased left-wing press.[4]

Beyond the political arena, there is a plethora of radical and extreme right actors for which access to the established editorial-driven media is limited. To gain media visibility, far right groups arrange demonstrations, as well as take part in staged confrontations and terror attacks, however, they have very little control over the media coverage.[5] For established news organizations, violence, extremism and terrorism are highly newsworthy topics; at the same time, journalists face a number of dilemmas when covering such issues, including the scale of coverage, the framing of events, and which sources to include.[6] To illustrate, journalists have to decide whether or not to use staged photos and messages published by perpetrators of violent attacks in their coverage.

At the same time as they seek media attention, far right actors’ criticism of the “mainstream media” (or MSM for short), have been frequent and vocal. Among key criticisms are the claim that journalists are biased, corrupt, or deceitful elites distanced from the people; that access to news media is limited and conditional, particularly as actors on the far right are misrepresented and scandalized; and consequently, that the established media promote some perspectives and withhold vital information to manipulate the public.[7] Far right actors criticize the media from many angles, representing multiple perspectives on media and power, reflecting different degrees of anti-system-ness.[8]

The far right and the Internet

Because of limited media access, the far right has been identified as early adopters of digital communication technology. Since the 1990s, several far right actors have been active and successful in utilizing online communication structures to produce and distribute their messages; for instance, one of the earliest and largest extreme right online forums, Stormfront, was established in 1995.[9] Engaging in collaborative and networked production and distribution practices, a variety of far right groups have strengthened their linkages, internally and transnationally, and gained visibility and impact in the online environment.[10] Key communication strategies include agenda-setting tactics to spread propaganda and disinformation online and “networked brigades” that target particular individuals or groups. Far right actors also engage in “mainstreaming” processes of extreme content through the use of coded language and humor.[11] A particular phenomenon is the production and spread of memes.[12] Memes refer to digital items that use humor, by conveying a picture or illustration with simple captions. The meaning can be multifaceted and more or less accessible for particular in- or out-groups. ‘Pepe the Frog’ is one example of how a meme can move from the sub-cultural sphere to the mainstream: It originated in a comic, but later became a symbol of the alt-right movement and interpreted as a hate symbol by many organizations. Online platforms have also been identified as arenas for violent radicalization.[13] For instance, extreme right terrorists have distributed manifestos and live streamed violent attacks in online spaces.

Far right groups disseminate their messages and mobilize followers through a number of online services, for instance on their own websites, blogs, or alternative news media sites, but also on mainstream social media sites, anonymous forums and instant messaging services.[14] Ideologically driven websites consist of a variety of textual, visual and participatory elements. Many sites mimic the lay-out of online newspapers and publish alternative news and voices on political affairs aiming to counter the hegemony of the mainstream media.[15] In many Western countries, such far right alternative news media specifically emphasize the negative impact of immigration, Islam and the left-wing establishment, including the news media.[16] Well-known examples are Breitbart in the US, Fria Tider in Sweden and Westmonster in the UK. A strategy often utilized by far right alternative media is to reframe and recontextualize news stories selected from other sources to fit their ideological agenda. In practice, recontextualization occurs by making a small, but significant symbolic editorial amendments, and consequently, seemingly “neutral” news items can be manipulated into partisan information, disinformation and propaganda.[17]

Social media platforms are used actively by far right actors to spread their message.[18] Facebook, Twitter, and YouTube have been utilized to increase visibility through strategic framing of content, offensive speech, and organized campaigns that enhance engagement. Several studies have also identified how YouTube has functioned as an effective platform to display everyday activities of far right groups, as well as more confrontational content.[19] A public debate about whether or not social media actors should reject extreme actors on their platforms led to the no-platforming by Apple, Facebook, and YoutTube of the far right conspiratorial website, Infowars, run by Alex Jones. Extreme right groups are also known to be active users of the Russian social media platform, VK, which has less rules for the kind of content they allow.

User-generated discussion forums like 4chan, 8kun, Voat, and Gab have become important hubs for extreme actors. Such forums allow anonymous participation and have little or no rules for what can be expressed. 8kun gained massive negative attention after right-wing extremists used the forum to discuss and get support for their attacks. Instant messaging services like Telegram have also become popular among the extreme right. The main advantage of Telegram as a communication channel is that messages are encrypted, making it more difficult for the police/national authorities to monitor members of such groups.