What is the relationship between the far right and environmentalism? 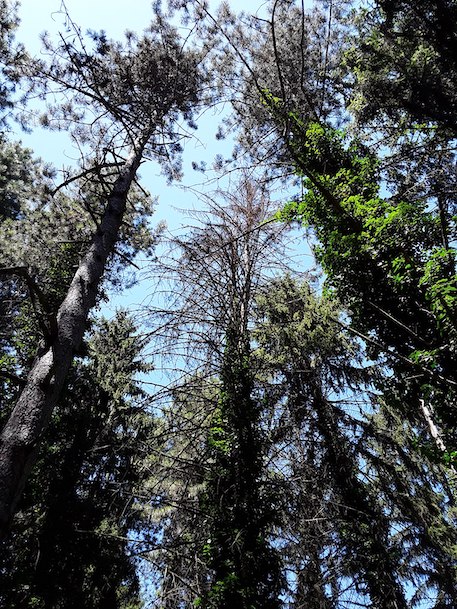 Far-right ideology and the environment

Historically, the national environment has played an important role for the far right, linking land (‘soil’) and the ‘purity’ of nature with nativist worldviews.[i] A key example are European fascist movements and their celebration of the national countryside, the juxtaposition between ‘the people’ and land-owning elites, and the protection of agriculture from foreign competition has played an important role for them.[ii]

Since 1945, far-right thinking that centers on environmental and ecological concerns has constituted a somewhat overlooked element, especially when compared to far-right Islamophobia and antisemitism. Still, far-right parties have regularly advanced their own versions of ‘green ideology’, both in propaganda material and in parliaments.[iii] The Freedom Party of Austria, for example, has emphasized environmental concerns already in the 1960s and 1970s, way before the party’s populist radical right turn under Jörg Haider.[iv]

Beyond party politics, far-right subcultures have also focused on the issue. One drastic example is ‘eco-fascism’, understood as “a reactionary and revolutionary ideology that champions the regeneration of an imagined community through a return to a romanticised, ethnopluralist vision of the natural order.”[v] It can be considered a form of ethno-nationalism, imbued with white superiority and ideas of racial purity, that thinks of immigration and multiculturalism as ‘parasites’ in the natural order.[vi]Although eco-fascism is still to some extent understood as a historical phenomenon, extreme right terrorist attacks in Christchurch, El Paso and Halle in 2019 seemed to be at least in part inspired by ecofascist ideas, and therefore have sparked a renewed interest in their contemporary relevance.[vii] Even though eco-fascist ideology remains a small-scale phenomenon, it has been used by far-right actors and fringe movements to rationalize and justify acts of extreme violence.[viii]

Importantly, contemporary populist radical right parties continue to highlight the need for environmental protection at the domestic level, for example related to national food security and even small-scale organic farming.[ix] However, many cast doubt on the reality of transnational environmental risks, such as global warming.[x] Such ‘climate skepticism’ may come in a variety of forms: ‘trend skepticism’ doubts or denies an increase in global temperature altogether, ‘attribution skepticism’ negates a link between global warming and human civilization, and ‘impact skepticism’ doubts problematic consequences of global warming.[xi] Moreover, ‘process skepticism’ describes opposition to the political and scientific handling of the issue.[xii] Most contemporary populist radical right parties propagate some of these different, not mutually exclusive, forms of climate skepticism.

Whilst climate change increasingly affects the lives of people around the world, many far-right parties outrightly deny anthropogenic global warming (attribution skepticism), even though there are important exceptions such as FIDESZ in Hungary.[xiii] Usually, the literature relates skeptical attitudes towards global warming less to socioeconomic concerns put forward by members of the party family, but to their anti-elitism, standing in opposition to left-green politics and scientific discourse (process skepticism).[xiv] However, research also finds a significant correlation between climate skepticism and exclusionary attitudes at the level of the voter.[xv] Legislatively, many populist radical right actors oppose the ratification of international treaties on global warming as well as national targets on CO2 emissions. Most prominently, Donald Trump even withdrew from the 2015 Paris Agreement on climate change mitigation.

Climate skepticism is not restricted to populist radical right parties, as individuals with right-wing authoritarian or ‘populist’ attitudes more generally are also more prone to climate change denial and resistance against global warming measures.[xvi] Overall, survey data has indicated that political orientation is one of the most important predictors of climate change denial in Western Europe and beyond, and that those with right-wing political views are more prone to climate skepticism, and less supportive of environmental policies compared to those on the left.[xvii] Importantly, going beyond left-right views, individual climate-skepticism is also strongly related to distrust in scientific institutions.[xviii]

The populist radical rights’ mobilization against global warming policies is not only an abstract struggle over goals – should humanity reduce CO2 emissions, for example as committed in international treaties? – but increasingly over specific measures. For example, members of the party family increasingly mobilize against wind turbines, which are among the most visible local manifestations of global warming policies in Europe.[xix] Alternative für Deutschland and Rassemblement National count among their staunchest opponents, framing wind turbines as burden to the environment, for example to the beauty of the natural landscape and to birdlife. Reflecting a urban-rural divide, populist radical right politicians, “have been tapping into widespread feelings of victimisation and disenfranchisement among rural Europeans and exploiting their resentment against urban elites, the political establishment, migrants and ethnic minorities.”[xx] Similarly, farmers’ protests against increasing environmental regulations also tend to have distinctly ‘populist’ undertones, as they regularly contrast victimized rural communities with distant metropolitan elites, environmentalists and consumers who harm farmers and rural communities with increasing rules and regulations.[xxi]

It is no surprise then that the impact of the populist radical right on energy transition policies can be negative, and most likely so when they control relevant government ministries and public attention to the global warming policy at stake is low.[xxii]

[i] Forchtner, B. (2020). Far-right articulations of the natural environment: An introduction. In: B. Forchtner (Eds.) (2020). The Far Right and the Environment- Politics, Discourse and Communication (pp. 1-18). Abingdon: Routledge.

[iii] Olsen, J. (1999). Nature and Nationalism: Right-Wing Ecology and the Politics of Identity in Contemporary Germany. Palgrave Macmillan; Voss, K. (2014). Nature and nation in harmony: The ecological component of far-right ideology. Dissertation at the European University Institute. Lubarda, B. (2020). Beyond Ecofascism? Far-Right Ecologism (FRE) as a Framework for Future Inquiries. Environmental Values, 29, 713-732.

[iv] Voss, K. (2020). The Ecological Component of the Ideology and Legislative Activity of the Freedom Party of Austria. In: B. Forchtner (Eds.) (2020). The Far Right and the Environment- Politics, Discourse and Communication (pp. 153-183). Abingdon: Routledge.