Is ANT equally good in dealing with local, national and global natures? 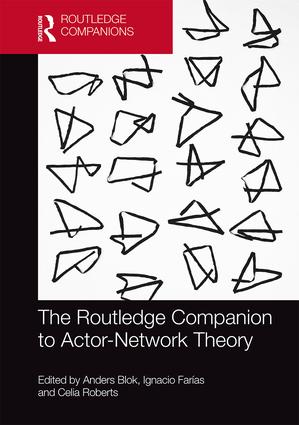 More than being already good at handling local, national or global natures, actor-network theory (ANT) is perhaps a theory that asks us to become good at accounting for nature. And rather than presupposing that nature is either local, national or global, it represents a turn to materiality and matter which constantly asks us to include the semiotic, the means and devices by which nature is realised, represented and equipped to move from one locale to another – hence a nature-semiotics that deals with words just as much as things.

But what ANT has not been equally good at is dealing with nature as it is set on the move, emerges in and are represented in sites that are not the lab or ‘in the wild,’ that is ordered sites such as parliaments, bureaucracies and offices alike.

This companion explores ANT as an intellectual practice, tracking its movements and engagements with a wide range of other academic and activist projects. Showcasing the work of a diverse set of ‘second generation’ ANT scholars from around the world, it highlights the exciting depth and breadth of contemporary ANT and its future possibilities.

Complete overview of the book