UiO Faculty of Social Sciences TIK Centre for Technology, Innovation and Culture
Main navigation
Back to uio.no
Sub navigation Menu
Research > Publications > 2019 > Under which conditions might it be possible to destabilise established industries?

Under which conditions might it be possible to destabilise established industries?

In a new publication in Environmental Innovation and Societal Transitions, Håkon Endresen Normann engages with an emerging topic in sustainability transitions – destabilisation of established industries. 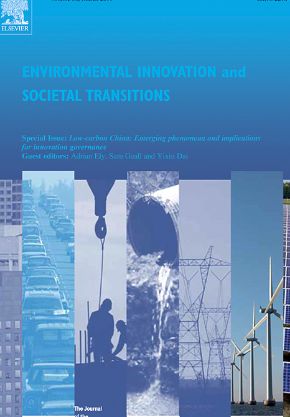 A transformation of the energy system requires not only substantial growth in new technologies and industries, but it also requires a limit and ultimately an end to the production of fossil fuels. Even though fossil fuel industries have come under increased pressure due to challenging market conditions, the destabilisation of these industries is unlikely to occur without some form of policy intervention. Challenging established industries through policy can, however, be politically difficult.

The purpose of this paper is to draw lessons from two historical cases: the introduction of tobacco control policies in the United States and the decision to close down coal mines in the Netherlands.

The closure of Dutch coal mines between 1965 and 1976 is an interesting example of policy driven transformation, enabled through the collaboration between the government, trade unions, and industry. Yet, this this case has received little attention from transition scholars when compared to the cases of coal mining in the UK and the nuclear phase-out in Germany.

The case of tobacco control policies is also relevant due to the striking similarities between the tobacco and fossil fuel industries in terms of resistance to and the potential drivers of policy change.

In both cases, the destabilised industries have been important to political and state actors. Valuable lessons can therefore be drawn about the destabilisation of established and powerful industries today.