US football helmets are better than ever, yet more players suffer from neurological disease. How can this be? The current issue of Teknovatøren provides answers. 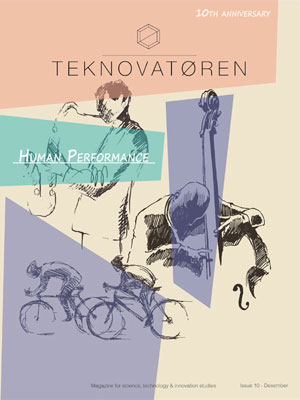 The current issue of Teknovatøren marks somewhat of a milestone for the magazine, as it is the tenth issue. This means that Teknovatøren is celebrating its fifth year of existence. Keeping with the tradition of having a general subject for each issue, human performance is the overarching theme of this celebratory tenth issue.

Essays dealing with the the connection between comics and science, how the history of cycling is both a story of technological development and human progress & the competitive advantage of collective care are among the subjects that are being shed light on in this issue.

The issue also includes an interview with the man responsible for Teknovatøren's very fragile outset as a magazine, Christian Guttormesen, who shares his thoughts about the now five year old magazine, as well as his reflections regarding the development of Teknovatøren after graduating and leaving the TIK center.