Global dynamics, capabilities and the crisis

Martin Srholec and TIK's Jan Fagerberg has published a new article in the Journal of Evolutionary Economics. The article deals with the different effects of the 2007-8 financial crisis around the world. 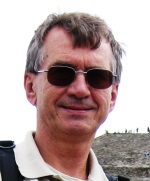 The financial crisis started in 2007–8, initially in the US, but its consequences have been felt throughout the global economy. However, its effects were far from uniform.While parts of Asia and Africa continued to grow fast, Europe experienced a large set back.

This paper emphasizes three important factors: differences across countries in technological development; differences in capacities to exploit the opportunities offered by technology; and differences in the ability to compete in international market. A formal model, based on this approach, is developed and applied to data for 100 countries in the period 1997–2012. Empirical indicators reflecting the various factors are developed, a dataset constructed and econometric estimates of the model performed.

The results are used to explore the factors behind the slowdown in economic growth, with a particular emphasis on the continuing stagnation in Europe. A major factor turns out to be the increased financialization of the economy. The negative effect of the growth of finance prior to the crisis is especially pronounced for the countries that suffered most during the crisis.