INTRANSIT begun its work with a two-day kick-off meeting at the University of Oslo on 6-7 May 2019, including a workshop with invited stakeholders. 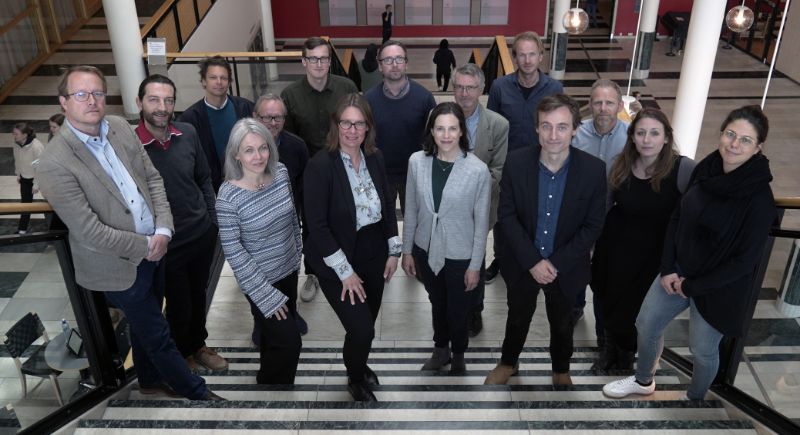 The Norwegian industries are facing systemic and global transitions. The growing urgency of climate change requires rapid decarbonization of the economy, while the development and diffusion of e.g. platform technologies, artificial intelligence and robotization changes the ways in which users consume and producers provide goods and services.

Meanwhile, the Norwegian economy continues to be dependent on the extraction and export of petroleum resources. This triple challenge of climate change mitigation, digitalization and diversification in the Norwegian economy sets the research theme for INTRANSIT, the Research Center on Innovation Policy for Industrial Transformation, Sustainability and Digitalization, funded by the FORINNPOL program of the Research Council of Norway. Fittingly, this was also the focus of the first meeting between the partners and stakeholders of INTRANSIT in May 2019.

The two days were packed with intensive and fruitful discussions of the work at hand. The first day and a half were dedicated to internal discussions with the project partners. These discussions were helpful in getting to know each other better, reaching a common understanding of the key topics and ambitions, and in coordinating and integrating the tasks of the different research streams in the Center.

During the final half day, the center was presented to a large and engaged group of stakeholders from different research organizations, public authorities, industries and the civil society. The meeting included joint work together with the stakeholders by assembling participants in small groups to facilitate discussions around the core themes of INTRANSIT. These discussions provided valuable input and insights for the future work in the Center. Such engagement with a broad group of stakeholders will remain an integral part of INTRANSIT’s activities during the lifetime of the center.

The successful kick-off of INTRANSIT not only served its purpose to launch the Center, but also provided the opportunity to plan for the cooperation between the project partners and stakeholders, and to facilitate group building between the project partners and key stakeholders. For instance, several plans regarding possible project events, research stays, and other collaborations were made. INTRANSIT is therefore off to a good start, and the project team is motivated and eager to take up the work in investigating transitions in the Norwegian industries.