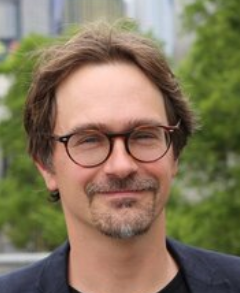 For over 20 years he has done research on the geography of innovation, guided by broad questions such as: Why is it that some regions and cities in the world stand out in their ability to foster and diffuse novelty? What explains this spatial concentration of innovation in an era of globalization? How can regions and cities improve their capacity to innovate? In particular, he is interested in addressing this broad set of questions on innovations related to pressing societal challenges such as climate change.

Professor Coenen is well-known internationally for his theoretical and empirical work on regional and urban innovation and, in particular, his pioneering research on the geography of environmental innovation and sustainability transitions. He has authored over 65 scientific papers published in leading international journals such as Research Policy, Environment and Planning A and Economic Geography. His work has had considerable scientific impact with over 12.000 citations in Scholar Google. Most of his research has been supported through competitive grants, financed e.g. by JPI Urban Europe, the European Framework 7 Program, the Swedish Energy Agency and Nordic Energy Research. Previously, Lars was a full professor at CIRCLE, the Centre for InnovationResearch at Lund University, where he was heading up a research group dealing with innovation and sustainability transitions. During his time at CIRCLE in Sweden, Professor Coenen has been a frequent scientific advisor for the Swedish Innovation Agency, VINNOVA. From 2017-2020 he has been the inaugural ‘City of Melbourne Chair of Resilient Cities’, at the Melbourne Sustainable Society Institute of the University of Melbourne, Australia.

You can find an overview of Lars' publications at Google Scholar and Orchid.