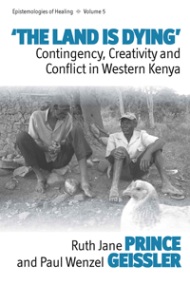 Based on several years of ethnographic fieldwork, the book explores life in and around a Luo-speaking village in western Kenya during a time of death. The epidemic of HIV/AIDS affects every aspect of sociality and pervades villagers' debates about the past, the future and the ethics of everyday life. Central to such debates is a discussion of touch in the broad sense of concrete, material contact between persons. In mundane practices and in ritual acts, touch is considered to be key to the creation of bodily life as well as social continuity. Underlying the significance of material contact is its connection with growth – of persons and groups, animals, plants and the land – and the forward movement of life more generally. Under the pressure of illness and death, economic hardship and land scarcity, as well as bitter struggles about the relevance and application of Christianity and ‘Luo tradition’ in daily life, people find it difficult to agree about the role of touch in engendering growth, or indeed about the aims of growth itself.