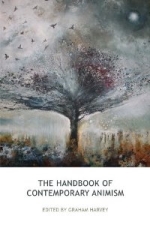 In the chapter Metamorphosis and identity: Chewong animistic ontology Signe Howell emphasizes that the Philippines needs more than a legal framework to protect its ever-dwindling natural resources and its peoples, wherever they may be. It also needs the political will to ensure that minority peoples, politicians, police, journalists, judges, activists, courts and lawyers cannot simply be manipulated or intimidated by powerful interests and powerful families. At the present time no such will exists, and good people continue to put their lives at risk simply for standing up against mining, logging and other interests.