In this article, Sindre Bangstad has analysed some of the most central contributions to the Eurabia genre in Norway, as well as its popularization and mainstreaming in Norway in the past decade. 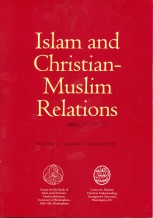 Andres Behring Breivik, the perpetrator of the 22/7/11 terrorist attacks in Norway, was profoundly inspired by what has become known as the Eurabia genre. Behring Breivik’s 1516-page cut-and-paste tract, 2083: A European Declaration of Independence, makes extensive reference to Eurabia authors, and most prominently to the blog essays of the Norwegian extreme right-wing blogger “Fjordman,” also known as Peder Are Nøstvold Jensen. A popular transnational genre found in both film and literature, the Eurabia genre is central to understanding the worldviews of extreme right-wing “counter-jihadists.” It is a conspiratorial genre in which a central rhetorical trope is that Europe is on the verge of being taken over by Muslims.