Book Launch: Fire on the Island

Tom Bratrud launches his new book Fire on the Island: Fear, Hope and a Christian Revival in Vanuatu 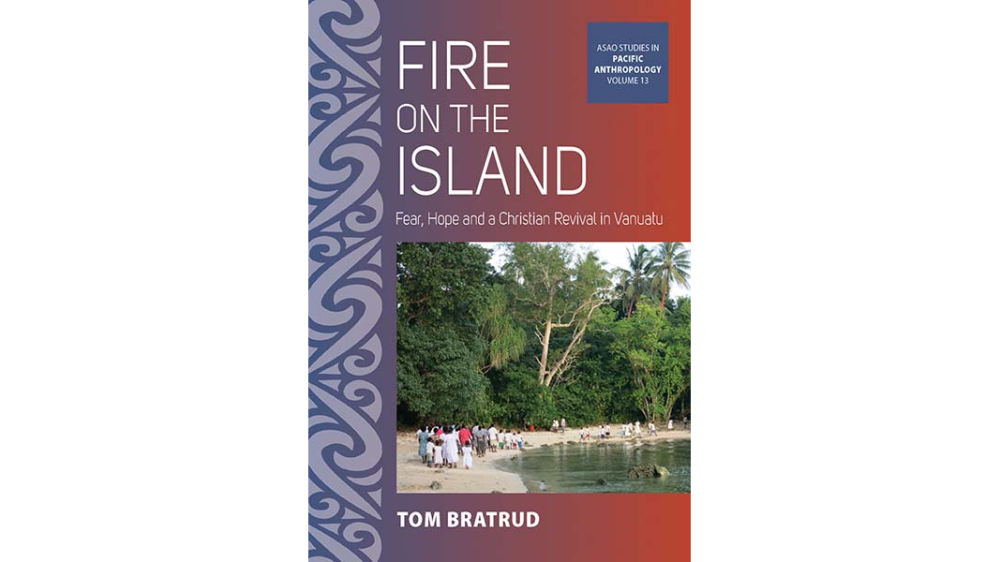 Drawing on 20 months of ethnographic fieldwork in Vanuatu in the South Pacific, this book examines how social movements aimed at creating change can emerge to address and sometimes resolve social problems, but also carry risks of worsening the same problems they arise to address.

The event will be streamed. To join the live stream event go the Department's YouTube-channel.

About the book
In 2014, the island of Ahamb in Vanuatu was the scene of a startling Christian revival movement led by thirty children and youths with ‘spiritual vision’. For nine months, the children offered daily messages from the Holy Spirit about who was blessed, who was cursed, and what evil needed to be defeated so community members could receive salvation in the looming Last Days. During these times, people on Ahamb frequently described the revival as ‘cleaning the island’, in the wake of enduring political conflicts. The revival’s purification process came to a dramatic halt, however, when two men believed to be sorcerers responsible for much of society’s misfortune were hung by persons who feared for the island’s security and well-being.

Based on twenty months of ethnographic fieldwork on Ahamb between 2010 and 2017, including the entire period of the revival’s birth and development, as well as the hangings and their aftermath, this book investigates how social upheavals like the Ahamb revival may emerge. Fire on the Island traces how renewal movements are venues in which social problems can be addressed and sometimes resolved, but simultaneously carry risks of intensifying those very same problems.

The book is published by Berghahn Books and can be purchased here: https://www.berghahnbooks.com/title/BratrudFire