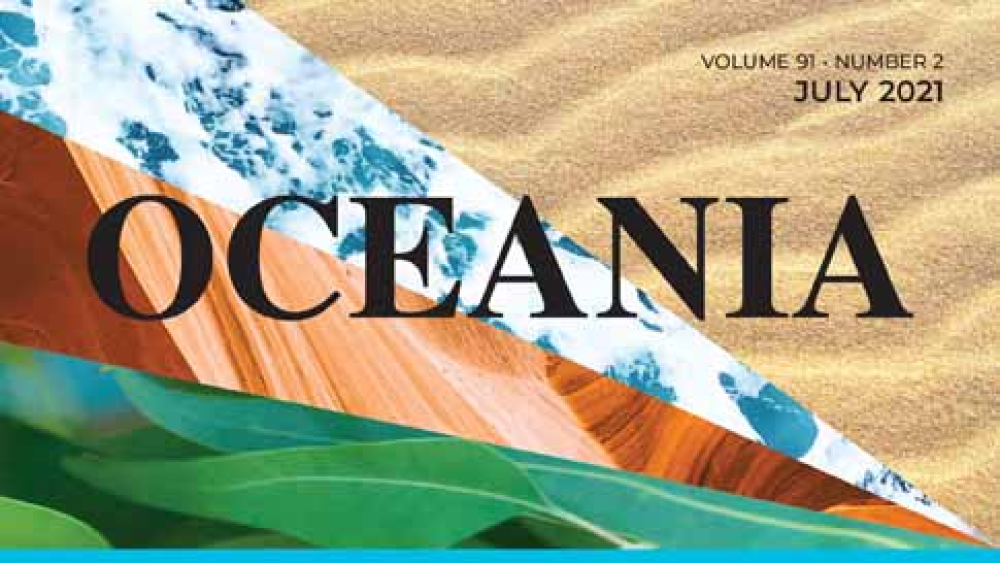 "‘Cutting the Colonial Cord’? Tensions of Value and the Relationship between Tokelau and New Zealand"

This article discusses concepts of self-government, dependence and independence in the light of Tokelau and New Zealand practices. Kin-based forms of mutual dependence are compared with the demands for specific forms of self-governance practiced by the New Zealand administration. Tensions of value have emerged between village based political leadership, and the public servants of the administrative infrastructure.

The smallness of Tokelau's land area is complemented by its considerable maritime resources secured by an Exclusive Economic Zone. Tokelau's need for New Zealand administrative support to administer its fishing quotas, and for military policing of its maritime boundaries, makes Tokelau dependent on the greater power. The relationships of dependency going the other way, that is New Zealand's dependence on the marine wealth of Tokelau and its strategic value as Pacific partner, are largely obscured by the policies that demand Tokelau reaches an internationally approved standards of governmental practices for it to be able to govern its own affairs.

The two forms of dependency, one based on reciprocity and mutuality, and the other, rooted in an economic logic of self-sufficiency are entangled in everyday life in Tokelau. However, the practices of economic self-sufficiency work over time to erode the viability of the local subsistence economy.

This paper examines how the new material value of land in postcolonial Vanuatu intensifies people's shaping and re-shaping of claims to autonomy and dependence. Ahamb, like many other villages in Melanesia, originated as a mission community with people moving in from various original homelands. The mix of people from different places facilitated new kinship bonds and senses of community. However, it has also sparked disputes over land rights and leadership, fuelled by the postcolonial government's incentives for converting customary land into registered titles and leases for wealthy investors.

The possibility of leasing out land, and preventing others from leasing out land, creates a dynamic where groups increasingly define themselves in terms of landowner clans that exclude outsiders rather than the wider kin networks that include them. Redefinitions of social boundaries generate secondary disputes over dependence and autonomy where care of kin, Christian commitment and future aspirations sometimes prove to be incompatible and in need of negotiation.

In this article, Keir Martin looks at the ways in which a number of forms of providing for a livelihood have increased in importance in the region in this period and explore the ways in which they have created the possibility for new ascriptions of dependence and independence. Martin explores these issues with particular reference to Tolai people of Papua New Guinea's East New Britain province, where the wealth of ethnographic and archival material going back many decades provides the possibility for a particularly rich and deep historical perspective.

Wage labour has increased in importance for many communities in the past few decades. Similarly, resource extraction and cash-cropping have also expanded in scale and importance in many parts of the region in recent decades. Martin argues that shifting evaluations of dependence come in and out of vision in relationship to these trends and these shifting evaluations are themselves central components of the construction of new hierarchies and relations of dependence.