The Politics of Caste in India’s New Land Wars

Kenneth Bo Nielsen has edited a special issue of Journal of Contemporary Asia. He has also written two articles in the same publication, volume 50, issue 5, 2020. 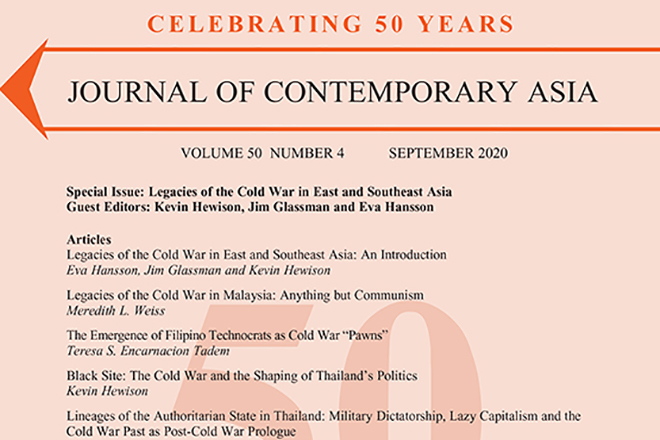 In the article "The Politics of Caste in India’s New Land Wars", Kenneth Bo Nielsen, Siddarth Sareen and Patrik Oskarsson introduce the special issue through framing the debate on the role of caste in India’s current land wars.

The researchers draw attention to how caste consistently mediates land transfers in present day India by pre-empting, undermining, or fuelling processes of social contestation, as well as the ways in which land claims in turn shape realigned or reimagined caste identities. Based on this, they make three main arguments.

The first and most obvious one is that in contemporary conflicts over land, caste matters in evolving ways that deserve attention. Second, the researchers argue that caste and land are recursively linked categories that are produced and reproduced in continuous interaction, even as multi-scalar political economies (re)shape them. And third, that different registers of caste are articulated by different social groups in more or less overt ways as they stake often competing claims to land.

In the article "Orchestrating Anti-Dispossession Politics: Caste and Movement Leadership in Rural West Bengal" Kenneth Bo Nielsen uses the concepts of orchestration and spectacle to analyse the work of leaders of an anti-dispossession movement in rural West Bengal.

He examines what being a movement leader entails and argues for the importance of connections and social relations in the production of both movement leadership and movement spectacles.

By introducing a Dalit perspective on a movement that was otherwise led by the local middle-caste peasantry, the article shows how local caste and class relations have been important in defining access to positions of movement leadership; in disconnecting specific Dalit interests from the movement’s larger political agenda; and in giving rise to certain forms of internal policing of caste boundaries within the movement. The fact that the ability to cultivate and “connect” to the new political spaces opened by the anti-dispossession movement correlates strongly with historically produced caste and class inequalities calls for greater attention to the internal caste politics of anti-dispossession movements.