To stop the erosion of hope: the DMARD category and the place of semantics in modern rheumatology

Jonas Kure Buer sheds light on a pivotal moment in the history of rheumatology, while modelling an anthropological approach to drug categories as meaning-making Devices 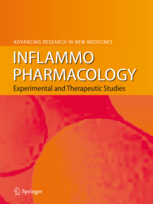 The article is a continuation of Jonas Kure Buer’s previous work on the history of the term DMARD.