In the 1st Edition of the Routledge Handbook of Autocratization in South Asia Associate professor at the Department of social anthropology Kenneth Bo Nielsen has co-written chapters on autocratic environmental governance and hindu nationalist statecraft. 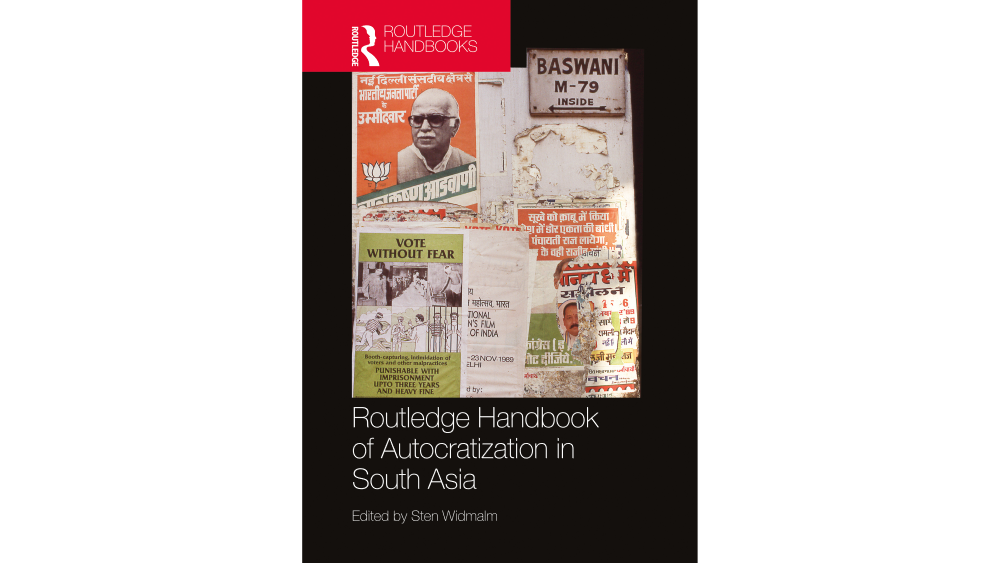 In this chapter, the authors analyze how a majoritarian Hindu nationalism has been inscribed into law in unprecedented ways under Narendra Modi. In doing so, they start from Hindu nationalist attempts at redefining the Indian nation through grassroots mobilization and violence from the 1990s.

The chapter then analyzes the more recent attempts by the Modi regime at mobilizing law in order to align the nation with the core tenets of Hindu nationalism. This, they argue, is in effect an attempt at legally locking in Hindu nationalist claims to the nation in ways that make it exceedingly difficult to reverse such claims in the future, and which erodes democratic rights in dramatic ways.

In this chapter, the authors analyse changes to environmental governance and policy under Narendra Modi’s authoritarian populist regime, a regime which prioritizes economic growth over other possible goals in the political economy, while simultaneously adopting a repressive approach towards dissenters.

This, they argue, has registered as an autocratic turn in environmental governance, with detrimental consequences for the bio-physical environment, and for marginalized tribal and local communities whose rights have been greatly eroded, and whose access to deliberative and consultative spaces has narrowed. They substantiate this argument by analysing two specific domains of environmental governance, namely forests and land.