Arnd Schneiderco-edited a new book on the 'field as staged' in performance, art and anthropology. 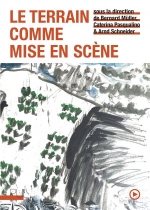 The book starts from the supposition of the ‘field as staged’ (a literal translation of its title), where social ‘reality’ and ‘fieldwork’ merge in a mise-en-scène which is constituted by the generative performances of anthropologists, artists and social actors. Based on revised papers from a conference on “Performance, Art and Anthropology” at the Musée du quai Branly, Paris, as well as new contributions, and including renowned anthropologists George Marcus and Johannes Fabian, this volume explores new epistemological grounds between theatre, performance, cinema and anthropology.