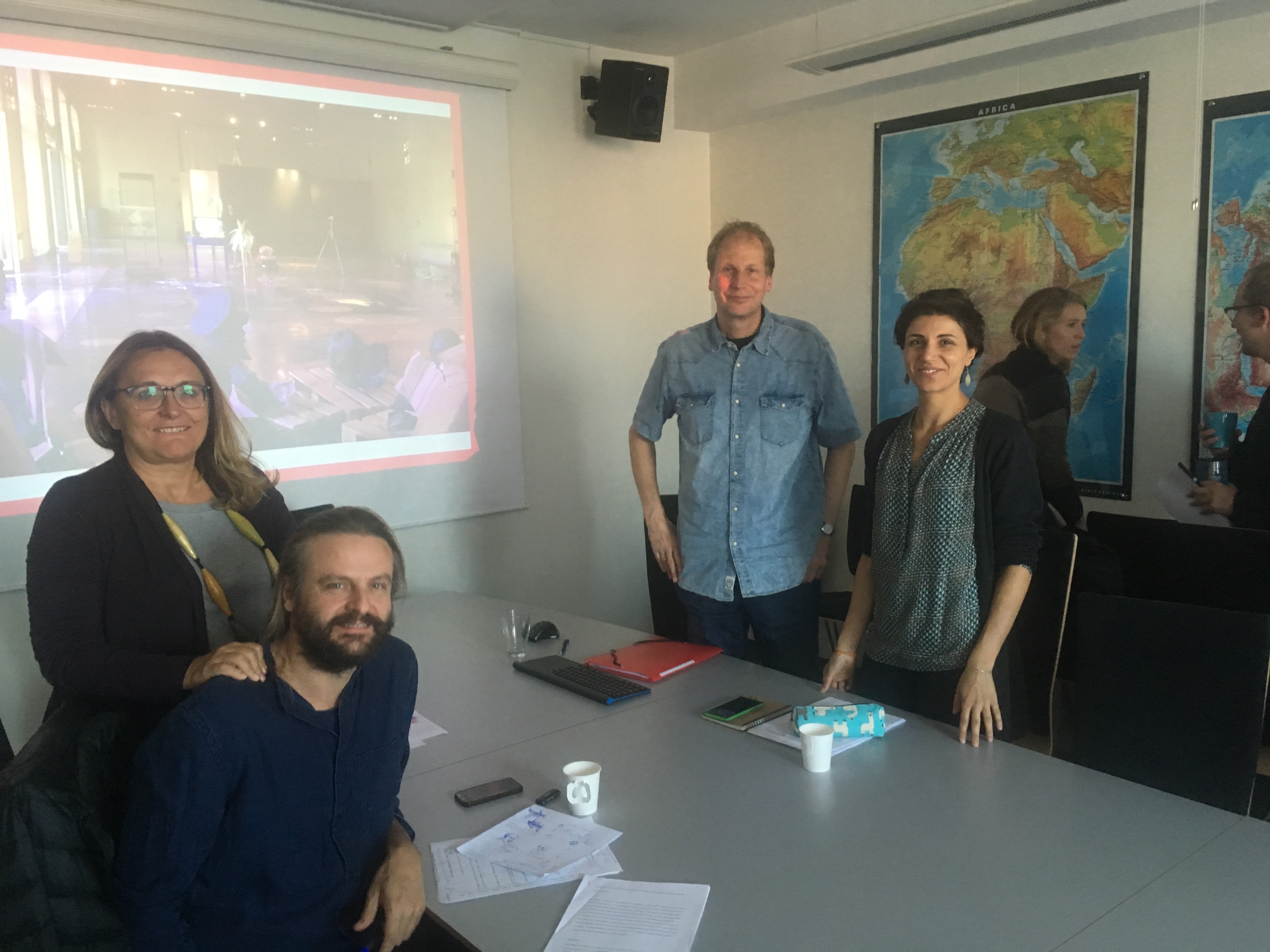 The research project concerned the investigation of collections of material gathered from Italy’s former colonies in Africa. These collections are held by different institutions in Rome including the former IsIAO – L’Istituto Italiano per l'Africa e l'Oriente (The Italian Institute of Africa and the Orient), the former African Colonial Museum – now in storage in the Museum of Prehistory and Ethnography L. Pigorini (part of Museo delle Civiltà). Present from the research project were Leone Contini (artist, Florence), Loretta Paderni (Museo delle Civiltà, Rome), Rossana di Lella (Museo delle Civiltà, Rome), Arnd Schneider (SAI, University of Oslo). The seminar focused particularly on artistic representation of family memories and practises, serendipity as both method and theory, and working with contentious history.

Arnd Schneider introduced the research project and explained how it was a part of the larger TRACES project. He went on to give a brief introduction of serendipity as method and theory in anthropology, emphasising how it is connected to creativity and creation. Leone Cortini then spoke about how a chance encounter at the Pelegrini museum impelled them to focus on the Italian colonial experience in Libya. This period is little known among the Italian public, with many Italians holding a romantic idea of the colonial experience as creating progress and bringing modernisation to the colonised population. During the investigation of the  museum collections, it was especially the facial plaster masks which caught the fieldworkers’ interest. These were taken by Italian anthropologists during the 1920-30s, and often used to promote ideas related to scientific racism. Inspired by this discovery, the team made the facial masks the focus for an artistic intervention, where the masks were examined, constructed and reconstructed, and finally displayed in a lager exhibition, along with other materials from the colonial period. The aim was to open up for discussions about and renewed interest in contentious history and post-colonial heritage held by museums, both in Italy and beyond. As Contini put it, the idea was to make the invisible images of the colonial past visible for the public.

After the presentation the floor was opened for questions and comments from the other participants, which lead to stimulating and interesting discussions. Several of the participants expressed an interest in serendipity. Other participants commented on the importance of teaching the public about contentious history, against a backdrop of growing nationalist movements in Europe. As one participant said, “the danger is the amnesia will end, but for the wrong reasons”, pointing out how some right wing politicians in Italy today talk about building labour camps in Libya.