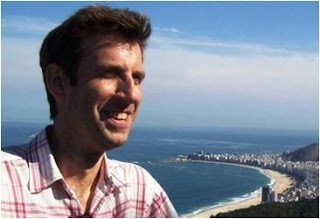 For James Clifford, “we are all Caribbeans living in our urban archipelagoes”. What does a “Caribbean” mode of living and thinking mean in our current era of globalisation? In this seminar we will discuss some key proposals and issues in contemporary Caribbean discourse, made by writers, intellectuals and artists: how have they dealt with the contradictions and issues of cultural identity since colonial times? How do they define Caribbeanness? And what does their postcolonial agenda look like? For many centuries, and even at the beginning of the millennium, the Caribbean has been mostly absent from our history books, while glossy brochures are plenty full of exotic imagery to invite tourists to its exotic beaches. Among scholars, the interest in the Caribbean as a complex crossroads of languages and cultures is fairly recent. In this seminar we will focus on the many changes in perspective of how the Caribbean has been viewed. How did the processes of linguistic and cultural mixing (known as creolisation) take place in the region, and why are they important? What has changed since the early days of colonialism, slavery, and the implementation of the Plantation economy? How did the Caribbean become a metaphor for cultural interaction and interconnectivity, but also a laboratory of capitalism and globalisation avant la lettre? The region, and its diaspora (one of the biggest ever) tell the history of postcolonial short-circuits and paradoxes, a space where cultural identity is put on trial; but also a space where neo/post colonialism seamlessly cohabits with the great narratives of colonialism and modernity. Intellectuals such as Martinican writer Edouard Glissant and Antonio Benítez Rojo, from Cuba, describe this new world as a “chaos-world” and “meta-archipelago”: a unified and creolising planet but also one that needs to be constantly gauged, to safeguard us from globalisation’s homogenizing force. Finally, we will discuss the question whether the Caribbean is also a synecdoche for non-postcolonial regions (such as Europe).

Interview with Kristian van Haesendonck about the seminar: