Overheatingseminar with Theo Rakopoulos: The Future of Solidarity: Food Cooperativism as Labour in Greece 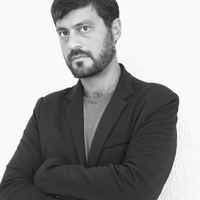 The Future of Solidarity: Food Cooperativism as Labour in Greece

This paper elucidates the grounded social activities of certain groups in Thessaloniki, committed to building a social economy of distributing food without intermediaries. In the light of new ethnographic data from grassroots responses to the crisis, I propose to expand reciprocity's conceptual boundaries, extended to include a local concept rampant in crisis-ridden Greece: solidarity. Identifying the range of social activities branded as 'social economy' in food distribution, I suggest they should be approached through the prism of labour, especially in the light of a cooperativist prospect under way. The participants envision that the unpaid social economy can transform into a cooperativist system able to reproduce itself via the valuation of their labour.  Food distribution activists are projecting their current reciprocity activity into a solidarity-centred future. The recognition of the labour they invest in their reciprocity activities is central in this projection. Activists associate this recognition with the future organisation of the movement in cooperatives.  This future-oriented idea is radically opposed to a 'no future' perspective or a past-focused conceptualisation, rampant in Greek mainstream discourse as well as in parts of the relevant scholarship, that aim to isolate the crisis' origins.

From economic crisis to solidarity economy: An interview with Theodoros Rakopoulos