Overheating seminar: The backstory of the risk-free asset: How government debt became "safe" 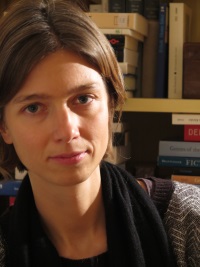 Collateral has since antiquity been used as a safeguard for contractual obligations, such as debt. But how did debt, and in particular government debt, itself become the most common form of collateral in the financial system? In other words, how did government debt become "safe"? The safety of sovereign debt corresponds to the establishment of sovereign creditworthiness: from sovereign bonds being charged a significantly higher interest rate than commercial loans in the Middle Ages to circulating "unsecured", that is, no longer requiring additional security in the form of either collateral or a high interest rate but trading merely on "full faith and credit".

Modern finance theory and standard economics have treated the safety of sovereign debt as an assumption that has been fundamental to the main pricing models for stocks and derivatives in the form of the risk-free asset. Economic history at the same time however tells us that “there is no such thing as a perfectly safe sovereign”. Safety, as Alberto Giovannini notes, “is ... a relative concept, determined by human perceptions” (2013: 3). How can one make sense of both these stories: sovereign safety as an axiom of modern finance as well as its historical contingency, relativism and dependency on perception? This presentation traces the answer to this question partly in a forgotten linkage of financial and imaginary fiction and argues that it is in the wider history of the public/ private  and fact/ fiction distinctions as well as their co-evolution that one should seek to place a history of sovereign safety.

Interview with Nina Boy about the seminar: