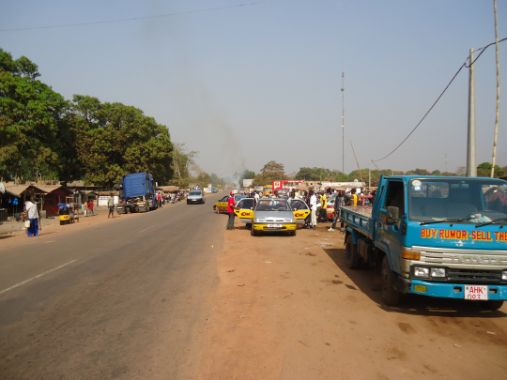 Hot-spots. Due to an increasing transnational interest in land, various areas in developing countries are becoming hotspots, contested spaces characterized by accelerated change and a growing density of activities of claims. This research aims to scrutinize such a hot-spot: the Northern Province of Sierra Leone, an extremely vibrant area; full of possibilities, expectations and disappointments.

In the past, Sierra Leone has experienced periods of economic growth, but after a long civil war the country entered the 21st century destroyed and impoverished, with a dwindling economy, which (in the rural areas) mainly depends on subsistence-level livelihoods, for example small scale trade, subsistence farming and fishery. However, driven by global developments, such as the depletion of natural resources, the global food crisis and climate change agenda, the area under study has recently become the stage of an increasing transnational interest in land. The research project will focus on two large-scale land-acquisitions that epitomize these transnational developments.

Interestingly, land acquisitions are framed both as a promise and a problem. One the one hand, they are framed, portrayed and seen as solutions to global crisis and triggers for development. A promise for developing countries specifically, where job creation and value addition is much needed, as well as a promise for global challenges. On the other hand land-acquisitions can be seen as a problem, triggering or enforcing increased pressure on land and livelihoods.

This project concentrates on the nexus between land-acquisitions as both promises and problems. While doing so, the project analyses the multiplicity of articulations of the three crises of globalization in the realms of economy, environment and culture. Critical in this analysis are notions of value, power and the future. What kinds of values are attributed to land and land-related activities? Which power-discourses are at stake, which persons or institutions are claiming and given authority, and by whom? What futures are formulated and based on which principles, and how are these future projects turned into concrete situations.

The analysis will be guided by the following general research questions:

How do processes of land-acquisitions in up-country Sierra Leone trigger overheating and create contested spaces? How do people and networks of people perceive the three crises of globalization in the realms of economy, environment and culture? And following on this perception, how do these same stakeholders deal with anticipate on the consequences of the three crises?