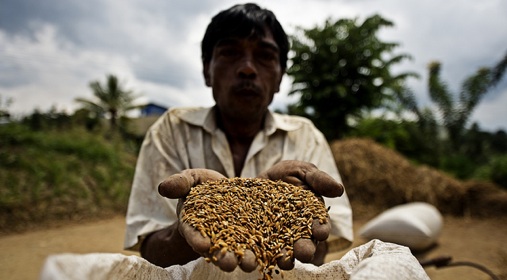 Farming is hardly viable any more. Big changes in farming = big changes for the society as a whole. Photo: Internet Society, flickr

Recently, the inhabitants of Colombo met with an unusual sight: Hundreds, some say thousands, of farmers went through the streets of Sri Lanka’s capital wearing only loin cloths.

The farmers wanted to draw attention to a long-standing crisis in rural Sri Lanka: Farming is hardly viable anymore, and the authorities do not seem to care.

When farming faces big changes it has a great impact on the society as a whole. Farming is a cornerstone of Sri Lanka’s economy. For 72 % of the population it is not only their main source of income, but also their way of life. Today, many farmers don’t see any other option but to abandon their farm and migrate to the city or try their luck in far-away places like Singapore or Dubai.

How is the crisis in rural Sri Lanka connected to the global economy? What role does climate change and changing human-nature relations play? What explanations for the current crises and which solutions are people offering? 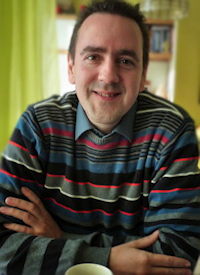 Wim Van Daele: Food is something that powerfully shapes our life but it skirts our awareness and therefore it seems so trivial. Yet, this triviality is where its power lies in crafting a new worldview.  Photo: private.

These are some of the questions that Wim Van Daele is going to investigate in his Overheating project that he has just started. The Belgian anthropologist has done research in Sri Lanka for both his Master and his PhD thesis, always focusing on the centrality of food in life.

Food as a matter of increasing concern

Food is a matter of increasing concern in Sri Lanka and many other places, he explains:

– Food is connected to climate change and to other environmental hazards, the monopolisation of food supply by agro-businesses, and excessively incited desires. Food cultivation is both shaped by climate change and is part of what causes it in the first place. Food offers a specific vehicle with which to study the economic, environmental, and cultural crises of globalisation.

Inspired by his earlier research he is going to link the three crises to a deeper crisis of desire:

– Villagers’ explanations of the crises that they perceive are haunting village life and global society tended to revolve around one core issue - desire. Desire is being cultivated by development projects and the neoliberal economy, leading to a destructive and, the villagers argue, an overheating “fire of desire”. To approach the Overheating project from ordinary people’s sensibilities, I am therefore approaching the three crises from a deeper crisis of desire.

The excessive desire for resources

– How are these crises linked to a deeper crisis of desire?

– The ecological crisis, for example, is about the excessive desire for resources that destroys the regenerative capacity of the earth. Through exploiting resources, but not giving back to the earth, the earth loses its capacity to be “an eternal spring of gifts”, as local activists would say. In such a way, they refer to the widely shared notion that there needs to be a balanced give-and-take relation in (human and non-human) society as opposed to the single-direction extractive one.

– This kind of agriculture is causing additional health issues, for example kidney failures that in many cases have ended fatally. Kidney failures are attributed to fertilizers, insecticides and pesticides.

– According to the UN, Sri Lanka is the country with the highest use of agrochemicals in the world

– I’m not surprised about that. The Green Revolution, introduced in the mid–1960s, has made agriculture heavily dependent on agrochemicals. The goal is to produce more output. You give something to the earth that makes the earth give more but does not really feed the earth. People say it “burns the earth”. Activists therefore advocate a regenerative agriculture, often in the form of agro-forestry, where you allow the leaves of the trees to fall down and rot and have the earthworms do their fertilising work.

People also perceive that human-elephant conflicts are on the rise, the anthropologist says. Elephants are not only destroying cultivated land but are also attacking people. In 2012, 61 humans and 250 elephants lost their lives. 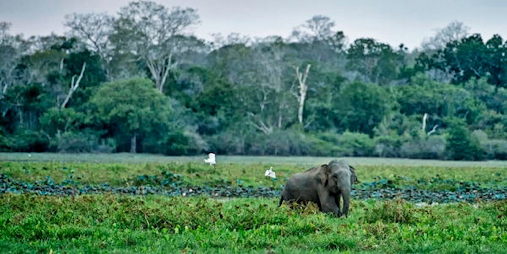 People are blaming the intensification of the conflict between humans and elephants on the large scale Mahaweli irrigation project that aimed at making Sri Lanka self-sufficient with rice, Van Daele explains:

–A lot of forest was cut down to make more agricultural land available and increase its output. The general discourse holds that due to the loss of their habitat the elephants are in intensifying competition with humans. This destructive competition is exacerbated by the greed with which both living beings are endowed, people say.

The cultivation of desire leads also to a cultural crisis. In Buddhism, the religion most people in Sri Lanka adhere to, desire is something that one is supposed to approach with equanimity:

– In Buddhism desire causes rebirth. A main goal for Buddhists is to annihilate desire in the end in order to escape the suffering that is caused by rebirth. When desire gets excessive, you cannot even get reborn; you get stuck between death and rebirth and you turn into a hungry ghost, the anthropologist points out.

– Hungry ghosts are constantly hungry, but their hunger can never be satisfied. They are characterized by needle-thin throats and very big bellies.

These hungry ghosts also tend to excert malicious effects on the living, and therefore these hungry ghosts are manipulated in sorcery attacks. In order to restore the balance of desire you have to do a rite together with a spirit medium, which is often done through food offerings.

– There is a general sense that these sorcery attacks are on the increase, exactly because of the overheating of desire in the form of jealousy, Van Daele says.

Such rites are currently flourishing.

– Restorative rites are one way to regain agency during a wider economic crisis where the relation between means and ends grows more opaque, for instance where ones hardship is attributed to sorcery. John L. and Jean Comaroff have been describing this phenomenon as “occult economies” - the deployment, real or imagined, of magical means for material ends and where magical means involve speculation, short selling, pyramid schemes, divine powers, or hungry ghosts.

Traces back to colonial times

– Who or what is resonsible for this overheating? Any first thoughts?

– Desire in itself is not the cause, desire has always been there, without desire the would be no life since one requires desire to aspire an improvement for oneself and the world. The only thing you can do is to soften out desire, to make it balanced. I think the cause for the overheating is exactly that our desire is unbalanced, excessive, and then acquires different shapes like hungry ghosts, greedy corporations, or craving consumers.

– Activists and ritual specialists often blame the crises on neoliberalism because it turns people into consumers. I think colonial history is even more important. The initiation of a commercial logic in agriculture has started in colonial times through the introduction of cash crops, through the idea to put plants in plantations as the British did with their tea plantations.

The fragility of food

– What can we do with your research? After having done voluntary work at an NGO working on food security, you wrote some years ago: “The issue of how to make anthropological knowledge useful and applicable for development organisations still remains a challenge to me.” You know the answer now?

– I just spoke to this NGO in Belgium, they asked me the same question. My answer was that the only thing I’d like to achieve is to cultivate a fundamental sensitivity for the fragility of life as shaped by food. This awareness would radically change our relation to the world. Food is something that powerfully shapes our life but it skirts our awareness and therefore it seems so trivial, unworthy of academic endeavour to some. Yet, this triviality is where its power lies in crafting a new worldview and vision.

– How did you get this interest for studying food?

– Because I worked as a farmer myself, part time for five years in an organic farm. I’ve also been part of a food collective. We were buying large quantities of organic food and cultivating it ourselves. We sold it at a low price at a small shop to make organic and healthy food accessible to people with low income. Normally eating organic food is rather something elitist.

– And politically, food is the basis for independence - on national, local or personal level. If you cultivate your own food you’re much more free to do what you want.

– And why Sri Lanka?

– That happened by accident. For my master research I wanted to go to Indonesia through an NGO in Belgium. But the NGO could not provide a place in time. Then I came in contact with François Houtart, who is one of the founders of the World Social Forum and also helped to establish the peasant movement Via Campesina. He put me in contact with an organisation in Sri Lanka, so I went there instead.

– I heard you’ve had a long relation to Norway?

– Yes, I went to secondary school (videregående) in Trondheim for a few months, and to Folkehøyskole in Brandbu. I was member of the environmental organisation Natur og ungdom and went to their summer camps. My father comes regularily to Oslo. He is professor in mathematics and collaborates with professors in Oslo and Trondheim.