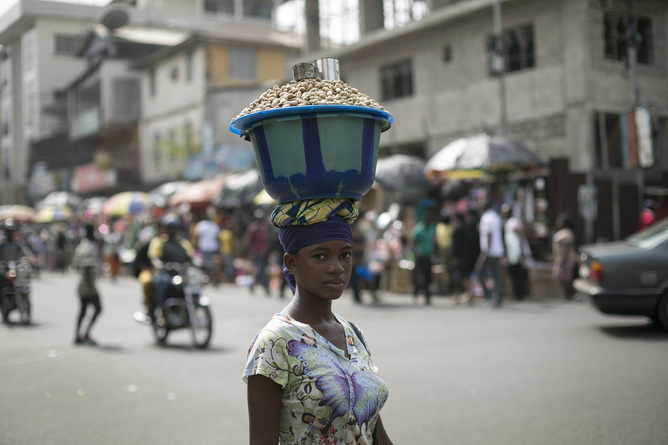 Sierra Leone has made significant progress in the fight against ebola and is grappling with economic recovery. (Photo: Reuters/Baz Ratner)

Although the country is not yet officially ebola-free, there are signs showing significant improvements. Economic recovery discussions have therefore also started.

Exemplary for these discussions is a recent online debate hosted by The Guardian, which identified a 20-step approach to economic recovery. Broadly, these steps mainly proposed ideas about economic growth through investment, the role of the private sector and accountability of the government, companies and NGOs in facilitating local entrepreneurship and education.

These suggestions are crucial and need to continue. But we need to ask how they can contribute to broader sustainable change. To do so, challenges in the social domain at individual and interpersonal level need to be actively factored in.

If there is one thing that ebola has proven, it is that Sierra Leone’s development over the last five to ten years was very fragile. Materially, the country has changed. When I visited Lunsar, a town in the Northern Province, in 2003, it was in ruins after more than a decade of war.

But, during the last ten years, it had slowly come back to life and even turned into a place of hope when iron-ore mining started again in 2006. There is electricity and water supply and roads are better than a decade ago.

Yet, in many ways the country is facing a similar situation as it was right after the 11-year long war which ended in 2002: a broken economy in a devastated, disillusioned and socially fragmented society.

If the post-ebola period aims to produce change that is sustainable and lasting, social change from below is crucial. In this respect, there are two important aspects that need to be addressed.

First is the issue of trust. Initially, there was widespread local scepticism towards the disease when it first broke out. The solutions proposed by a spectrum of agencies pointed to a structural problem of endemic mistrust among the population. So deep is the problem of mistrust that one often hears being said:

There is no trust in Sierra Leone.

The pervasive lack of trust in systems, institutions and individuals are the result of past experiences where people have been deceived and cheated. It often makes society react in ways that are unpredictable, as shown by attacks on health workers and facilities in the fight against ebola. Such attacks are not unique to Siera Leone.

Second, the role and abuse of power – often hard to distinguish from money – is a resource for exercising domination and control in unfair ways. As a result, new opportunities – in particular jobs in companies or development projects – are appropriated by those in power. They, therefore, serve individual, rather than societal interests.

A case in point was the missing ebola-funds. But less public instances also occur, such as teachers forcing students to pay them for the grading of assignments or mandatory extra lessons.

Naturally, this unpredictability of society, lack of trust and frequent abuse of power makes long-term commitments – whether to another person, a state institution or a commercial or development project – risky and difficult.

To change this, power structures need to be contested and adjusted. Several of the proposed economic recovery approaches could facilitate this. During my ongoing research into economic and social change in Sierra Leone, I have seen how large-scale investments and NGO projects, for example, can open up spaces of power contestation.

For example, I witnessed how the resettlement of a village by a mining company did not only create new challenges, but also allowed marginalised villagers to speak up, demanding equal participation in village life.

Yet, while contesting power is a good first step, the result is often consolidation instead of change.

These issues are not new. In 2008, the office of President Ernest Bai Koroma set up structures to facilitate attitudinal change in society. This was geared to fight the negative attitudes, often generally labelled as corruption, that prevented Sierra Leone´s development.

But despite material and economic improvement throughout the country, little has really changed at the social level. “The same things that led to the war are happening again, in third gear,” a friend of mine living in rural Sierra Leone commented on the local situation of power abuse. Such perspectives are widespread, and also acknowledged in policy circles, as a statement by the national co-ordinator of the Attitudinal and Behavioural Change Secretariat underscores.

To be absolutely clear, this does not indicate that another war is waiting. It emphasises that abuse of power is still rampant and the lack of trust and loyalty continue to cause structural problems in society.

Arguably, Sierra Leone needs to implement a great many of the recommendations set out in the 20-step suggestions. This includes improved infrastructure, increased investments with benefits for the local population through employment or local procurement, and an improved educational system.

But for these approaches to succeed and socioeconomic transformation to be fair, equal and sustainable, trust must be developed and power structures changed so that people can participate equally and confidently in society.

This is not a simple, short-term process. It covers widely divergent issues such as the rule of law, fair participation in the economy, achieving a decent living standard, access to information and a feeling of inclusion. Above all, it is a process that is – and should be – fundamentally intrinsic.

This article was first published at theconversation.com

By Robert Pijpers
E-mail this page