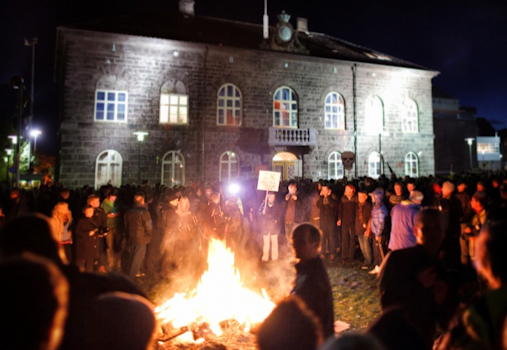 Protests at the Parliament in Reykjavik: When neoliberal policies resulted in a meltdown of the national economy, which at best instantly doubled daily expenses and levels of debt for cars and houses, Icelanders took to the streets. Photo: Private

October 2008. When anthropologist Gísli Pálsson returned to Iceland after some days abroad, the stewardess did not as usual warmly address the passengers with “Welcome home!” over the plane’s loudspeakers. Instead, she said in a deep cynical tone “Welcome to the bank ruins!”

In the next Overheating seminar on 30.4.2013, Gísli Pálsson will be speaking about one of the largest financial crashes in history - the meltdown in Iceland. He will present a book in the making about the meltdown: “Neoliberal Iceland: The Canary in the Global Coalmine”.

It started with the privatisation of the resources of the sea 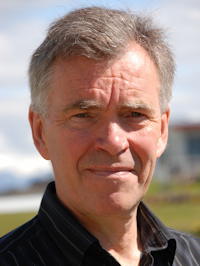 In the 1980s he studied one of the first stages of a development that later would partly ignite the big crash - the privatisation of the resources of the sea: fish.

At that time, he published several papers on the concentration of quotas in the hands of a few families:

– Icelandic fisheries became one of the first showcases for the supposed beauty of a neoliberal marked based fisheries program. As it had done around the world, neoliberalism concentrated wealth in a few elite hands. Within few years the public property of fish was privatized and allocated to the biggest boat owners, making them millionaires. Wealth from the national resource fish was first privatized and then moved into the realm of finance, until everything spiralled out of control, the anthropologist explains.

The book “Neoliberal Iceland” aims to provide thick descriptions about the implications of the meltdown for the Icelandic society, including local communities, urban poor, immigrants, artists, intellectuals, school children, fishermen and women, and politicians.

– There is a growing literature on the Icelandic meltdown and other meltdowns, but these works tend to be mainly economic or business studies. My co-organizer Paul Durrenberger and I felt the horizon needed to be broadend. So, last August we arranged a workshop, funded by the National Science Foundation in the US. The team consisted mainly of anthropologists, but there were others too, a philosopher, sociologist, educational scholar, linguist, historian - and a poet-novelist.

– In the draft Introduction of the book you’re using a kind of activist language that is rather unusual for an academic book with their cautious “on the one side and on the other side” rhetoric. For example you write “Iceland was the first and the worst of what could and did happen across Europe in the coming years, yet neoliberalism still reigns across the globe. It’s up to us to notice before it is too late.”

– I do defend this. Sometimes we need to speak out. No one can doubt that what happened in Iceland was profoundly damaging families and companies. It was a massive blow that literally overnight left lots of people unemployed, and doubled daily expenses and levels of debt for cars and houses that people were unable to pay.

– So I think it’s important to try to keep a straight head and speak out rather than using the usual academic verbosity. 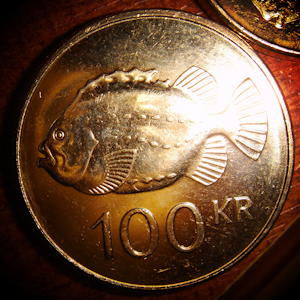 Fish is money: Wealth from the national resource fish was first privatized and then moved into the realm of finance, until everything spiralled out of control. Photo: marie-ll, flickr

One of the 20 articles in the book focuses on the “surreal politics of the so-called Best party”, he explains:

– The Best Party took everybody by surprise by winning the City Council elections of Reykjavik in 2010. The people behind the party were mainly artists. They made playfully fun of politics but with a serious undertone. They started a campaign like a carnival - crazy, surreal and fun. A parody on Iceland in the crisis. One of the authors of the book watched the scene closely and reflects on it.

Another article focuses on the Viking rhetoric before the crisis, when Iceland experienced an unparalelled economic boom:

– Prominent business persons were trying to explain the boom before the crash in terms of the psychology of an Icelander as a descendent of the medieval Vikings who took immense risks, ventured into distant lands to pillage and profit, and then returned to Iceland as public heroes.

– Yes, it was assumed that there was something essential and almost genetic in the successes of these Business Vikings. Embarrassingly, professional scholars at the main universities also engaged in intensive ideological work that highlighted the “uniqueness of the Business Vikings of Iceland”.

– At the University of Iceland they even designed specific research projects to explore, draw upon, and advance these so called “unique characteristics of the Business Vikings”. Critique was suppressed, and those who felt they had objections, gave up and became silent. Some of these projects were, by the way, financially supported by some of the banks and companies that were heavily implicated in the meltdown.

Universities as “vanguards of the neoliberal turn”

– The universities as “vanguards of the neoliberal turn”?

– Yes. In order to understand the crises one has to pay attention to the role of economics. The neoliberal economies were driven by Lady Thatcher and Ronald Reagan in the political domain, and by a series of economists in the academic domain.

– There is a famous metaphor by Deirdre McCloskey who is trained in Chicago. McCloskey characterized neoclassical economists as “a motorcycle gang among economists“. A very masculine notion, pointing out the failure of neoclassical economists to address the issue of solidarity, except within the patriarchal family and the corporation. This ”gang" was overheating the Icelandic economy mainly through the refashioning of fisheries in terms of private quotas, and deregulation.

Religious belief in the market

– And their belief in the market was somehow religious as novelist and poet Einar Már Guðmundsson points out, as I read in the introduction of your book? The “Invisible Hand” becomes the “Will of God”. Do you agree?

– When the fishing stocks were privatized in Iceland in 1984, one of the key assumptions behind the privatization was that quota allocations should be based on boat ownership. The assumption was that the people owning capital and boats were the real actors in the economy and society. 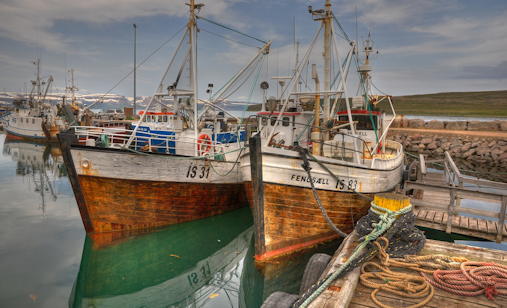 Privatisation: The public property of fish was concentrated in the hands of boat owners. Photo:  Ingvar Sverrisson, flickr

– I said in my papers in 1980s that this was an empty assumption. There is nothing in economics that suggests that fishing history is only made by the people who own boats. Fishing history is driven by all kinds of agents. One has to recognize the contribution of the crew, skippers, communities, mechanics, boat constructors, and people working in fishing plants. To say fishing history is boat ownership is crazy, it’s a bad theory and unfounded. I think this is a good example of religious faith. You assume what you should be analysing.

– What has to change in academia?

– The university has the obligation to stay calm, to reflect and critique. In the Icelandic case and other recent meltdowns, the academe massively failed. Many economists in Iceland were paid for issuing reports that falsely claimed that everything was on track and under control. They celebrated the activities of the Business Vikings even a few months before the meltdown.

– Certain things can be done in terms of how you hire people, how you conduct your business, how you as an academic relate to the outer world, the extent to which you can simultaneously work for the university and for a bank, for example with ethical rules and guidelines about the relationship between the academe and the outer world.

The need for more holism

– You’re going to publish another book. Biosocial Becomings. Integrating Social and Biological Anthropology where you take a stand for more holism? 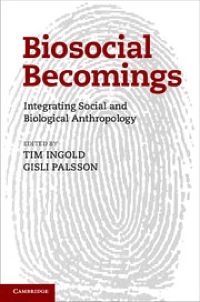 – Tim Ingold, my co-editor, and I, felt that it was time to address the issue head on, and sort of say, “Ok let’s assume that we scrap the divisions within anthropology. What would this refashioning mean for our discipline?” We invited people to contribute to a panel at an anthropological meeting. We’ve edited the papers, and they will come out in this book in a couple of months.

– Then you just published a related paper about integrating the social sciences and humanities in global environmental change research?

– Yes. The paper was written by a team that I organized under the European Science Foundation.

– The goal was to alert people to the fact that massive overheating was going on on the planet, and that something needed to be done within a few years, otherwise it would be too late to slow down or reverse some of the key processes in global warming and pollution.

– Our goal was to lay out why the social sciences and the humanities are central to environmental discussions and research. Previously these disciplines have been considered marginal. Most of the funding in environmental studies has gone to ecology, biology, engineering and so forth.

– If you could start from scratch, how would you re-organize university?

– Oh that’s a heavy question. To some extent we are stuck with disciplines, they have a momentum of their own. But we should try to refashion them. We need to open up a space for broadminded collaboration on issues like ecology, environment, finance and global change. Fortunately, there are lots of experiments going on in reorganizing, collaboration, interdisciplinarity, even transdisciplinarity is a popular theme.

– Some neglected topics that need attention?

– We need to broaden the notion of the ecosystem for instance. The ecosystem tends to be seen as a system of natural processes. But if these natural processes are thoroughly social, then we need to revise our notion of system, environment, nature, oikos and so forth. That means we have to take a much broader perspective than we traditionally have done. Such a holistic perspective is badly needed!