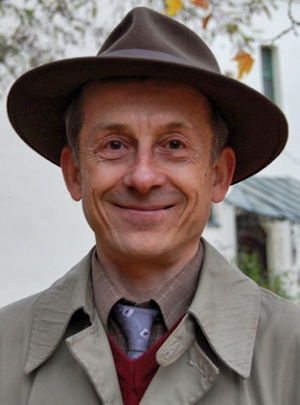 Chris Hann: "Anthropologists need to show not only how people organize themselves in an unequal world, but also how society might be made more just”. Photo: Max Planck Institute for Social Anthropology

Hann is one of the founding Directors of the Max Planck Institute for Social Anthropology in Halle/Saale, Germany. He has done most of his fieldwork in Hungary, Poland, Turkey, and China (Xinjiang). One of his aims is to “contribute to a better world-historical understanding of socialism and postsocialist change”.

In his opinion, anthropologists need to show not only how people organize themselves in an unequal world, “but also how society might be made more just”, as he argues in his book “Economic Anthropology – History, Ethnography, Critique” (2011), written together with Keith Hart.

To do so, anthropologists have to be aware not only of the latest developments in history or archaeology, but also in the so called “harder sciences”. Hann belongs to a small minority that goes for bringing contemporary social cultural anthropology back into a dialogue with evolutionists.

"Good to be reminded of these biological dimensions"

Social anthropologists should take an interest in the work that’s coming out of Leipzig zoo, he says.

– The Max Planck Society I work for has a much larger Institute for Evolutionary Anthropology only half an hour away from us. Many of the questions that they are interested in, for example why humans co-operate with each other, are questions that could be relevant to understand neoliberalism.

– The work of biologists who do research with chimpanzees and other primates on the origins of human cooperation, could link up with debates about whether we need more and more emphasis on market principles that deny the centrality of cooperation to our behaviour.

– The researchers compared the socialisation of chimpanzees in the zoo and children in a former East German kindergarden. The results are extremely interesting. We are not so different from these animals that we share so much DNA with. I think it’s good to be reminded of these biological dimensions. 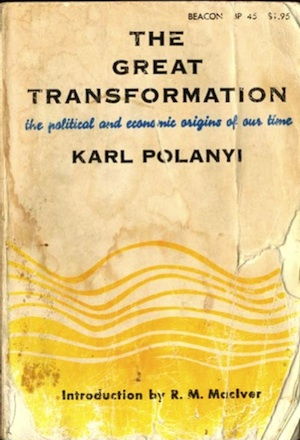 "Polanyi - perhaps the most effective critic of the neoliberal delusions"

– Are you going to focus on economic anthropology in the Overheating project?

– I don’t know yet, but this is an area where I am looking forward to more discussions.

– It would be interesting for example to look at the theoretical relevance of Karl Polanyi, an old favorite of mine. I like his substantivist approach in economic anthropology. He was perhaps the most effective critic of the neoliberal delusions - to solve world problems through more and more markets.

– Polanyi criticizes the widespread illusion that there is something called a pure market system with so called self-regulated markets. “A self-regulating market demands nothing less than the institutional separation of society into an economic and political sphere”, Polanyi argued in “The Great Transformation”. For our economy has always been submerged in our social relationships, embedded in our social norms.

– According to his moral critique, humanity needs to rediscover the deeper meaning of economy, which is its ability to satisfy substantive human needs and not merely to maximize short-term individual greed.

Get away from Europe!

– In your contribution to the book “Human Economy. A Citizen’s Guide” you wrote “social scientists have been complicit in modern divisions of academic labour which assign economy and morality to separate domains or oppose them to each other simplistically, rather than explore their links holistically”?

– Yes. Ethic and moral issues were not seperate from economic analysis in the past, and I think they must be brought together again.

– I’ve been following recent controversies in Germany between the philosopher Jürgen Habermas and the sociologist Wolfgang Streeck. For Habermas the only way out of the economic crisis is to make Europe stronger, while Streeck is suggesting the end of the Euro that he sees as a failed experiment. Maybe we can have more democratic societies if we go back to the nation state, he argues.

– I think we should tackle the problem at Eurasian level instead.

– Yes, that’s my obsession. To get away from Europe. We would do better to pay attention to long-time similarities across Eurasia. Let’s talk about all the things we have in common with China, rather than about the things that make China different.

– I have no hope at all for rescuing North America from the Tea Party and neoliberal craziness. But I think Eurasian civilization should be able to agree on how to control markets, and humanize them if you like. In Eurasia, from Aristotle in the West to Confucius in the East, you have a long history of distinguished intellectual thought which always prioritized keeping markets in their place, in order to benefit human beings and not to make them subservient to economic laws.

– North America is a different story because it has a different history. But in Europe and Asia there should be a consensus on these basic points.

"We would do better to pay attention to long-time similarities across Eurasia." Image: Wikipedia Commons

Where are the public intellectuals?

– Something in academia that has to change to solve the crises?

– Britain has always been anti-intellectual compared with France and Germany. Today it’s even worse because all university institutions are themselves controlled by neoliberal principles. The old academic principles have been thrown out of the window. Everybody has to produce the articles required for research assessment exercises, otherwise your department gets closed down. The production of students is like producing commodities on a conveyor belt in any kind of factory. I don’t think in America it’s much better.

– Even in Germany that has stronger intellectual traditions, academics like Habermas or Streeck are not having any impact on what Mrs Merkel is going to do. This is very depressing.

– Visions and hopes for the Overheating project?

– I am looking forward to cooperating with members of the Overheating team because there are numerous common interests with research taking place in my Department in Halle, especially in the field of economic anthropology. It is great to be involved with a project that is truly global, to remind me that my own focus on the civilizations of Europa is a bit parochial.

Worries about the future of anthropology

– My last thoughts? Obviously  I am interested in our moment in world history and what the discipine of anthropology has to say about it.

– This summer I am returning to Hungary, 41 years after my first trip there with an inter-rail card, when I was still an undergraduate student. I began to study Eastern Europe when specializing in economics and politics, but I switched to anthropology as a graduate student because this discipline allowed me to live in the region for 5 years and to come to understand socialist societies "from the inside". I have never regretted that switch, through which I came to know Hungary and Poland far better than I could have through though any other approaches.

– Having said that, I do sometimes have a few worries about the future of our discipline of social anthropology. One important question concerns how external researchers like myself should relate to "local scholars", some of them interested in similar themes and perhaps claiming some of the same intellectual ancestors. These issues have generated a lot of controversy in postsocialist Eastern Europe. I am looking forward to discovering more about how these matters have been handled in the rather different conditions which you have here in Scandinavia.