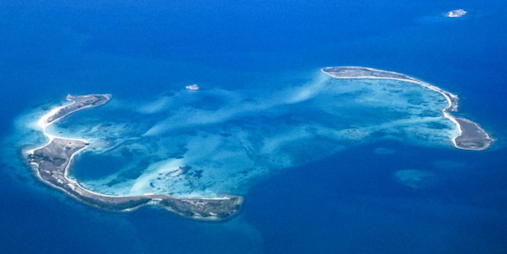 “A tiny island cannot be closed upon itself. It needs the openness of the surrounding sea, which ties it to other places.” Photo: Charles Armstrong, flickr

When looking at Europe’s constant struggles with migration, recent wars, and crises, the Caribbean experience is something the Europeans can learn from according to the researcher from the University of Lisbon. Europe colonized the Caribbean in the past, now it is time for Europe to be “colonized” by the Caribbean, at least philosophically, he thinks.

"Europe is undergoing a process of creolization: a cultural exchange with unpredictable results. This is quite similar to what has been happening in the Caribbean over the past five centuries. I am trying to reflect on how we can use Caribbean concepts and experiences in the European framework", he says. 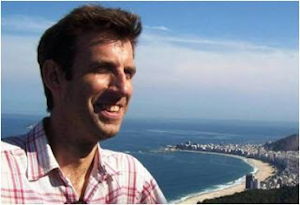 Van Haesendonck is going to discuss some Caribbean thinkers who might be able to shed some new light on the way Europe is dealing with issues of globalisation and cultural contact.

One of them is Édouard Glissant from the island Martinique. He is regarded as one of the most important writers of the French Caribbean.

What creates conflict in Europe according to him, is the survival of so-called atavistic cultures: cultures that define themselves via a mystical past, and shared traditions with fixed boundaries to other groups. Identity is an exclusionary concept and closely tied to an ethnic group or nation. Atavistic cultures make it difficult for immigrants to become integrated, and ideas of double citizenship have no chance to thrive.

Tribalism is holding Europe in its grasp

Caryl Phillips, a British Caribbean writer born in St. Kitts, links these atavistic impulses of European countries with what he calls “tribalism”, a primitivism that holds Europe in its grasp.

Such atavistic or tribal attitudes are not only a burden for migrants. They are also a prominent source of violence: “Europeans squabble, they fight, they kill because of tribal affiliations”, Phillips writes in his essay “The European Tribe” (1987). 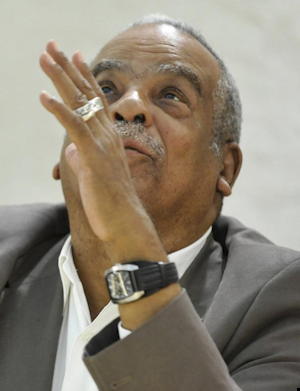 Édouard Glissant: “I don’t think unemployment is the driving force of intolerance and of racism. It is rather that people have not yet changed their imaginary.” Photo: UN Geneva (Jean-Marc Ferre), flickr

“I’ve read horrible stories about Yugoslavia”, Glissant told in an interview in 1998. “Stories about villages connected by a bridge and populations that had intermarried. But when unitary forms of identity surfaced again, the bridge was destroyed with dynamite; women returned to their families; and children, well, no one really knew where to put them. That is the return to the forms of exclusionary identity that are linked to the very nature of atavistic cultures.”

Such atavistic thinking is alien to Caribbeans, Glissant explains. In the Caribbean we find composite cultures: cultures that are born out of creolization. The history of the Caribbean is a history of large movements of people across continents. More than four million people were shipped from several African countries to the Caribbean during the Trans-Atlantic Slave Trade from 1650 to 1860 alone.

Such composite cultures, Glissant underlines, cannot embrace "the adventures of the single root, of ethnic or linguistic purity". To be Caribbean is to be rooted in multiple origins and to have multiple, grass root “rhizome” like identities, and to have a composite cultural perspective rather than a nationalist atavistic one.

"Europeans have to change their imaginary"

So what is the way out of the crisis for Europe? Europe has to rethink itself. No military, social, or economic program can solve Europe’s problems so long as the imaginary of the populations has not changed, Glissant thinks.

“That is to say, so long as people are not convinced that contact with, and tolerance of, the other is not automatically the cause of dilution and disappearance; better yet, that we can change, no longer be the same, and exchange something with the other without losing or diluting oneself, without vanishing into a kind of nonspace”, Glissant said.

“I don’t think unemployment is the driving force of intolerance and of racism. It is rather that people have not yet changed their imaginary.”

Glissant sees the development of regional identities in Europe as a step in the right direction (Catalonia, Brittany, Corsica, Alsace, etc.). “A tiny island cannot be closed upon itself. It needs the openness of the surrounding sea, which ties it to other places”, he said in the interview. The challenge is to develop these “island identities” without nationalism. 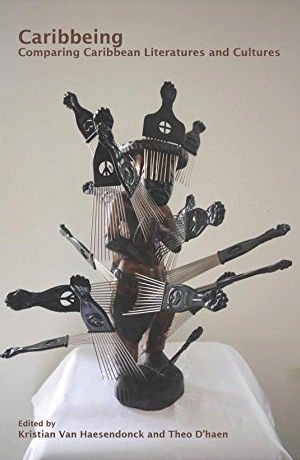 That is the way the Caribbean archipelago functions. It is a collection of islands that are very diverse but also intimately linked to each other.

While Van Haesendonck has no intention to turn the Caribbean into a new paradigm of globalisation, he believes Europe could profit from what Glissant calls “archipelagic thinking”: to see the world as an archipelago: as a collection of islands that are connected to each other. A connection of parts that only works as a whole, where the connections between the parts might be the most important thing.

It is also a concept that can be used - and has already been used in many disciplines before Glissant discussed it in his books. The Dutch “starchitect” Rem Koolhaas used the notion of the archipelago when he was rethinking Berlin toward the end of the 1970s.

He imagined the city as a network of distinct islands, each with an individual identity, floating within a green “ocean”.

– He wanted to turn Berlin into a green archipelago by connecting all the interesting historical places with a collection of green parks. He was interested in this concept to rethink the colonization of the city by grey concrete.

Van Haesendonck thinks this concept can be relevant to issues of overheating:

– When dealing with problems in a city you can not just redraw the map of the whole city. The idea of the archipelago is to rethink the existing map, to make new connections between already existing elements like the parks. Making new connections through mixing, either culturally, financially, or environmentally, is perhaps the only way to overcome today’s crisis.

Now, Van Haesendonck hopes that new connections will be established in the academy between Europe and the Caribbean. Although the Caribbean concept of creolization has become quite fashionable, the Caribbean is still largely understudied compared to other areas, such as India, South Africa, and Latin America, he says.

– Almost no social research on Caribbean migrants in Europe has been carried out; more generally, there is a lack of attention to Euro-Caribbean relations and interactions.

Van Haesendonck has been interested in the Caribbean in its relation to the wider world since he started his PhD about Puerto Rican literature. Currently he researches and teaches Latin American and Caribbean literatures at the University of Lisbon. He is one of the authors of a recently published book about “the global dimensions and relevance of Caribbean Studies in the twenty-first century” called Caribbeing. Comparing Caribbean Literatures and Cultures.