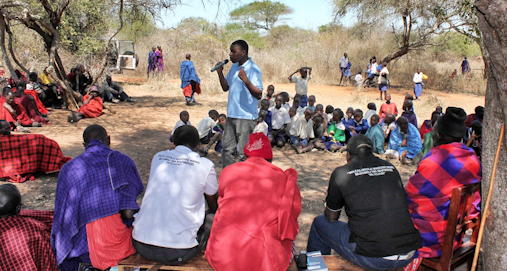 NGO-staff are teaching land rights in rural areas. Acquisitions of land by foreign investors and multinational companies are on the rise. Photo: Knut Christian Myhre

Which kind of knowledge is taken seriously, and which knowledge is regarded as irrelevant? What is the relationship between knowledge, power and the state of the world? These were some of the questions that researchers were discussing at the second international workshop by the Overheating Project, titled "Knowledge and Power".

Local knowledge is often sidelined, for example, in development projects when experts from outside enter the field as, among others, anthropologist Nina Alnes Haslie showed in her presentation about her research in Nicaragua. Many of her informants, although they never learned to read or write, were experts in managing their surroundings, especially the mangroves. But in meetings with development agents from the UN, their ways of knowing the mangroves and life there did not count. 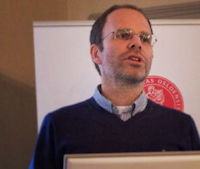 Knut Christian Myhre delivered a counter-example. He presented insights from his research in Tanzania where he has conducted fieldwork since 2000. His main focus was the so-called Shivji Commission that in 1991 was appointed by President Ali Hassam Mwinyi to inquire into the state of land conflicts in Tanzania.

Land in Africa has become more and more sought after in the recent decades, and acquisitions of land by foreign investors and multinational companies are on the rise.

The commission’s chairman was legal scholar Issa Shivji. Shivji had a background as a student radical at the University of Dar es Salaam in the late 1960s and early 1970s, where he was a member of the University Students African Revolutionary Front (USARF).

"A rather unusual method of work"

– What is so special about the commission?

– The commission adopted what they called “...a rather unusual method of work”. The standard procedure is to start with a review of laws and policies, followed by surveys by bureaucrats. The commission decided to begin with the public instead. Their aim was first to hear and see for themselves what matters. It was important for them to involve the widest possible plurality of voices.

– For one year they toured around the country, held 277 public meetings in 145 villages and 132 urban centres in all of mainland Tanzania’s 20 administrative regions. Around 83,000 members of the public took part in the process. Local researchers and experts prepared six major studies, while the commission made visits to Kenya, Zimbabwe, Botswana, and South Korea to learn from their experiences. 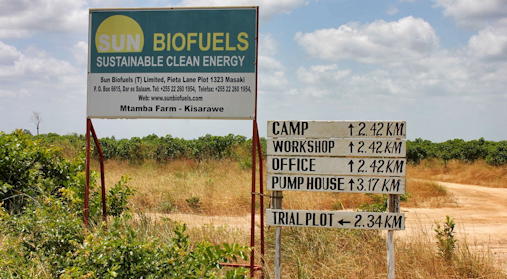 Land investment in Africa is growing, driven among others by companies who see market opportunities in biofuels as here in Kisarawe, just outside Dar es Salaam. Photo: Knut Christian Myhre

– On the basis of all this, the commission produced a two-volume report that was submitted to the president in November 1992. It included radically democratic recommendations for an alternative land tenure system that aimed to secure land for peasant and pastoralist communities in a participatory, open, and transparent way. Local communities would be given more power at the expense of the state and foreign investors.

– This new system was supposed to be based on so-called customary law. Instead of uprooting tradition in the name of modernization, the commission wanted to modernize tradition. The new system was supposed to rest on principles that were held to be central to African land tenure, which was that land is held for use and that the occupier retains control over it as long as it is under use. The system would institute a set of democratic organs through which rural communities could articulate the content of ‘use’ and ‘occupancy’ that would govern access and control over the land.

– But the suggestions of the commission were rejected and never realised. Why is this case nevertheless interesting, in your opinion?

– This case is interesting because the commission conducted a radically democratic process that surpasses what one generally assumes in public hearing and consultation. In fact, the commission made it possible for local knowledge to become an intellectual resource for law and policies. It is this potential that makes this case interesting and relevant.

– The way it was conducted is an example for how similar processes can be done anywhere, in a very broad democratic fashion. In Tanzania, the Shivji commission has actually already served as a model for subsequent commissions of similar kinds. For instance, the recent Tanzanian Constitutional Review Commission too toured the country to hold meetings, where video and audio recording were made of the public’s opinions and recommendations. This time, views and concerns could also be submitted by means of email, SMS and social media. I attended one such public meeting in Rombo District of Kilimanjaro Region in November 2012 and was impressed by their efficient and sophisticated work.

– But also the recommendations of the commission members themselves represent a potential and an ideal for how land ownership can be organized, especially in Africa where you have large areas of land that are under some kind of customary ownership which is unformalized and not legally recognized. 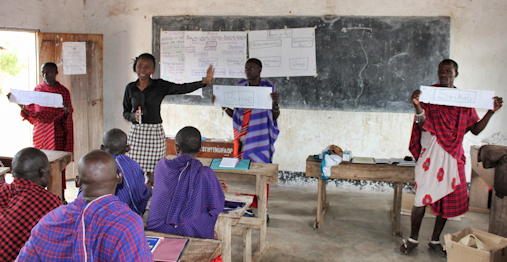 – But you've nevertheless been critical of some parts of the commission's work? You said the commission presupposes a liberal idea of democracy?

– Yes, they do presuppose the idea that a plurality of individuals can come together and voice their different views and concerns in order to reach or negotiate some kind of agreement on which they can proceed together. I think that is a political model that presupposes a particular idea of the person, a particular idea of social relations, and even a particular idea of language and communication that do not necessarily apply to these kinds of communities.

– My other criticism of the commission would be that they presuppose what you could call a liberal property model. They assume that land is a natural resource to which people gain ownership through input of labour. It is a classic idea that dates back to John Locke and that does not necessarily apply either.

– This is where my research in Kilimanjaro is interesting. There, land ownership is a result of preceding social relations. You don't claim ownership to a particular piece of land through investing your labour on undeveloped land, but through your relationship to people who have inhabited it before. Rather than cultivating the land to be able to claim it, you can claim the land because it has cultivated you.

Fascinated by the potential

– Why did you decide to write a book about it?

– I am fascinated by the intellectual potential of vernacular notions for organising the relationship between people and property in alternative and unexpected ways. The Shivji Commission prepared the ground for the recognition of such notions, which unfortunately was not realised in the adopted legal and policy frameworks. However, I decided to do fieldwork in the NGO Shivji co-founded on the back of his commission.

– In the book I want to bring my research material from Kilimanjaro about how people organize land ownership in the absence of the law and legal instruments together with the ethnographic material on the activities of this land-rights NGO based in Dar es Salaam. The aim is to explore the extent to which the political potential of vernacular notions gains traction or momentum within the discourse and practices of the NGO.