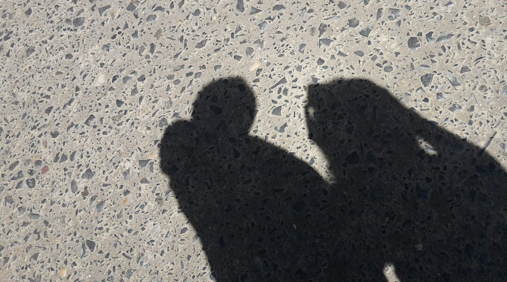 The anthropologist and the informant.  Photo: Gunn Berit Obrestad, Ethiopia

During her fieldwork, Gunn Berit Obrestad might meet people who end up dying in the sea.

“Eritreans are the third biggest group of refugees heading for Europe. And as one Eritrean told me, they also represent the biggest number of refugees who die in the Mediterranean sea”, she says.

Gunn Berit Obrestad is one of Overheating’s four new master’s students. In the beginning of the year, each of them travelled to a different continent to study some of humanity’s biggest issues of our time.

Obrestad went to the eastern part of Africa, to Ethiopia - a country that hosts more refugees than most other countries in the world. Ethiopia is practicing an open door policy for people in search for a better future.

The anthropologist is especially interested in the situation of the Eritrean refugees - people who managed to escape from a regime that is infamous for extrajudicial killings, disappearances, torture, arbitrary arrest, and forced military service. Eritrean refugees, though, are not as present in public debates as Syrians.

Her plan was originally to study Eritreans’ integration into Ethiopian society. But now it seems that most of the Eritreans don’t intend to stay in Ethiopia.

“Those that I have talked with so far say that everybody wants to go to Europe and America. They tell me they know there is a huge chance of dying in the sea, but still they choose to take the risk because they see no hope” she says. “Also many Ethiopians would like to leave, as life is hard here”, she adds.

But it is too early to tell if the few people she talked to are representative. When she was about to meet more people, she suddenly had to stop her research.

“Just by chance I learned that I needed a special permit to do research on refugees. I only had a general research permit.”

She just returned from a three-days-long trip to please Ethiopian bureaucracy:

“To get this paper I had to travel to a city seven hours away from here”, she explains.

Apart from that she can’t complain about negative experiences with being researcher in Ethiopia.

“People are often excited about white people, especially children who scream ”ferenji“ (foreigner) or ”China“. I never thought of that I resemble people from China, but we seem to be in the same category”, she says laughing.

It is less pleasant to hear the refugees’ stories, though, she stresses.

“It is very painful to hear the refugees’ stories. Maybe my research can shed some light on unfairly distributed mobility and how that keeps them in protracted situations for years. One of them told me he had gone to Libya and tried twice to cross the sea without luck. Then he worked some time in Libya before he tried to go to Israel, where he was deported back to Egypt and Ethiopia”, she says.

“It might be useful in showing the perspective of these refugees, presenting them vividly as human beings that resemble you and me. This might be especially important now as many politicians picture refugees as a threat”, she stresses.

Nicholas Ringstad just returned from six weeks in the Peruvian rainforest. He stayed in a place that is inaccessible by roads, lacks running water, and disconnects you from Facebook and Whatsapp.

Deep in the rainforest he has started to do research on a quite different kind of migration. More and more people from the richer part of the world travel to places like this one to take part in indigenous ceremonies to "find themselves", to ease stress and pain.

These ceremonies not only involve shamanistic chants but also drinking a traditional medicine that shamans use to diagnose patients and contact spirits. This brew is both praised and feared. It is called Ayahuasca.

"Usually the foreigners stay a few weeks, while others stay up to half a year", he says.

"These ceremonies have become a whole industry."

What are the stories behind this growing global interest in these rainforest ceremonies? What influence has this commercialization of indigenous traditions on local culture had, and maybe also on the lives of people around the globe? How can local traditions survive in our globalized times?

These are some of the questions that this anthropologist is wondering about.

"One shaman from the Shipibo community told me he is seeing his work as healing the world. If he teaches foreigners, they will go back to their homeland and be better people", Nicholas Ringstad says.

"The shamans I met see tourism as a way to prevent traditions from dying. In their strategies to preserve their culture, Shipibo elders are increasingly looking outside of their country. Young Shipibo people are more interested in the newest smartphones."

He has noted some obvious side-effects of this commercialization:

"There is money to earn by giving foreigners these ceremonies. It has ultimately lead to charlatanism. People without proper training have entered the business. This had led to many traumatic events for tourists. Taking this medicine without an experienced shaman is dangerous", he says.

If applied the right way, the potential for therapeutic use of this medicine and other plant medicines that are consumed separately from the ceremony is "extreme", the anthropologist stresses.

"An essential part of the ceremony are ceremonial songs, the Icaros. You can listen to them sober, and they sounds like a song, but when you listen to them in a ceremony together with Ayahuasca it is said to be completely transformative. The aspect of music as medicine really rings true to you, you realise there is power in these songs", Nicholas Ringstad says.

After his fieldwork in the rainforest he now wants to learn more about Shipibos in the city. He moved to Pucallpa where the majority of its 200,000 inhabitants describe themselves as Shipibo.

"I am helping out in an NGO that is working for the preservation of Shipibo traditions, permaculture projects, education, and eco-social justice. They take in volunteers from all over the world. Maybe I will help them with building of eco-latrines or planting seedlings for permaculture projects", he says.

"I've been interested in Shipibo culture since I was 15 years old. Coming here has been a dream since then."

In Oslo, Solfrid Nordrum just returned from a day in a big office building. “How my fieldwork has been? Not so spectacular”, she says, slightly hesitating. “There is lots of paperwork. Much of the work is about getting the formalities right.”

Since the beginning of January, she has been trying to understand the world of bureaucracy.

This world might not be as spectacular as the world of the Peruvian Amazon, but it is probably at least as important if one wants to understand issues of environmental protection and climate change.

“I’d like to show”, she says, “that bureaucracy can play an important role in global processes like climate change. For example, whether a country cuts down on emissions or not has a lot to do with the way bureaucracy works.”

From an anthropological point of view, of course, you cannot understand this world unless you become a bureaucrat yourself. So, for about three months, Solfrid Nordrum has been going every day to work in this office building that hosts the Norwegian Agriculture Agency. This agency is part of the Norwegian Ministry of Agriculture and Food.

As climate recently has become a trending topic in agriculture, the anthropologist wonders: How does the agency respond to the issue of climate change? Which policies are implemented, which research results are followed up upon, which ones are not, and why? How do the bureaucrats tackle often-conflicting concerns for agriculture and the environment?

“I’ve been working as a trainee. They teach me their work and assign some tasks”, she explains.

Being an anthropologist also means making notes about talks in the corridor and at lunch breaks, and studying the unsaid.

She noted that not all bureaucrats are comfortable with being an object of study.

“For some I am definitely more scary than for others”, Nordrum says.

“There are also many bureaucrats with natural science background who are not used to the way anthropologists work. They all expect me to have a hypothesis. ”What is your hypothesis“, they keep asking me. So I have to explain them anthropological methods”, she says.

On the other side of the world, on Australia's east coast, Karen Sivertsen Skadsheim is busy with writing fieldnotes. Actually, she has not done anything else for the past five hours.

"It takes so much time to take notes. When I interview people, I record it, then I transcribe everything. When I do participant observation I try to remember everything afterwards, with all the details, and write it down. So that's what I've been doing the past five hours", she says.

Her notes are related to a topic that is close to her heart, but neglected by researchers: people's relationships to the sea: "There are quantitative studies", she explains, "but hardly any qualitative ones."

Karen Sivertsen Skadsheim chose her fieldsite wisely: Only three hours by boat from her flat in Mackay a natural wonder exposes its beauty: The Great Barrier Reef. Its beauty is under threat, though, from overfishing, mass tourism, the mining industry, and overheated water temperatures due to climate change.

How do people react when their natural surroundings get destroyed, the anthropologist wonders:

"I got inspired by a study in the Hunter Valley in Australia on people's relationship to their homely environment when it got destroyed by coal mines. The researcher, Glenn Albrecht, used the term "solastalgia" in order to understand how people felt when they were living at the home they loved and they could see the deterioration of it. I was interested in whether one could see similar sentiments towards the Great Barrier Reef", she says.

Discussions about the state of the Barrier Reef are especially hot right now as Mackay is struggling with an economic downturn. The authorities are trying to get the economy going again with the planned building of the new, albeit controversial, Carmichael coal mine.

"So far I have mainly made interviews but now I finally started some participant observation. I joined a turtle watch group, and today I went to a native plant nursery, where we were replanting native plants", she says.

"There I was surprised to met lots of retired miners. They are all concerned about the Reef and the environment in general. They tell me they have conflicting interests within themselves, a "cognitive dissonance", about how they are able to work in an industry that is in fact destroying the nature that they care so much about."

For herself, visiting and studying the reef is like a dream come true:

"I always wanted to become a marine biologist. 80% of the ocean is still unexplored. Visiting the reef was an amazing experience. I got to sleep on the reef, on a sand cay. I also got to see the reef from above from a plane, and I also went snorkeling. It is so beautiful. I was overwhelmed. But it was also sad to see how fast it is deteriorating."

"Master's students are full members of the Overheating team"

"Having MA students in the Overheating project is extremely valuable. They fill in some important gaps in our ethnography, in addition to being an intellectually stimulating presence at our events. They help create a community feeling. Their work will be cited and used by the senior researchers — I have myself already cited a few of them in forthcoming publications — and we see them as full members of the Overheating team."