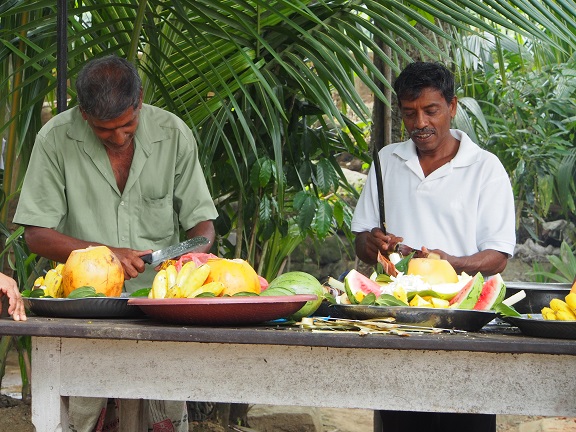 These are some of the questions Alex Blanchette had during his 27 months of fieldwork in USA in one of the largest factory farms on earth.

Where, in a formerly economically depressed area, a whole small town is being kept busy with “producing” pigs, seven million per year.

Where corporations try to manage every dimension of the animals’ existence – from pre-birth to post-death.

Where you quickly learn that the dignity of human labor is inseparable from the conditions of animal life.

Blanchette’s fieldwork seems to have been an extreme experience. He shared it at Overheating’s last workshop on food.

It was an extreme experience partly because of the dimensions. The factory farm is a huge complex, spanning a radius of over 100 miles, with distinct industries such as genetics, insemination, breeding farms and post-processing all united in one region. There, the pigs are transformed into more than 1100 different products – from inkjet paper, to shampoos or pet food flavorings. Meat for humans accounts for only a part of it. After the pigs die, they end up in all corners of the world, spread around to 18 countries.

But it was probably the mass production itself that led to the most extreme conditions – not only for the animals, but also for the humans. The pigs that were “mass produced” there were often not as healthy as “normal pigs” and could easily get sick. Their weak health also affected the workers’ health as they were constantly busy with saving lives, the anthropologist observed.

“Never have I seen anyone intentionally harming a pig. Quite the opposite was true. Some employees were working to the point of exhaustion to try to save all the animals they could", he said. "We could think of that as even worse.”

Additionally, the pigs’ poor health restricted the employees’ daily life, and not only at work. To prevent the spread of diseases from humans to pigs, for instance, people who work in different sections of the farm are not allowed to live together, be it husband and wife or father and son. A challenging task, considering the fact that there are hardly any other places to find work in the area.

“Many workers,” Blanchette said, “expressed that bettering their own working lives is inseparable from the state of animal life.”

Heather Paxson has studied such people. People who tried to put their views about alternative food production into practice. People whose vision is to produce food through collaboration with nature, through so-called “multispecies teamwork.”

Over a period of five years, Paxson visited 45 artisanal cheese makers across the United States and joined some of them in their work. These are people who make cheeses by hand in small batches. Artisanal cheese making has become more and more popular. Since the 1980s, former professionals and recent college graduates have followed ex-hippies in renovating run-down farms and reinventing “farmstead cheese.”

“The cheese makers talk about their goats, cows and sheep as collaborators, they really think they are working with them,” Paxson said. “One of the cheese makers I interviewed, for example, said ‘It’s the microbes who do all the work, they mature the cheese, give the cheese its flavor and distinctive profile. My job is not to get in their way.’”

These people are driven by what the anthropologist calls a “post-Pasteurian ethos.”

“Many people have grown accustomed to living in a Pasteurian world,” she said. "In a Pasteurian world, people blame colds on germs, demand antibiotics from doctors, drink ultra-pasteurized milk and slather on hand sanitizer. But there’s a rising sensibility that the microbial world is more complex and, indeed, friendlier than that. Post-Pasteurians insist that not all bugs are bad; that not only are microbes a fact of life, many also enhance human life. They move beyond an antiseptic attitude to embrace mold and bacteria as allies.”

But such views put artisan cheesemakers in a struggle with authorities that continue to view the microbial world as inherently dangerous to food safety. In a new research project, Heather Paxson is looking at the problems artisan cheesemakers face when their products cross international borders.

The economic crisis seen through food

One of the aims of the workshop was to discuss how relevant food studies can be by showing alternatives to unsustainable practices. At least as important for workshop organizer and Overheating researcher Wim Van Daele has it been to highlight that food is “good to work with.” Approaching life through food can help, according to him,

“Develop anthropological theory in novel ways, and enabling more sensitive ways of dealing with the world.” This may allow us to develop creative alternative solutions, he said.

David Sutton, for example, has studied the foodways and everyday cooking of people on the Greek island of Kalymnos for more than 20 years. The longer he studied this seemingly trivial topic, the more he found links to larger issues, like the economic crisis in Greece and the resistance against neoliberal reforms imposed by the EU through the European Central Bank, the IMF and the European Commission (known as the Troika).

Looking at the economic crisis through the lens of food gave him a better understanding as to why neoliberalism as an ideology has not taken root in Greece as it has in other countries.

In his 2014 book, Secrets from the Greek Kitchen, Sutton describes how women on Kalymnos island cut food in their hands rather than using a cutting board on a counter top. This might look inefficient in terms of time spent per food item, but that’s not what matters according to the anthropologist. By cutting in the hand, he explains, the cook can remain engaged with the other people in the kitchen (cooking often extends beyond the kitchen to the family yard as well). She does not need to turn her back to them.

The social aspect of preparing food is regarded as more important than efficiency by numbers, which is favored within a neoliberal regime.

In Greece, food is an important element in creating and reproducing community – perhaps to a greater extent than in some other European countries, according to the anthropologist.

During his fieldwork, he saw how food was “flowing” between households, neighbors and friends.

“In Kalymnos, people are feeding each other all the time. It is common for neighbors to make a little extra food and bring it over to their neighbors. This sharing is not based on any sense of need but on the sense that sharing is about connecting people,” he said.

The social aspects of food turned out to be even more important as the economic crisis began in 2009.

Some of the most successful protest movements have been organized around food. An important aim was to keep people being socially active, to prevent people from becoming isolated because they could no longer afford to go out.

One of these movements is the Social Kitchen Movement. Once a week or so, people come together to cook and eat a meal together in a public location.

“The social kitchen is not about charity. It builds on what people have done before: building social bonds through food,” the anthropologist said.

The same is the case with the Suspended Coffee Movement: You pay for coffee for people who cannot afford it, allowing them to enjoy social interactions.

“Greek people often talk about that the policies of austerity shouldn’t rob them of their dignity. One of the ways to retain dignity is to continue social activities like visiting coffee shops. There is a Greek saying, ‘Poverty requires good living.’ In other words, even in hard times, or perhaps precisely during hard times, one must maintain sociability.” said Sutton.

“Spending time in a coffee shop is not about being lazy, as some politicians further up in Europe suggested,” the researcher said. “It’s about that sociability is the base of society. But promoters of neoliberal ideology do not understand this.”

Food is not trivial

Anthropologists have always studied food. But it was not until a few decades ago that it became a subfield within anthropology. For several workshop participants, specializing in food studies was not good for their academic career, at least in the beginning. “Food studies,” David Sutton said, “had to overcome the idea that they are trivial.”

Now, critical food scholarship is booming more than ever, as is the breadth as the 20 workshop presentations showed. They also included research that looked at the interplay between soil health and human health (Julie Guthman), and between processed food, stress, and illness (Wim Van Daele). Wide held assumptions were challenged as well, for example the belief that obesity means bad health (Emily Yates-Doerr).

Nevertheless, for Julie Guthman, it is time for a shift of focus. Too much research is, in her opinion, conducted on alternative food movements. Too few scholars seem to have the ambition to study the inner workings of the food industry (as, for example, Alex Blanchette does).

“Within food studies, too little is done to critique the industrial food system,” she said. “More studies of community gardens and farmers markets won’t solve our food problems. We still know too little [about] how the big food companies work, how they develop their products, which science they deploy in fabricating new food. There are tons of questions.”

With that in mind, Guthman herself has recently sent in a proposal about another seemingly trivial question: What is food?

“In order to address the challenges like climate change and food security, more and more start-ups are developing technological solutions like plant based proteins. They are testing the boundaries of what constitutes food. The question of what is food becomes increasingly meaningful,” she said.

Wim Van Daele is happy about the outcome of the workshop. The debates were “truly inspiring” and “intense,” according to him. An edited volume and a special issue in a journal based on the workshop presentations is already in the works.

Wim Van Daele himself is currently submitting a proposal for a book that conceptually develops food as something that is methodologically good to work with. He is also preparing a new project that focuses on “the numerous entanglements between fire and human being through different forms of energy, desire, cooking, and metabolic relations, all pertaining in some way to food.”

The workshop was financially supported by the European Research Council (ERC) and The Wenner-Gren Foundation.