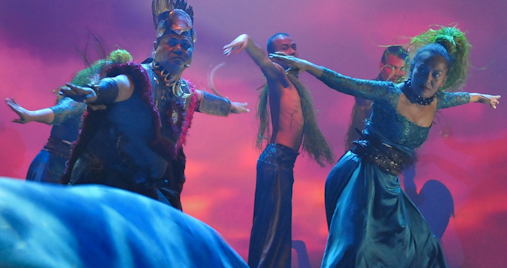 Hviding is one of a dozen researchers who will travel to Oslo at the end of April in order to take part at the international workshop Climate Change and Capitalism: Inequality and Justice in an Overheated World, organized by the Overheating project.

This workshop will provide glimpses into a research field that has been growing tremendously in the last decade. “In 2006 there was only one climate change panel at the annual meeting of the Society of Applied Anthropology. For this year's meeting I was asked to organize panels and put together eight– and there were another dozen beyond those!”, says Susan Crate, anthropologist from George Mason University, who is also going to give a presentation at the Overheating workshop.

Crate's 2009 volume “Anthropology and Climate Change: From Encounters to Actions” (co-edited with Mark Nuttall) was one of very few such studies and has just been updated. “The field has changed dramatically," she says.

"Anthropologists have become much more savvy about investigating climate change, not only in their field sites, but also in the public and political realm. They are also looking at the cultures of consumption, fossil fuels and energy. These areas have all developed quickly.”

Not a natural problem

Climate change, from anthropological perspective, is not primarily a natural problem. According to a recent statement by the American Anthropological Association, “focusing solely on reducing carbon emissions will not be sufficient to address climate change. That approach will not address the systemic causes. Climate change is rooted in social institutions and cultural habits. Real solutions will require knowledge and insight from the social sciences and humanities, not only from the natural sciences. Climate change is not a natural problem, it is a human problem.”

The importance of this perspective has increasingly been recognized by policymakers, bureaucrats, and international bodies around the world, from the European Union (EU) to the Intergovernmental Panel on Climate Change (IPCC).

“For the Pacific Islands, for example, the IPCC is desperate for more peer-reviewed material on the human and social dimensions of climate change”, Edvard Hviding says. “While there is more and more social science research on climate change, there is still far from enough. Therefore the IPCC still is heavily slanted towards peer reviewed literature from the natural sciences.”

Hviding himself has coordinated a research consortium focused on climate change in the Pacific called ECOPAS, which was funded by the EU’s 7th Framework Program. As part of their project, Hviding's European-Pacific research team was also asked to write the European Parliament’s new EU development strategy for the Pacific. The EU is the second largest development donor to the Pacific.

What will happen with the concept of citizenship when whole nations have to relocate?

Although Oceania and its low-lying islands in particular are seen as the “poster child” of climate change, there is still much we know too little about, Hviding explains.

“We know that a lot of islands will lose portions of their land, or, for low-lying atolls, all their dry land. What we don't know is what the longer term consequences will be for global maritime law or sovereignty legislation when the land of several nations disappears. Two-thirds of the world's tuna swim in the Pacific, and they migrate through the economic zones of these island nations. But when the lands of these nations disappear, who is going to control the maritime resources? We can't even imagine the scale of the economic interests that are ready to jump in and rob the Pacific for its tuna”, Hviding says.

“And what will happen with the concept of citizenship when whole nations have to relocate? One of the positive signs is that a number of the major states of the Pacific Islands region such as Fiji, Papua New Guinea, and Solomon Islands have gone some way already in offering land settlement and hospitality to climate change refugees. The time-honored mobility of Pacific islanders will allow for rethinking citizenship and sovereignty”, Hviding says.

Experimenting with formats other than books

Increasingly, anthropologists are also trying to bring these issues to the attention of the general public, experimenting with formats other than books and newspaper articles.

Edvard Hviding and the ECOPAS project have gained valuable experiences from collaborating with professional dancers and singers from the Pacific. Fiji’s Oceania Dance Theatre and Pasifika Voices choir set up “Moana: the Rising of the Sea” - a powerful performance of music, dance, and video that also toured through Europe in May-June 2015, including a show at the European Parliament. A film version of “Moana”, showing the performance live on stage at the Bergen International Festival, was screened at the United Nations Climate Change Conference COP21 in Paris to a large audience that included state leaders.

“That was an interesting anthropological exercise. We saw how the performing arts can bring on messages that are far superior to reports and lectures. It was quite mind-blowing,” Hviding says.

Susan Crate plays the main role in a documentary on climate change called “The Anthropologist”. This film higlights both the immediacy of climate change and anthropology's role in investigating it. Ironbound Films, a New York-based film team followed Crate and her teenage daughter, Katie Yegorov-Crate to Siberia, the South Pacific, the Peruvian Andes and the Chesapeake Bay of Virginia, USA.

“The film has received lots of attention, with screenings all across the United States and also the world. For example, it has or will be screened in South Africa, Nepal, Brazil, Belgium and was also screened at the UN Climate Change Conference COP21 in Paris,” Crate says.

Two years ago, anthropologist Ben Orlove set up the website Glacierhub. Here, Orlove and his team of writers publish stories about the effect of climate change on glaciers and human-glacier relations, among other topics.

He sees this website as an “effort at developing climate anthropology in the digital age”.

“This website is more than dissemination of facts. Dissemination flows in one direction only, while I am hoping for two way interaction, for engagement and community, awareness and action”, Orlove stresses.

Social media, he learned, are extremely useful to make this two-way interaction happen. While most content is published on Glacierhub.org itself, most communication takes place on Facebook and Twitter.

“Glaciers really have a tremendous power to communicate. People care about them in many ways. The fact that glaciers are found in Norway and Switzerland as well as in Nepal, Peru, and Kyrgyzstan, means that you are bridging some of the conventional divides in global politics”, he says.

“For example, I was very happy that a group that was working with glacier issues in Chile followed up on a post by us about glaciers in Kyrgyzstan.”

Glacierhub's posts include Nepali Villagers Trapped Under Threat of Glacier Floods (by Pasang Sherpa), For Jill Pelto, Science Intersects With Art (by Fei Gao), Life by Ice: An Alaskan Poet’s Account (by Jeremy Pataky), and Glacier Counties in Washington Give Strong Support to Sanders (by Ben Orlove)

Overheating researcher and main organizer Astrid Bredholt Stensrud also hopes the workshop will generate insights that might reach beyond academia and into public debates.

Stensrud and her fellow researchers are convinced that anthropologists can play an important role in dealing with the issue of climate change. Anthropologists can in her view contribute to a “green shift”, a radical transformation of society, including production, consumption patterns, and labour.

Stensrud is especially interested in discussing alternative concepts, such as the Capitalocene (Age of Capital), to understand the state of the world. Various scholars, such as Donna Haraway and  Jason Moore developed this concept as an alternative to the much talked-about Anthropocene, the alleged new geological era of total human domination on the planet. In Moore's view, the Anthropocene concept wrongly blames the entirity of humanity for problems that, in reality, are consequences of the relations of power and capitalism.

“Jason Moore understands capitalism as a world-ecology, joining the accumulation of capital, the pursuit of power, and the co-production of nature in dialectical unity. I think that such a perspective can shed new light on the issue of climate change, since we need to understand capital and nature as intrinsically interconnected,” Stensrud says.

At the same time, anthropologist Jessica Barnes stresses, one should not forget that climate change also might bring positive changes in some regions for some people.

“In the case of the Nile Basin, for example, while there is considerable uncertainty, most models suggest that precipitation in the East African source regions of the river is likely to increase in coming decades, leading to increased river flows”, Barnes says who is the author of, among other works, “Cultivating the Nile: The Everyday Politics of Water in Egypt” and co-editor of “Climate Cultures: Anthropological Perspectives on Climate Change”.

"Although many factors will mediate the impact of increased flows, such as the political dynamics of water distribution and shifting patterns of demand, given the scarcity in some parts of the basin and tension over allocation of the river waters, increased flows could be seen as a potentially positive outcome," the researcher explains.

“It would be interesting to look at more cases where climate change might bring about positive change, and study how different groups are responding to that,” she says, “for it is a slightly uncomfortable truth”.

Workshop: Climate Change and Capitalism: Inequality and Justice in an Overheated World