Bulldozers are both the instruments in an attempt to marginalize the Uyghur and a blunt reminder of the reach of Han Chinese power. Photo: Robert Baxter, flickr

In Xinjiang, by Western media often called “China’s restive region”, many Uyghurs see economic development as benefitting mostly the Han-Chinese and as a tool to eradicate local culture.

– Increasing economic inequality is accompanied by more and more repressive cultural and religious policies, said regional expert Ildikó Bellér-Hann during a recent Overheating-seminar where she described China as a bulldozer state:

– The bulldozer state is not an emic metaphor, but I believe that it could potentially find resonance with many local actors. It captures the top-down nature of development policies which do not allow for local actors’ participation in decision-making processes concerning development. Any expression of disagreement with official policies may be interpreted as ethnic separatism. 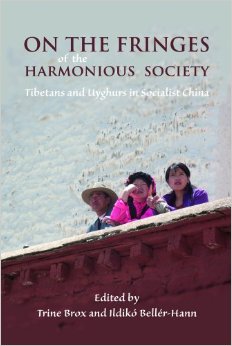 Together with her husband, Overheating-researcher Chris Hann, she has repeatedly carried out fieldwork in Xinjiang over the last twenty years. Currently she is co-editing a book with Trine Brox titled “On the Fringes of the Harmonious Society. Tibetans and Uyghurs in Socialist China”, which is to be published by NIAS Press, Copenhagen later this year.

For what is happening to the Uyghurs can - despite some differences - be compared to China’s better known policies towards the Tibetan minority, the researcher from the Department of Cross-Cultural and Regional Studies at the University of Copenhagen explained.

While China cultivates an image of being a multiethnic state that recognizes its 55 minorities and grants them special privileges, it has also been relentlessly increasing its control over those minorities.

– Most Uyghurs view the Han as colonizers who appropriate the region’s resources. They view modernization strategies like “Develop the West” with suspicion.

Launched in 2000, its aim has been to raise economic development in the western provinces to a comparable level with those of the eastern coastal areas, and solve the "Xinjiang problem" through bringing prosperity to the region.

– Uyghurs fear that Chinese modernization is intended to eradicate Uyghur culture and to achieve their full assimilation into the Han mainstream, the researcher explained.

Xinjiang is an important region for China. It constitutes about one sixth of the total area of China, is rich in oil and other minerals, and occupies a significant geostrategic position as it shares international borders with countries like Kazakhstan, Kyrgyzstan, Tajikistan, Russia, Mongolia, India, Pakistan, Afghanistan.

– The government is extremely worried about separatism, Ildikó Bellér-Hann pointed out.

– But most independent observers agree that China’s fears are highly exaggerated. Most Uyghurs would be content with real regional autonomy within China through more participation in decision-making at all levels. 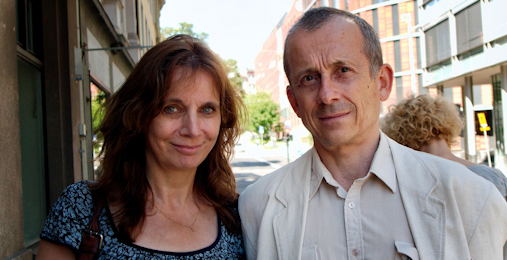 Conflicts between the Uyghur and the Han Chinese have accelerated over the last 20 years.

They culminated in 2009 in Urumqi when more than 200 people died during protests against Chinese rule. 2013 does not seem to be a peaceful year for the region either.

There are many things that Uyghurs are not so happy about. One of them is Han-immigration into Xinjiang.

As part of the economic development plans, the state has been encouraging migration of Han-Chinese on a massive scale, with people coming to Xinjiang from all over China.

As a result, within a few decades, Han-Chinese have almost outnumbered the Uyghur:

– The pre-socialist ethnic ratio of about 5 % Han Chinese to over 80% Uyghurs had by 2000 changed officially to 40,6 % Han to only 46,6% Uyghur; however, if one takes the high numbers of the unregistered migrants into consideration, it seems likely that the Han already outnumber the Uyghur these days.

The accelerated immigration of impoverished Han serves two purposes according to Bellér-Hann:

– First, it takes some of the pressure off the overcrowded inland and eastern provinces, second, it «dilutes» and therefore weakens Uyghur presence in the XUAR itself. One scholar has described China’s strategy in terms of a political “Trojan Horse” which uses development as a vehicle to increase Han immigration into the XUAR.

Chinese instead of Uyghur language

Uyghurs are also critical of the not always voluntary recruitment of young women and men, especially in Southern Xinjiang, for work thousands of kilometres away in other parts of China.

–  This makes little sense to local people, who see Han immigrants finding jobs in lucrative industries in the Uyghur homeland. But such measures are justified by the authorities also in terms of development: Better knowledge of Chinese will provide young Uyghurs with improved chances on the job market, the authorities say.

At the same time, their mother tongue is disappearing from the classrooms:

– The introduction of so-called bilingual education, which in the Han majority areas of China means the promotion of English alongside Chinese, in Xinjiang (and Tibet) in practice means promoting mono-lingual Chinese education at the expense of the mother-tongue.

– What we are witnessing is an almost complete reversal of the liberal language and cultural policies of the early reform period, which allowed parents to decide whether their children should be educated in an Uyghur- or Chinese-language school up to the age of 18. Uyghurs interpret this U-turn in policy-making as yet another important step towards their assimilation.

– While improving knowledge of the state language among minorities is undeniably important, since in principle it does make people more employable, the Uyghur claim that they experience employment discrimination on a racial rather than on a linguistic basis.

– There are more employment opportunities in the northern parts of Xinjiang, where mineral wealth is concentrated and most Han Chinese are residing. At the same time all over Xinjiang employers prefer giving jobs to Han-Chinese. Even Uyghur fluent in Mandarin may be overlooked in favour of Han with inferior qualifications. 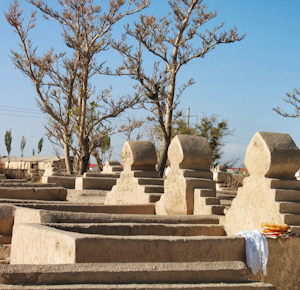 Another contested element of Chinese economic development comes to Xinjiang in the shape of the bulldozer. Bulldozers are sent to Xinjiang and other provinces to demolish what has been designated as old, backward and outdated, but also to rebuild, reconstruct or create something completely new.

In May 2009, for instance, the inhabitants of Kashgar, one of the most famous towns of the Silk Road, found their hometown invaded by bulldozers. The bulldozers demolished large parts of the historic old city and replaced it with earthquake-proof buildings reconstructed in 'ethnic style'. Many others, who cannot afford returning to the Old Town have been moved to modern highrise buildings.

– While many younger people may be happy to have access to a modern lifestyle in these newly built houses, most consider such projects as yet another attack on Uyghur minority rights, the researcher pointed out.

Similar events have been taking place also in Eastern Xinjiang in recent years, for example in the city of Qumul, where Ildikó Bellér-Hann recently has been doing fieldwork. There, bulldozers demolished significant parts of a sacred Uyghur cemetery in order to build a new road and some other modern structures along with it.

A typical example is the new cultural center that is supposed to showcase an Uyghur musical tradition (the twelve muqam) - a facet of Uyghur culture that, as Bellér-Hann comments, “fits with official, reductionist visions of ethnic minority representations: the Uyghurs who dance and sing”.

Very controversial is the reconstructed palace complex of previous Muslim rulers. Its exclusively Chinese architecture irritates local people who consider it both fake and an insult to their cultural traditions. 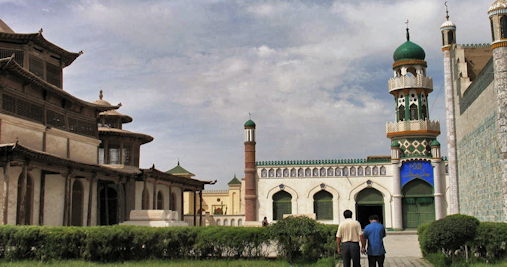 – Unlike in Kashgar, in Qumul the bulldozers have been followed by projects of preservation and renewal in which members of the local Uyghur elite have also been involved. But even new buildings ostensibly meant to celebrate Uyghur heritage are designed within a framework of a simplified Han-Chinese vision of what a folklorized Uyghur culture might look like.

– As in Kashgar, in Qumul, too, the bulldozers are both the instruments in an attempt to de-center and marginalize the Uyghur and a blunt reminder of the reach of Han Chinese power within the Xinjiang Uyghur Autonomous Region.

– Bulldozers also represent the technology and knowledge necessary for modernization, and thus reinforce the self-image of the Chinese state as a carrier of a civilizing mission in frontier regions inhabited by minorities which are often represented by the majority as “backward” and “primitive”, the researcher underlined.

While China hangs on to the idea that it wants to create an image (or illusion) of a unified state, thus promoting increasingly homogenizing projects under the guise of modernization and development, the unintended effect of such developments is rather the opposite, Ildikó Bellér-Hann predicts:

– The threatening pace of the bulldozers on their way towards modernizing Xinjiang and sinicizing the Uyghur is strengthening Uygur ethnic nationalism at the expense of traditional regional loyalties, she says, thereby widening the gap between Uyghurs and the Han Chinese and adding new layers to, rather than solving, the "Xinjiang problem".