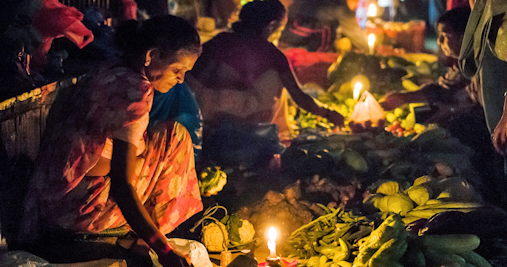 Near Kathmandu, Nepal. Suddenly, during our interview the power goes off. But we are lucky. Anthropology student Mikkel Vindegg is living in a house that has a big battery providing backup power. After five minutes he is back on Skype, and we can continue our conversation.

– The battery inverter did not kick in quickly enough, he explained his absence from Skype that lasted for a few minutes.

Not everyone is this fortunate.

At the same time, in the small textile factory next to his house, silence is replacing the roaring noise of machines, and the workers are packing up their things and heading home. In a few hours, when the power will be back, they might return to their work. 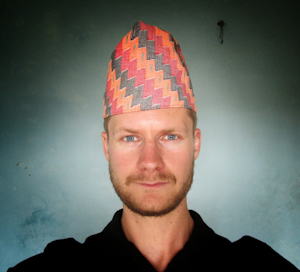 In many houses TV screens are turning dark, as people’s small emergency batteries are only able to power a few lights and other items that don’t use as much energy as TVs do.

Only a few can afford to invest in solar panels, generators and bigger batteries.

Living without electricity 12 hours a day

In many parts of the world, power cuts have become an integral part of daily life.

This is also true for Nepal, where people hardly ever have more than 12 hours of electricity per day - rainy season means a few hours more, though, because there will be more water available to power Nepal’s hydroelectric plants. If there is power, it usually continues only for three to four hours, followed by a three to four hour long power cut. There are overviews, also available online and on smartphone apps, that inform people about planned power outages.

This so-called load-shedding system was introduced in Nepal in 2006 as an energy saving measure. While Nepal is able to produce up to 700 megawatts per day, the country’s demand is nearly twice as high - around 1200 megawatt per day are needed.

During the rainy season "only" around eight hours power cut per day: Excerpt from the load shedding schedule. Screenshot from myrepublica.com news site

How do people and businesses like the struggling textile factories deal with such an insufficient access to power? How do power cuts affect daily life? What lessons can the Nepali case teach us about globalisation and overheating?

These are some of the questions that Mikkel Vindegg is trying to find answers to during his fieldwork in Nepal.

Another question would be why Nepal, the second richest country in the world after Brazil in terms of its hydropower potentials, is still dependent upon energy imports from neighboring India. Could Nepal somehow make the shift from energy importer to energy exporter?

No work without power

Mikkel Vindegg has just returned from a chat with one of the textile factory owners.

The textile factories, which also export their products to Europe, have been one of the cornerstones of economic life in this area. They have been badly hit by the power outages, he learned - the smaller factories, in particular, cannot afford to invest in generators and are thus no longer able to compete with the bigger ones. They can only operate when there is power available, which means shorter production times, fewer resources for investments and less attractive working hours for the employees:

– The factory next to my house has been running at insane times. Sometimes workers would work from 3–6 o'clock at night, then go to sleep until 9 and then work till 12. Then they og home to sleep again for three more hours and then back to work again. It has been like this since I came here at the start of January, and it will more or less be the same after I go back to Norway in early July, the Overheating researcher says. 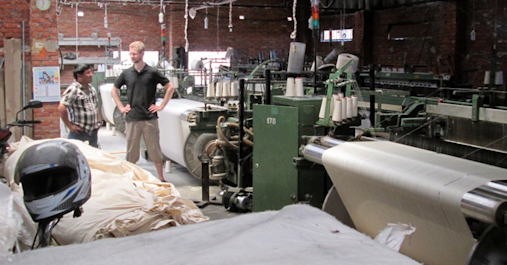 Talking with a factory owner: The textile factories have been badly hit by power cuts. Photo: private

In such a way, load shedding is creating new inequalities among people and businesses - among those who can afford to enhance their day-to-day-operations by installing batteries or generators and those who cannot.

Load-shedding also leads to increased migration, he found out. Factory work has turned into seasonal work, the anthropologist explains:

– Workers have a tendency to come to the factories during the rainy season when there is more power available. When load shedding increases, they try to find other work or to migrate to other countries like Malaysia, Qatar, Saudi-Arabia or Kuwait.

It’s not only the economy that is badly hit by the lack of energy, however. The environment is also affected. One might be tempted to think that low energy consumption is good news for the environment. But that is not necessarily the case.

The generators that are switched on during power outages are fuelled by oil that is imported from India. The fumes from these generators are adding to the already heavily polluted air in Nepal’s capital.

– When you come home after a few hours in Kathmandu you need to wash your face because it will be covered by a huge layer of dust and dirt, Vindegg says.

– There are also reports that people empty out the battery acid by simply pouring it onto the ground. This has also become a huge source of pollution, he adds.

Taken together, it’s an extremely overheated situation, he has to conclude:

– The Nepalese government is importing resources that they can’t really afford. This only works right now because of foreign aid and the huge contributions coming in through the remittance economy - money sent from Nepalis abroad. The state would go broke very quickly if this money were to disappear. This is clearly not a sustainable system. 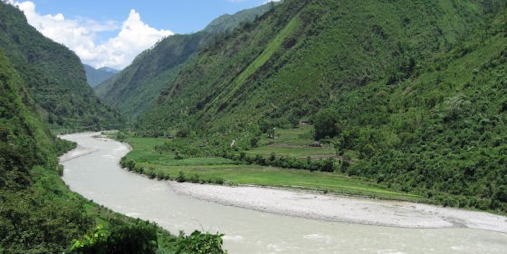 An exporter of clean energy?

The potentials for change in a more sustainable direction is huge, if Nepal would develop its potential of hydro power, Mikkel Vindegg thinks.

– Running most things on hydropower, rather than on unsustainable, non-renewable resources would remove a huge expense from the Nepalese government. It would do a lot to reduce pollution. There are plans to build an electricity-run metro here which would reduce both traffic and the amount of fuel you need to import for running all these cars. You also wouldn’t need the generators anymore which equally take a whole lot of diesel or petrol to run.

But being a poor country, Nepal cannot afford to do this transition on its own. Companies from around the globe, Norway included, have therefore started to invest in the development of Nepal’s water resources.

While people generally don’t oppose the involvement of foreign companies as they don’t have much faith in their own politicians and institutions either, there have been reports about resistance against some hydropower projects and the way the government and foreign companies are operating those.

– I haven’t encountered much resistance among my informants yet, but I might look a bit more into questions of control over one’s own water resources and the consequences of hydro projects for the people living nearby, he says before going for another visit to the factory next door.